Breaking
What You Need To Know About Your Startup...
Governor Signs Landmark Student Loan Borrower Protection Bill...
Reddit Co-Founder Alexis Ohanian Plans $150 Million Investment...
This Week In XR: Enterprise Adoption And Financing...
The Disadvantages Of Aging In Place
How Advances In Customer Service Can Take Telehealth...
5 Reasons Why Your Startup Needs To Be...
Beyond-Professional: What Is The New Workplace Normal?
After 75% Rally, Johnson Controls Stock Looks Fully...
The Future Is Now: This Start-Up Offers Carbon-Free...
Eight Boxes To Check If You Want To...
Where Have All The Entrepreneurs Gone? A Conversation...
Seven Lessons On Raising Funds During A Seed...
Nintendo Just Stealth Released ‘Kirby Fighters 2’ For...
Will Christmas Come Early For Retailers This Year?
Two New Bills In Congress Offer Clarity For...
Home General Winklevoss Twins Tell Bar Stool’s Dave Portnoy To Pick Bitcoin Over Gold Due To Elon Musk’s ‘Space Mining’
General 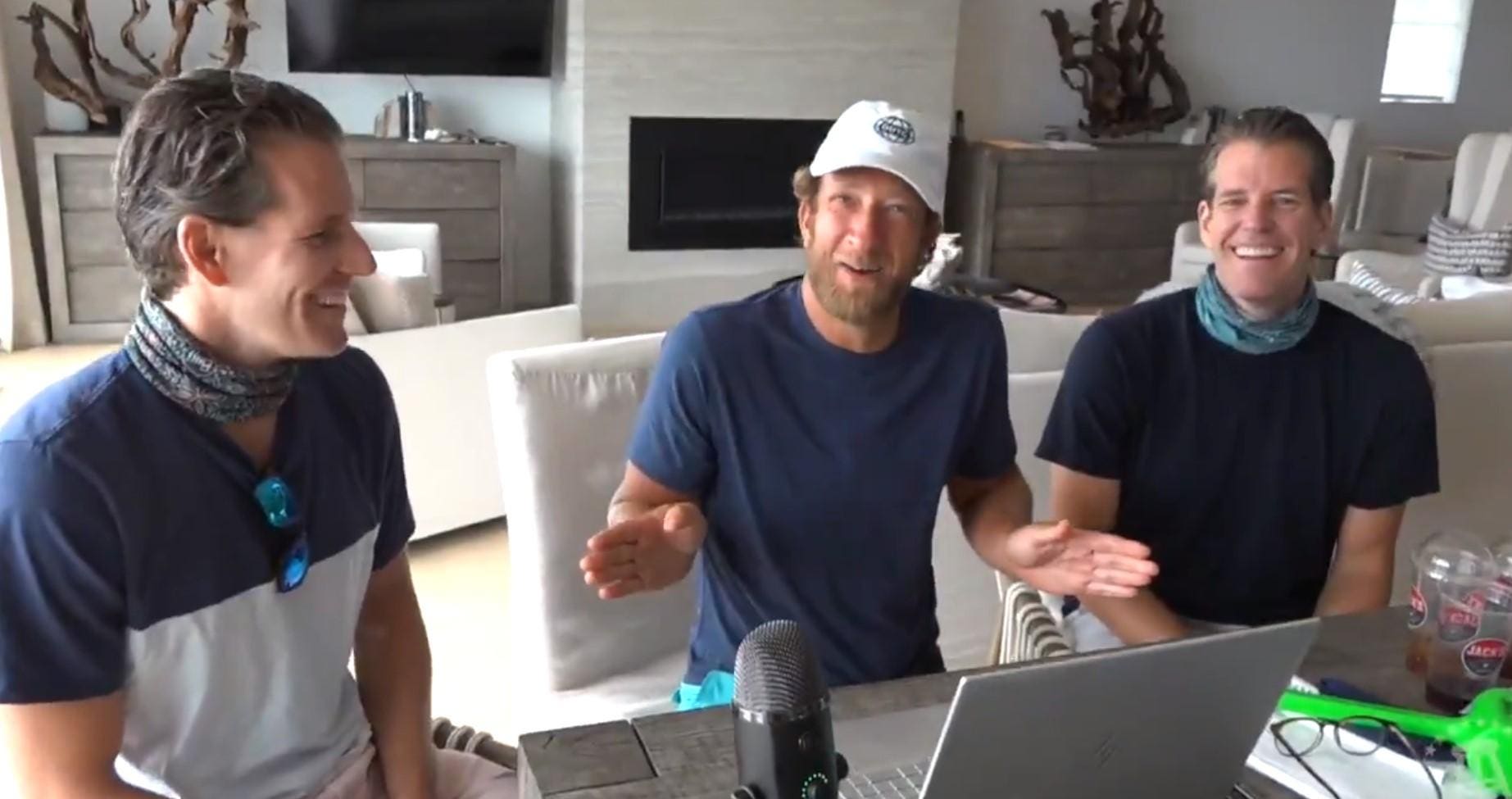 The Winklevoss twins, Cameron and Tyler, have told Barstool Sports founder-turned rambunctious day trader, Dave Portnoy, bitcoin is a safer bet than gold due to Elon Musk’s “plans” to mine the precious metal from asteroids.

In a much-hyped interview just over a week after Portnoy invited the twins to “explain bitcoin” to him, the two founders of New York-based bitcoin and cryptocurrency exchange Gemini told Portnoy, “gold is a problem because the supply isn’t fixed like bitcoin”—with “billions of dollars of gold floating in asteroids around this planet.”

“We think of bitcoin like internet gold,” Cameron Winklevoss told Portnoy in a video that’s been viewed over 500,000 times on Twitter, adding bitcoin, like gold, gets its value from its scarcity.

“If [Elon Musk] mines all the gold on the asteroids, all of a sudden gold is worthless,” he said. “And I think he will.”

“There’s billions of dollars of gold floating in asteroids around this planet,” said Tyler Winklevoss, explaining that, on the other hand, there will only ever be 21 million bitcoin tokens.

“Elon Musk is going to destroy gold. [He’s] going to get up there and start mining gold. That’s why gold is a problem, because the supply isn’t fixed like bitcoin. Gold is for boomers who don’t understand that.”

While the idea sounds far-fetched, Musk himself responded to Portnoy via Twitter, linking to a Fox News story published in June that reports the U.S space agency, NASA, is, “eyeing up a nearby asteroid that contains enough gold to make everyone on Earth a billionaire.”

In March, NASA named Elon Musk’s SpaceX as the company that will launch a mission to the asteroid, named Psyche 16.

Asteroids between the planets Mars and Jupiter hold the mineral wealth equivalent to about $100 billion for every individual on Earth, according to NASA.

“Elon can’t change the supply of bitcoin,” Cameron Winklevoss said. “It’s the only fixed asset in the galaxy.”

Portnoy has built a reputation as a stock market day trader during the coronavirus lockdowns, finding massive success due to stock market rallies caused by unprecedented market intervention by the U.S. government and the Federal Reserve.

Portnoy, who has 1.7 million followers on Twitter and reaches thousands of fans through his trading live streams styled as Davey Day Trader Global, landed an interview with president Donald Trump last month.

The interview between Portnoy and the Winklevoss twins primarily revolved around the two crypto entrepreneurs trying to explain the basic principles of cryptocurrency—though Portnoy appeared more interested in it as a get-rich-quick scheme.

“I’ve had people tell me, because I have this following, I should create my own coin, I don’t know how to do that, pump it, then dump it,” Portnoy said, while waving what he calls his “green hammer of death”—used to “turn the stock market good.”

“I think I could push people to be like, ‘this coin’s valuable,’ even though it’s not,” Portnoy said, adding if the twins and Musk “pushed” his “Davecoin” he could become a billionaire.

“I literally have no idea what bitcoin is,” Portnoy told his cameraman after the interview ended—then asking, “do you?”

How Democrats And Republicans Would Tackle The Enduring Retirement Security Crisis

Can You Get Covid-19 Coronavirus From Food? Frozen Chicken Wings Test Positive