Breaking
Senator Marco Rubio Called Out Twitter For Its...
The False Narrative Of Bitcoin’s Role In Illicit...
Leading By Example Into The New Year
Why Ethereum Has Hit An All-Time High As...
How You Leave Will Shape Your Legacy
The Next Evolution Of Digital Mental Health Support
Paizo And Pinnacle Team Up For Savage Pathfinder
Mammoth U.S. Borrowing Needs Meet Lower Foreign Participation,...
This Leader’s Work To End The Organ Donation...
SAP BrandVoice: Re-Thinking Tax Reporting And Collection In...
What ‘Backs’ The Dollar? Easy: Production
How To Create A Bulletproof Patent
Here’s The Same Financial Advice Given To Mike...
Consumer Health And Wellness Needs Bring New Challenges...
The (Not So) Secret Science Of Whiskey Value...
The Next Five Years: Cyber Insurance Predictions Through...
Home Finance With All Eyes On Bitcoin, Another Crypto Is Up 500% In The Last Year—And It’s Still Soaring
Finance

With All Eyes On Bitcoin, Another Crypto Is Up 500% In The Last Year—And It’s Still Soaring

Bitcoin has been pushed back into the spotlight thanks to its recent rally and renewed interest from Wall Street.

The bitcoin price, jumping over $12,000 per bitcoin late Sunday evening, has added 30% over the last month—though some smaller cryptocurrencies have made far bigger gains.

Chainlink’s link token has now added 120% to its price in the last month, climbing to over $13 per token, and adding to gains of around 500% in the last year—with some investors saying link is still “wildly undervalued.” 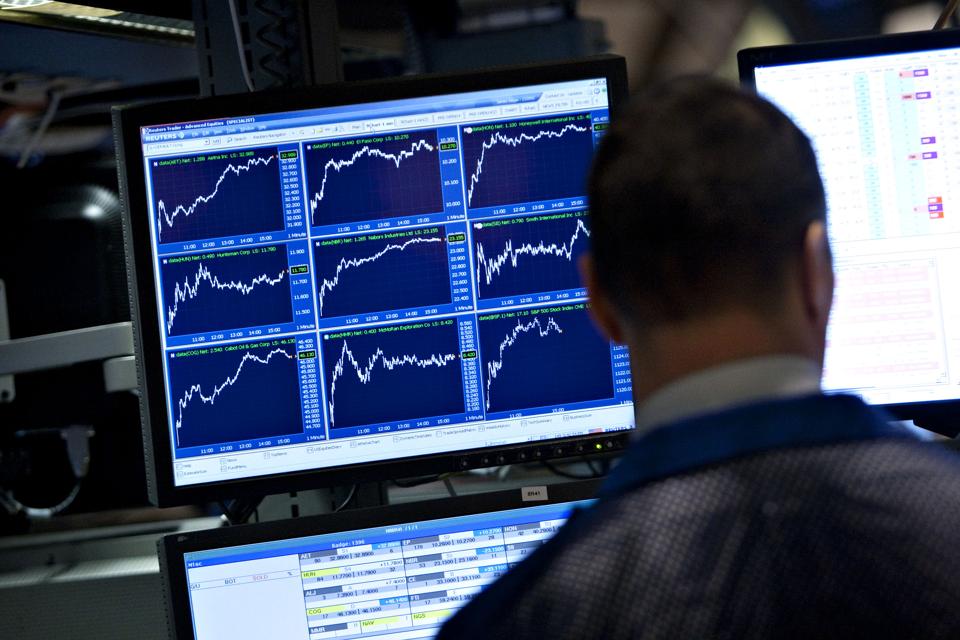 “Chainlink is on track to function as its defecto security layer for any and all transactions of meaningful value,” Michael Anderson, co-founder of Framework Ventures, the largest private holders of link tokens outside of the core team and exchanges, said via email.

Chainlink, an ethereum token that powers a decentralized network designed to connect smart contracts to external data sources, has has been boosted in recent months by a surge of interest in decentralized finance (DeFi)—the idea that blockchain entrepreneurs can use bitcoin and crypto technology to recreate traditional financial instruments such as loans and insurance.

“As it stands, blockchains are unable to speak in a trustless way with real world data, meaning they require some sort of blockchain abstraction layer that lies between the blockchain and the outside world,” said Anderson, adding Chainlink’s importance has “become more apparent as billions of dollars have been locked up in DeFi products reliant on smart contracts.”

Since early June, the total value locked in DeFi protocols has risen from around $1 billion to almost $5 billion, according to data from DiFi Pulse. 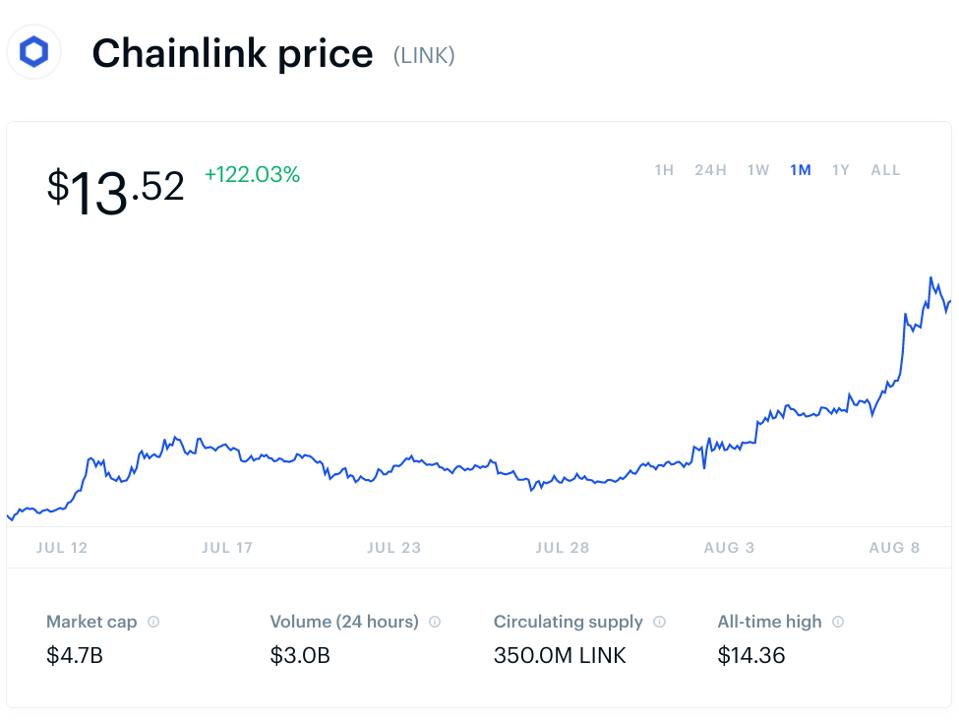 The price of Chainlink’s link token has more than doubled in value over the last month, far … [+] outpacing bitcoin’s 30% rally.

Meanwhile, the cryptocurrency token of a Chainlink competitor, band, the native token of Band Protocol, has also soared in recent weeks.

Band, ranked 43rd on CoinMarketCap’s list of most valuable cryptocurrencies compared to link’s 6th, has added almost 5,000% since its rally began in early April.

Despite link’s massive rally, Anderson is confident the link price will continue to climb, pointing to Chainlink’s ambitions to work with smart contracts “for any transaction that requires real world data, events and payment.”

“A correction is possible in the short term, but even if the link price were to double tomorrow, we’d still think it’s wildly undervalued in light of the long term vision,” he said.

“If they achieve even a fraction of what they’ve set out to do, the implications for enterprise, banking, derivatives, insurance and more will be enormous.”