Breaking
Florida Supreme Court Tells The American Bar Association...
How to Write Perfect Paid Social Media Marketing...
How To Boost Productivity In Your Small IT...
How Restaurants Can Design a More Sustainable Food...
Expenses That Small Business Owners Need to Be...
How You Can Make Saying Goodbye To The...
Biden To Meet Royal Family At Cornwall’s Eden...
It’s Going To Be Emotional — Going International...
Peer Mentoring For Students: STEM & Buds
7 PR Trends in 2021: The Story So...
Google Plans Radical New Google Pixel Smartphone Upgrade
Where Did COVID Come From?
Ride To Growth With A Business Vehicle
C3.ai’s Tom Siebel: How To Scale AI
Moz Acquired by iContact Marketing Corp
10 Examples of Brands Using TikTok Stitch and...
Home Technology With COVID-19 Coronavirus, Here Are 15 Ways To Avoid Shaking Hands
Technology

With COVID-19 Coronavirus, Here Are 15 Ways To Avoid Shaking Hands 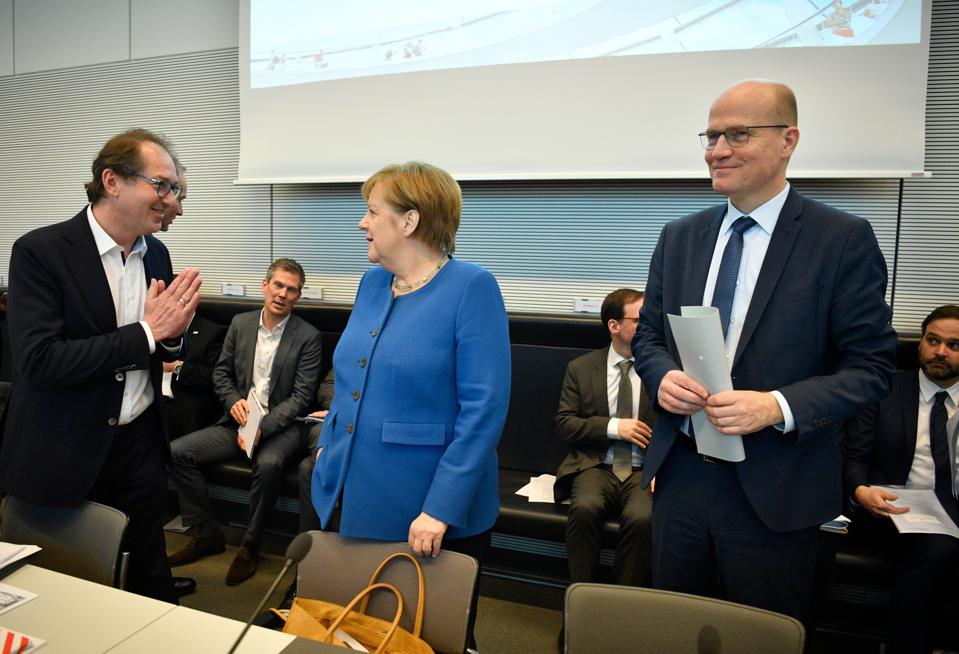 Uh oh. Here it comes. The moment that you’ve been dreading. That person is about to extend his or her hand to shake yours. But all you can think of is: what is on that hand? Is there the flu virus, the rhinovirus, Salmonella, Campylobacter jejuni, Listeria monocytogenes, or Poopus ohmygoodness? Could there even be the COVID-19 coronavirus? Whatever that person is carrying, he or she is about to hand it to you. And you just want to “shake it off,” the handshake that is. What do you do?

Yep, the current COVID-19 coronavirus outbreak is a reminder that the handshake is a great way of transferring different microbes like viruses and bacteria from one person to another. After all, while the eyes may be the windows to the soul, the hands are like the shovels, sponges, and pipe cleaners. They touch, dig, rub, and pick at everything on a person’s face and body as well as everything around him or her. They can be, in a word, gross. In two words, they can be really gross. That’s why Mark Sklansky, MD, Nikhil Nadkarni, and Lynn Ramirez-Avila, MD, MSC from the David Geffen School of Medicine at UCLA went as far as to recommend in a commentary in a June 25, 2014, issue of JAMA that the handshake be banned from healthcare settings.

So it does make sense to avoid shaking hands during the current SARS-CoV2 outbreak. What then can you do instead? Here are 15 possibilities:

This is otherwise known as the “leave them hanging” or the “yeah, that’s not going to happen.” It’s not very creative and brings social and political risk. Avoiding any greetings or farewell is not going to make you too many friends or allies.

This is like number 15 but potentially better socially and politically. At least, you explain why you don’t want to shake hands. Be careful with your explanation, though. The words “filthy”, “grubby”, “nose-picking”, and “poop-laden” should not be part of your explanation. Instead, offer a scientific explanation that essentially says, “it’s not you, it’s them,” with them being microbes like SARS-CoV2. This seems to be tactic used by the German interior minister, Horst Seehofer, when he declined Chancellor Angela Merkel’s attempted handshake as seen in this video from The Guardian:

This has the advantage of not touching hands. However, there are risks. First of all, if you don’t position yourself well, it may end up being inadvertently “the kiss,” which is not a great way to avoid transmitting microbes if either of your is infected and may not be what one or both of you wanted. Even if you do manage to avoid touching faces, it can bring your faces a little too close. Plus, a chest bump doesn’t quite work for everyone. Never chest bump anyone without knowing for sure that he or she is OK with it. All in all, this is not a great replacement for a handshake.

This has the advantage of avoiding the fingers and palms of the other person. People don’t tend to pick their noses with their knuckles unless they have gigantic nostrils. They also are less likely to touch things with the back of their hands, unless they tend to use unusual flipper motions. A study published in the American Journal of Infection Control found that the fist bump transferred significantly fewer microbes. However, the back of their hands can still come into contact with their eyes, nose, mouth, and butt, not necessarily simultaneously. For example, the wipe off that snot move can involve the back of the hand. Moreover, the knuckles and back of the hand are still rather close to the fingers and palms, leaving them vulnerable to spillover. It’s like living right next to a bar. So if you do the fist bump, you may want to still wash your hands afterwards. Also, don’t do the fist bump too vigorously. Otherwise, it becomes the punch.

This option has made the rounds on social media as evidenced here:

It’s relatively new, so doing it may startle the other person. After all, kicking another person doesn’t tend to be a sign of respect. Do this only if the other person has a clear idea of what you are trying to do. Also, make sure that you have your shoes tied on or buckled properly. Having a shoe fly into a person’s face completely defeats the purpose of a friendly greeting or farewell.

Touching your eyes, nose, mouth, or butt with your elbows would require an amazing effort. So your elbows may be distant enough from the microbe-carrying and microbe-vulnerable areas of your body. This American Red Cross Gold Country Region video explains why they’ve replaced shaking hands with elbow bumps:

One potential complication is that the Centers for Disease Control and Prevention (CDC) recommends coughing or sneezing into one’s upper sleeve or inner part elbow. That could leave microbes close to and potentially on the elbow. The elbow bump may be tougher to do if you are wearing gigantic shoulder pads or a huge cape.

This option completely avoids contact, as long as you don’t wave too wildly and slap the other person in the face. A slap, by the way, is a terrible greeting. Of course, physical contact can help achieve further rapport, so you do lose that with the wave. But you can potentially compensate by simultaneously revealing an embarrassing detail about yourself, if appropriate. For example, you can wave and say, “hey, I wore my clothes backwards yesterday.” If you are going to wave, make sure you do it appropriately. An overly enthusiastic wave can make people think your are either a Disney World mascot or someone who doesn’t get out of the house much. The accompanying facial expression is important too. Grinning excessively while waving can appear creepy.

This isn’t different enough from the wave to merit it’s own number. But it is not exactly the same as a wave. For example, doing jazz hands may be quite different from a simple wave if you are delivering a Presidential address or a sermon. 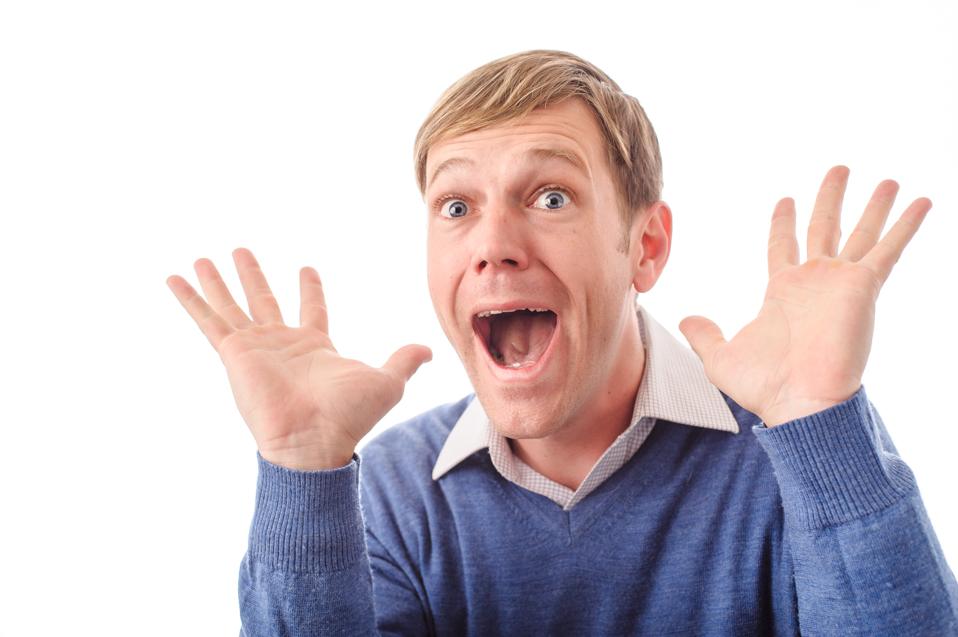 Jazz hands can be quite different from a standard wave.(Photo: Getty)

This uses one finger and not multiple fingers. A multi-finger point can look like your are trying to cast a spell on the person or obtain a dog treat. Pointing needs to be done carefully and not too aggressively. An aggressive point may seem like you are trying to draw attention to something like a zit. Your facial expression and posture need to be appropriately synchronized too. Do not have an expression that looks surprised, disgusted, or too intense. Also, do not say, “pull my finger.”

These can be combined or done separately. The gun is not a real gun, which again would defeat the purpose of the greeting, but rather forming the shape of a gun with your fingers. A common tactic is to provide a sound effect or phrase while doing these. It may be making a popping sound with your mouth or saying, “right back at ya.” If you are going to do either or both, it’s important to do them in a way that’s not creepy.

The Fonz, a character from the 1970’s sitcom Happy Days, polits, and astronauts have routinely used this gesture. Be careful, though. There are some parts of the world where this gesture can be rude. Also, makes sure the thumb is facing upwards and not downwards.

This is an up and down movement of your head. You can either utter the word “sup” at the same time or have it be implied. Using this greeting makes it easier to use the word “bruh” during the ensuing conversation.

Japan has clearly been on to something. They’ve been using bowing as a greeting or a farewell for years now. There are many variations of the bow, including partial bows like the “namaste,” which is a slight bow while your hands are pressed together. Before you bow too low, remove any excessive bling from around you neck or pocket change from your shirt pocket that may then drop on to the ground.

You may think that this requires wearing a hat. But you can pretend that you are wearing a hat and do a virtual tip. Do not take this make-believe out too far, though. If you continue to pretend that you have an imaginary hat, the other person may start to wonder about you. Also, try not to make the hat too enormous, whether real or imaginary.

This is a dance move in which you hold your body still except for your shoulders, which you alternate back and forth quickly so that you look like a giant sprinkler or something trying to get out of a cocoon. This CBC video shows how to do it:

1. Any other dance move.

The Charleston, the Robot, the Dougie, the Floss, the Carlton, the River Dance, or the dance that Johns Travolta and Uma Thurman did in the movie Pulp Fiction. All of these could be viable greetings and farewells. Hey, you can even get creative with it and make up a dance. At least, you will be remembered. 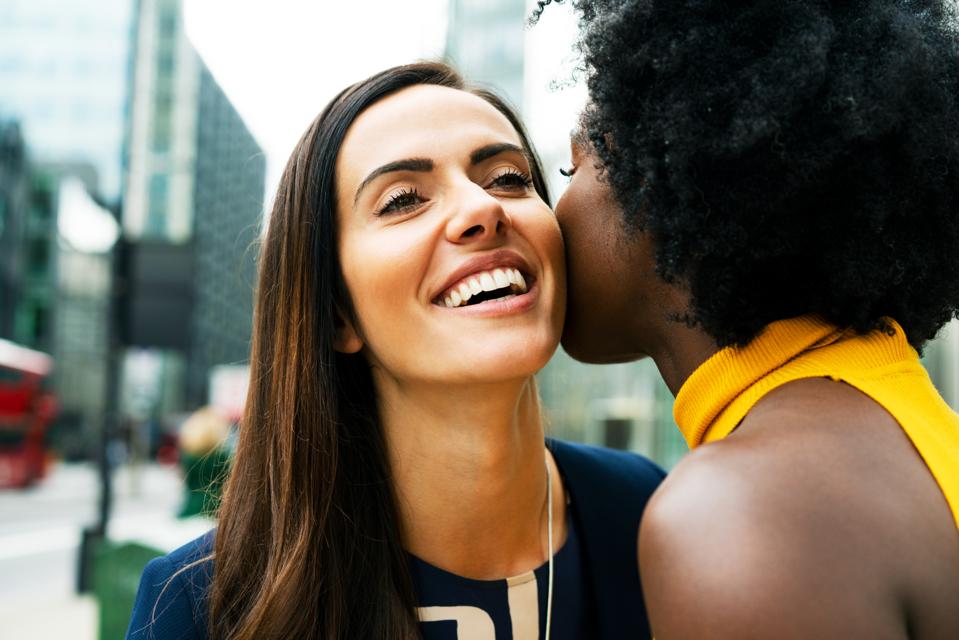 What about kissing and touching cheeks as a way of greeting and bidding farewell then? Certainly, touching your faces can be an even more direct way of transmitting respiratory viruses. You may not be able to effectively smear hand sanitizer all over your face or stick you face under a public bathroom faucet after such a greeting has occurred. Even if you could, it may not effectively prevent the virus from getting into your eyes, nose, and mouth. Therefore, consider replacing kissing with the aforementioned handshake alternatives as well.

The SARS-CoV2 undoubtedly will have a number of lasting effects. One of them may be to change the way that people greet and bid farewell to each other. Shaking hands may seem convenient and a good way to establish rapport. But is it really necessary? Wouldn’t you rather see people do the Robot to each other?

No Galaxy Will Ever Truly Disappear, Even In A Universe With Dark Energy