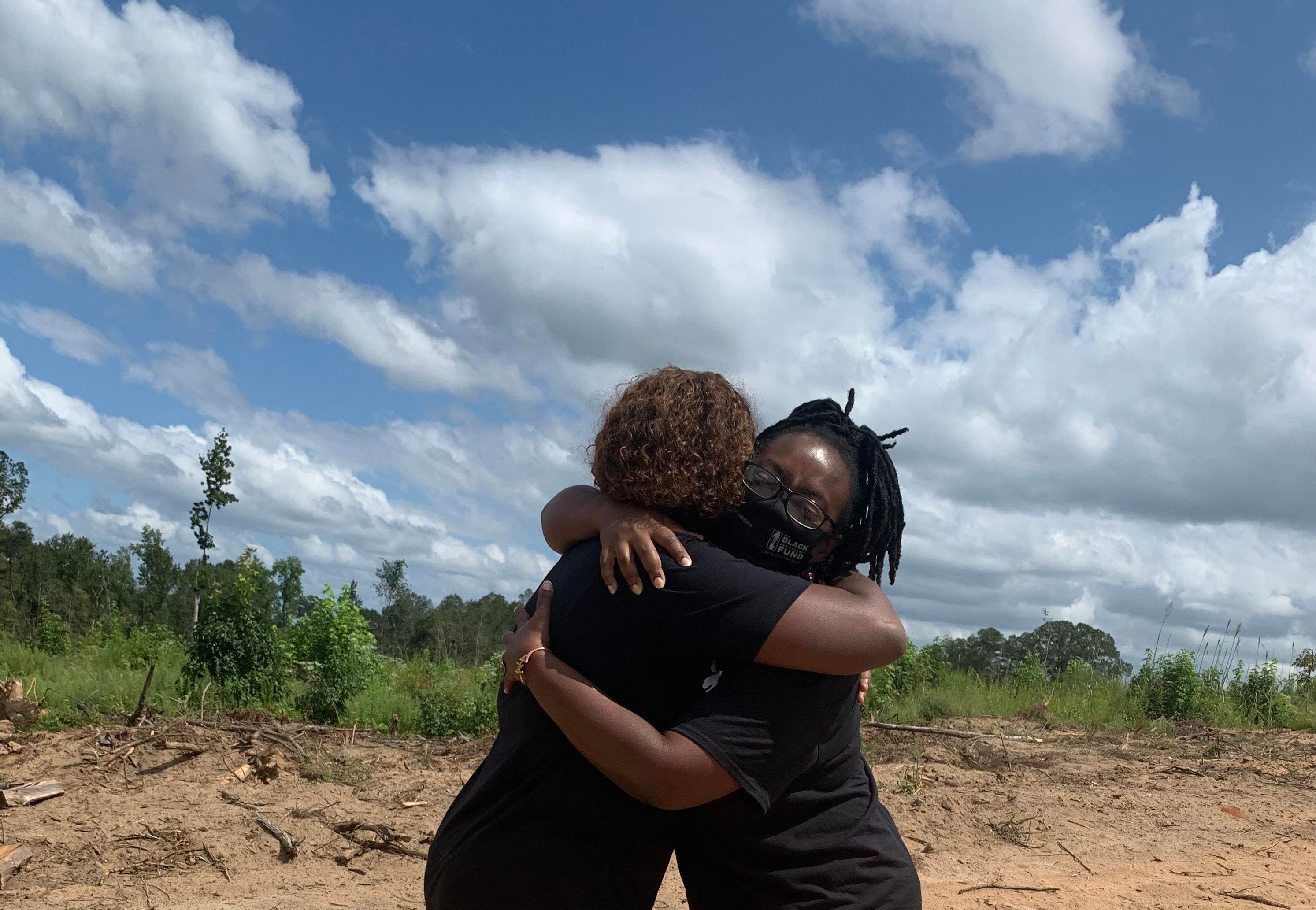 Correction: The original article misstated the number of acres they purchased and has been updated.

When a news clip from two years ago resurfaced and went viral, Renee Walters and Ashley Scott were among a crowd of people visiting the town of Toomsboro, Georgia to consider purchasing 40 acres, including a syrup mill, an opera house, a cotton warehouse, and a railroad depot, put up for sale by the owner.

After touring the town, Walters and Scott decided they had a better idea. Scott is a real-estate agent in the town of Stonecrest, Georgia, which four years ago became the “first majority-black city created by its own residents since Reconstruction,” according to an article in The Atlantic. Inspired by Stonecrest, and the Black cityhood movement, the two friends decided that instead of buying land that had already been developed in a town that had already been incorporated, they would purchase 96.71 acres of unincorporated soil nearby. On this land they would build the town of Freedom, Georgia.

“With all that’s going on, Black folks are looking for ways to address the issues that our government will not address,” says Scott.

They told me they got nineteen friends on a Zoom call—“you get ten of your friends and I’ll get ten of my friends” — and ten families signed on immediately. The families are equal partners, and have already registered an LLC— Freedom Georgia Initiative— that will fundraise to build the city, they say. Walters and Scott imagine a city created for Black people and their allies that will be completely green, eco-friendly, and self-sufficient. It will give contracts to Black developers, Black inventors, and Black-owned utility companies. It will have infrastructure for leisure and eco-tourism.

In the past 15 years ten new cities have been incorporated in Georgia. Stonecrest was the first majority-Black city in a scramble for cityhood that had been led by predominantly white neighborhoods, starting with the incorporation of Sandy Springs in 2005.

In Fulton County, John’s Creek, Milton and Chattahoochee Hills followed Sandy Springs in immediate years. In DeKalb County, the cities of Dunwoody, Brookhaven, and Tucker were incorporated. And in Gwinnett County, Peachtree Corners became a city. These were all majority white cities.

When the Stonecrest City Alliance was campaigning for cityhood in 2016, President (and current Mayor of Stonecrest) Jason Lary was accused of “employing the strategies of the very people whose political tactics had weakened local black communities for more than a decade,” writes Sam Rosen in The Atlantic. The cityhood movement had, until then, been characterized by wealthier neighborhoods frustrated that their tax dollars were not proportional to the services they received. Corrupt governments in DeKalb County and Fulton County were also cited. The de facto self-segregation was not explicit and was outright denied by one of the principal architects of the scheme, Oliver Porter, when pressed by The Atlantic’s Sam Rosen.

South Fulton followed the incorporation of Stonecrest in 2017 as the next majority-Black community to separate from a county government. Yet the majority-Black community of Greenhaven tried for multiple years to incorporate with no success, joining the failed bids of Eagles Landing, Sharon Springs, and Vista Grove, and leading some to speculate that the cityhood movement in Georgia has lost political momentum.

Walters and Scott are depending on the state government and local politicians to support their initiative, both through legislation and funding. “Help us fund it, help us build it,” they say. For the Freedom Georgia Initiative, the political struggle to incorporate the city is a fight for future Black cities to come. They envision a Freedom, Mississippi; a Freedom, Alabama; a Freedom, Florida.

They are drawing upon the legacy of thriving Black cities and towns across the United States, a movement that reached its peak half a century after the Civil War according to historian Norman L. Crockett.  Despite a “dearth” in existing records, “at least sixty black communities were settled between 1865 and 1915,” writes Crockett in his 1979 book “Black Towns.”

“We had black cities for a very long time,” says Walters.

“I genuinely believe if Black people had been able to live their lives without white aggression and supremacy… Black people would have brought kingdom of heaven on earth by now.”