Breaking
11 Considerations When Determining An Equity Offer To...
ESG Metrics: A Path Forward For Companies
‘Moriarty The Patriot’ Makes A Hero Of Holme’s...
Mind The 99 Year Gap: How To More...
The WFH Revolution: How Covid-19 Is Changing The...
eToro Announces Staking For Cardano And Tron
Fintech Startups: Plan For Your Customers’ Emotional Realities
The End Of Third-Party Data — Finally
The Scientologist Billionaire Trying To Make A New...
Mission-Driven Fintech Kontist Shakes Up The Future Of...
What Can The Simple Fact That ‘We Exist’...
Stock Market: Here Comes October With Scary Tricks...
Farmers, College Students, And Food Banks Across The...
Thinking Of Writing A Book To Grow Your...
Microsoft Security Report Highlights New Sophisticated Threats From...
3 Steps To Help You Build Entrepreneurial Confidence
Home Business With KKR Deal, Asia’s Richest Man Raises More Than $10 Billion In A Month For Jio Platforms
Business 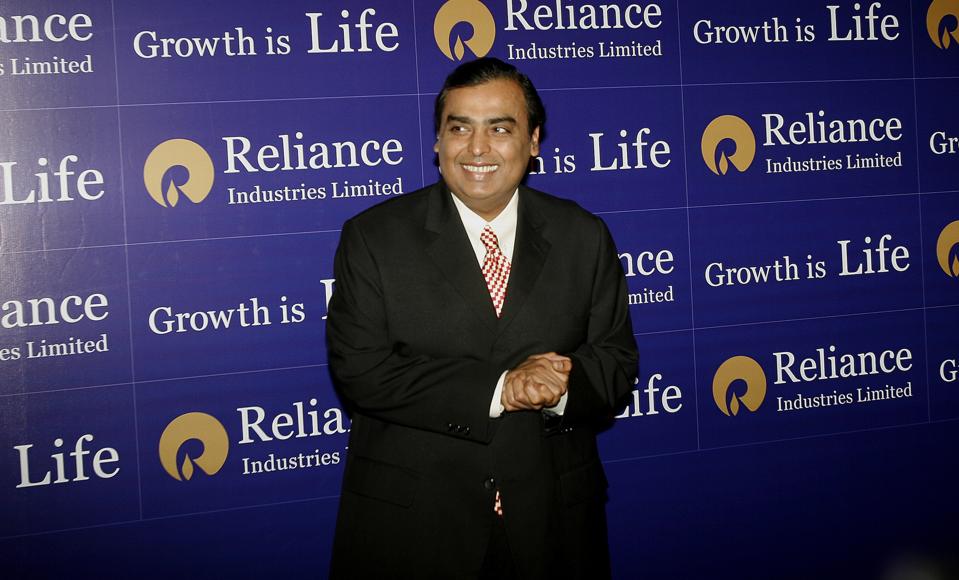 KKR is paying 113.7 billion rupees ($1.5 billion) for a 2.3% stake in Jio, becoming its fifth investor in a month, Ambani’s oil-and-gas giant Reliance Industries said in a statement on Friday. The deal is also KKR’s largest investment in Asia.

So far Ambani, who serves as chairman and managing director of Reliance Industries, raised $10.3 billion in one month from selling roughly 17% in Jio. As of Friday, Ambani has a net worth of about $53 billion, making him the richest person in Asia.

The Jio investments started with a bang exactly one month ago, on April 22, when social networking giant Facebook agreed to acquire close to 10% for $5.7 billion. Since then, three U.S. private equity firms invested in Jio: Silver Lake Partners bought just over 1% for $748 million, Vista Equity Partners paid $1.5 billion for a 2.3% stake and General Atlantic acquired a 1.3% stake for $870 million.

More on Forbes: Asia’s Richest Man Is On A Roll With Fourth Deal In Less Than A Month For Jio Platforms

KKR’s investment values Jio at $65 billion—the same amount as the previous General Atlantic deal and a 12.5% premium to the first investment, by Facebook.

Ambani said in a statement that he was “delighted” to have KKR as a partner in its “onward march to growing and transforming the Indian digital ecosystem for the benefit of all Indians. KKR shares our ambitious goal of building a premier Digital Society in India.” (Disclosure: Reliance Industries owns Network18, a licensee of Forbes Media.)

“Few companies have the potential to transform a country’s digital ecosystem in the way that Jio Platforms is doing in India, and potentially worldwide,” said Henry Kravis, cofounder and co-chief executive of KKR, in a statement. “We are investing behind Jio Platforms’ impressive momentum, world-class innovation and strong leadership team,” Kravis added, who has a fortune of $5.7 billion.

KKR, which has been investing in India since 2006, manages multiple alternative asset classes, including private equity, energy, infrastructure and real estate, among others. The firm has invested more than $30 billion across over 20 tech companies, including ByteDance, the Chinese owner of the popular short-video app TikTok, and Indonesian ride-hailing startup Gojek. KKR will invest in Jio through its Asia private equity and growth technology funds.

With 388 million subscribers, Jio has become Reliance’s growth engine, helping—along with the company’s fast-growing retail arm—to offset the decline in oil and petrochemicals. Its total annual revenue increased by 5% to $87.4 billion and it reported a net profit of $5.3 billion in the fiscal year ended March 2020.

KKR’s investment in Jio will be used to redeem optionally convertible preference shares of its parent Reliance Industries and “that will ultimately lead to a reduction the parent’s debt,” Ajay Bodke, chief executive and chief portfolio manager of Prabhudas Lilladher, a Mumbai-based stockbroking firm.

Reliance is also raising $7 billion in a rights issue—its first in three decades. It opened on May 20 and will close on June 3, and has been priced at 1,257 rupees per share, a 14% discount to the current stock price of 1,441 rupees.

This Chinese Phone Has A Thermal Camera For Coronavirus Temperature Checks

11 Considerations When Determining An Equity Offer To...