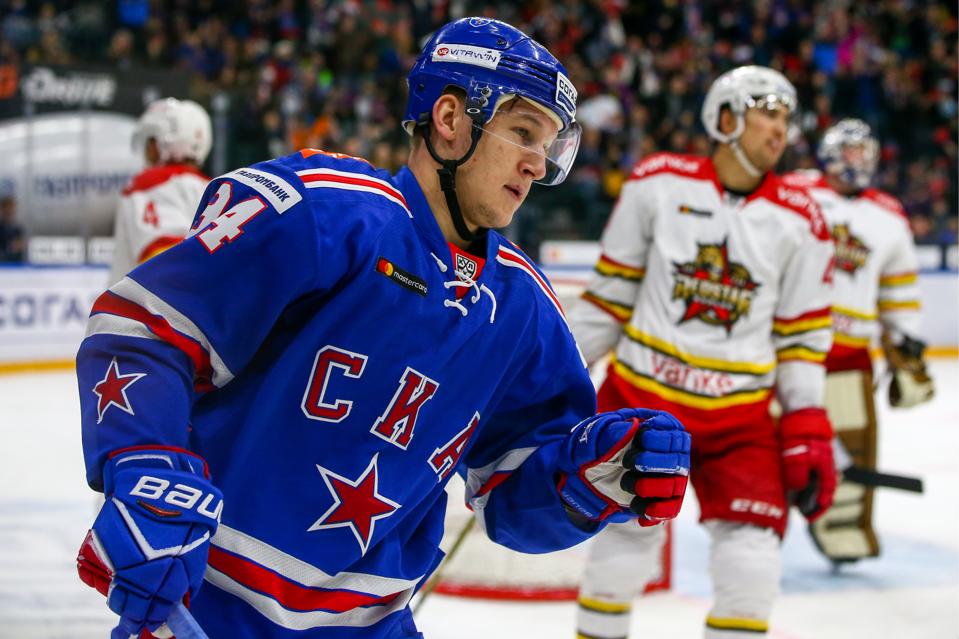 For the second time in as many years, the Toronto Maple Leafs have taken a low-cost, high-potential swing at a mid-20s Russian forward.

On Tuesday, that swing came in the form of signing Alexander Barabanov to a one-year entry-level contract for the 2020-21 season.

“He’s a very good skater,” Barabanov’s agent, Dan Milstein, told Forbes. “He works hard along the boards, he always seems to win the battles. And he is going to make the top players better.”

That last line is what should appeal most to the Maple Leafs, a highly-skilled offensive machine that can never have enough supporting cast members. It’s no coincidence that Barabanov spent time on a line with Russian stars Alex Ovechkin and Ilya Kovalchuk during the 2019 IIHF World Championship. 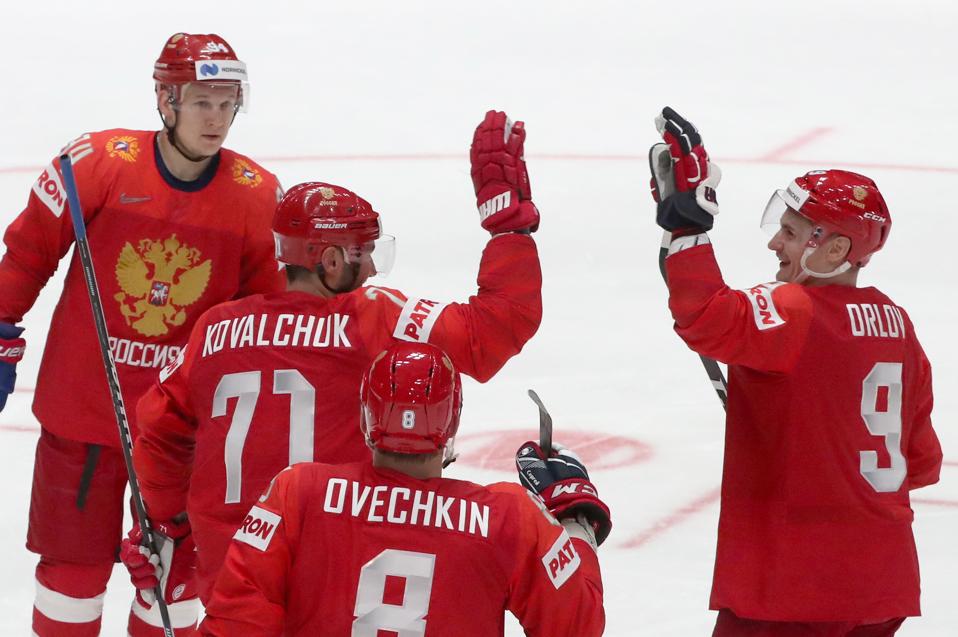 Toronto inked another speedy Russian facilitator — and Milstein client — last spring in Ilya Mikheyev. The 25-year-old Mikheyev had a strong showing in his rookie campaign (23 points in 37 games) before a nasty wrist injury forced him out in late December.

As Sportsnet’s Chris Johnston reported months ago, Kyle Dubas went “above and beyond” in his care for Mikheyev, which included keeping him company in the hospital for parts of three days and going out to buy him clothes and personal items.

“I’ve been saying this since long ago: The Maple Leafs as an organization, the way they recruit is almost like college recruiting,” Milstein told Johnston. “Many (other) teams would say ‘Yeah, well they can afford to do it.’

“But caring for somebody and treating people like this doesn’t cost any money. Showing support, showing you care, is about a lot more than money.”

It’s impossible to know how much Toronto’s treated of Mikheyev impacted the decision of his countryman Barabanov — but it certainly couldn’t have hurt.

Toronto’s signing of Barabanov caps a multi-year pursuit of the forward. And the Maple Leafs were far from the only team on the scent.

Milstein said “well over 20 teams” had expressed interest in Barabanov over the past three years. The Maple Leafs were among the earliest teams to reach out and they held his interest all the way through.

Toward the end, Barabanov narrowed his decision to the Maple Leafs and the Arizona Coyotes. Both Arizona general manager John Chayka and Toronto GM Kyle Dubas made multiple trips to Russia in the past two years to visit with him and watch him play in the KHL and on the international stage.

Ex-Toronto coach Mike Babcock travelled overseas last summer to see Barabanov as well, while current Toronto coach Sheldon Keefe has had several video calls with him since taking over in November.

When the KHL shut down its season a couple weeks ago in response to the COVID-19 pandemic, Barabanov hit free agency a bit earlier than usual.

And when it came time to pick an NHL suitor, he went with his gut.

“Alex said that it was love at first sight,” Milstein said. “He basically went with his first instinct.”

How To Be A Strong Remote Leader During Lockdown

The Big Ten Network Was Created By And...

Were There Signs Of A Slowdown In The...

Where Were You Personally And Professionally In The...