Minecraft, the wildly popular videogame with legitimate value for building kids’ creativity and collaboration, has probably saved the sanity of more than a few parents dealing with young ones out of school from the pandemic. With summer vacation at hand and uncertainty still hovering over the fall, Microsoft MSFT is leaning hard into the education angle, announcing the release of seven new Minecraft: Education Edition Esports Worlds with full lesson plans and educator frameworks.

The new worlds feature settings including pirate ships, outer space, and a magical garden. Players collaborate in teams, competing against the clock to build epic creations using Minecraft’s charming and endlessly-compelling block architecture. Each scenario is built with an educational objective in mind. For example, in the Pirate Cove lesson, students are incentivized to develop creativity, decision making, communication and collaboration skills. The building and planning aspects of Minecraft also encourage visualization and 3D thinking. All these skills will serve students well in future learning and STEM-oriented professional environments, and all are the kind of abstract subjects that can be hard to teach in a traditional classroom environment.

The esports element adds a layer of competitive challenge to further engage students in learning, providing an emotional incentive to grapple with the visualization and teamwork aspects. This technique, known as “gamification,” has not only taken root in education and training, but is receiving increasing official sanction for its effectiveness. Recently, the e North America Scholastic Esports Federation (NASEF), which has esports clubs in schools across the United States, Canada, and Mexico, has published research indicating that students who participate in esports make significant gains in social-emotional learning through positive mentoring and student leadership. 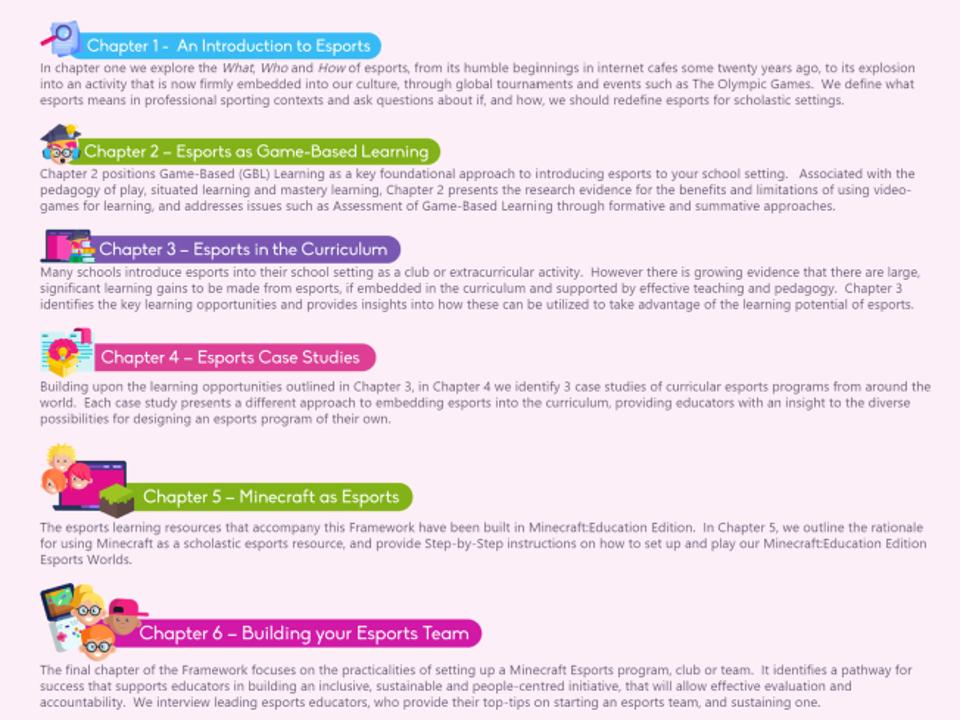 An example of the educational framework materials provided by Microsoft as part of the Minecraft … [+] Educator Edition.

With the release of this educator’s edition, Microsoft is making the implicit learning value of Minecraft explicit, giving instructors (including home-schooling parents) guidance and best-practices for getting the most educational value out of esports. According to the announcement, The Esports Educator Framework provides teachers with in-depth insights into esports in education. This resource has been compiled by Immersive Minds from diverse research into game-based learning and esports, discussions, and interviews with educators and researchers. These experts include Karl Ogland from Yrkesinstitutet Prakticum, who introduced esports into education in Finland, and James O’Hagan, Director of Digital and Virtual Learning from the Racine Unified School District in Wisconsin, USA. The framework supports educators who want to use Minecraft: Education Edition with step-by-step playbooks and instructions for setup and gameplay for each lesson.

Minecraft, which Microsoft acquired from Mojang in 2015 for $2.5 billion, is one of the hidden gems in the company’s portfolio. In addition to giving the software giant a credible presence in the kids game market, Minecraft had already proven itself one of the rare games that provides genuine educational rigor without the faintest whiff of “eat your vegetables” didacticism. The more forward-thinking precincts of Microsoft were already looking at ways to apply game-based thinking and game mechanics to education. Minecraft gives these researchers an ideal platform to apply those concepts and a wealth of generalized behavior data as feedback for the effectiveness of their efforts.

This new Minecraft Esports Educators edition appears to formalize those efforts with a product that is perfectly timed to the market and likely to be a huge hit in a world where the future of education is anything but certain.

The seven new lessons and worlds in the Minecraft Esports Educators Edition are: 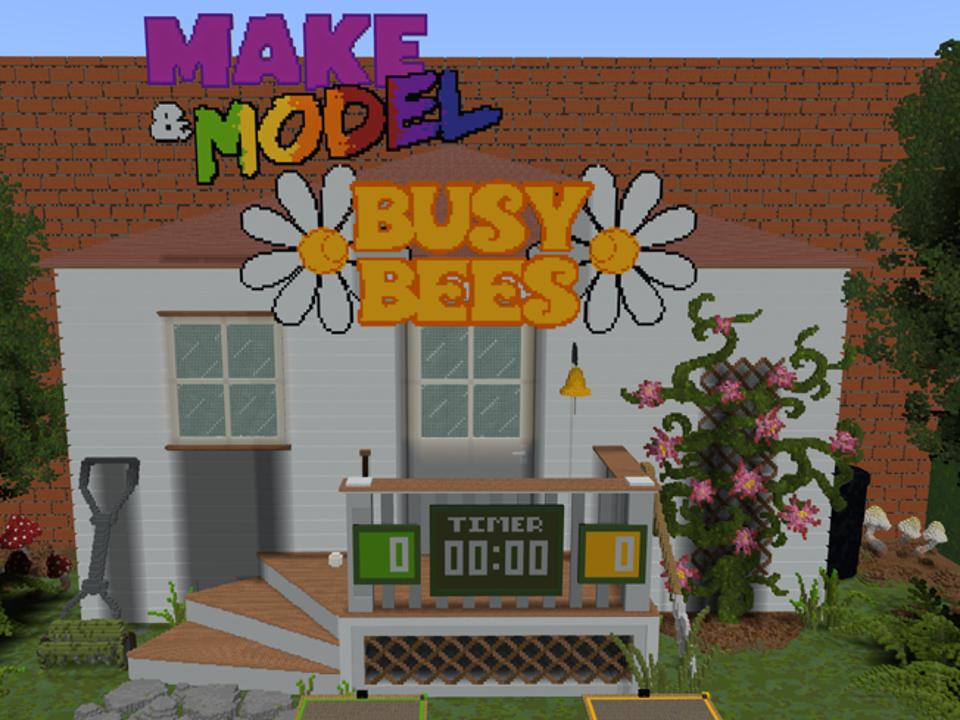 3 Things Points And Miles Experts Know (That You Should Learn)