Home Business With Traffic “Essentially Non-Existent,” SAS Will Reduce Staff By Up To 90%
Business

With Traffic “Essentially Non-Existent,” SAS Will Reduce Staff By Up To 90%

With the impact of coronavirus being felt in the aviation sector, Scandinavian Airlines (SAS) has announced that it will temporarily halt most of its operations starting on Monday, March 16, and reduce up to 90% of its staff—or 10,000 employees. 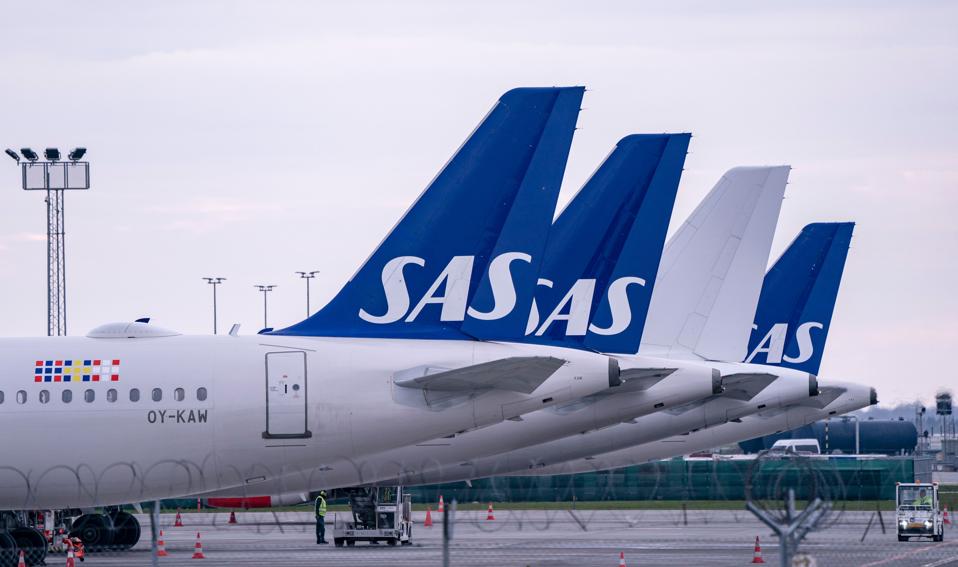 The airline will only be operating limited service for the time being, mostly focused on repatriation. The Danish government announced border closures that began at noon on Friday, warning citizens not to travel abroad and encouraging any who were over seas to return home. Norway followed suit on Saturday, announcing border closures that will go into effect on Monday.

SAS is also affected by the extended travel restrictions going into effect in Europe as well is in the U.S. Germany will be closing its border with Denmark effective March 16 as well as its borders with Austria, Switzerland and France.

“With consideration to our customers SAS will within the next few days, as far as it is possible maintain certain traffic in order to enable return flights from different destinations. We will be at the disposal of the authorities to on their behalf take home stranded citizens or maintain infrastructure important to society, as far as possible,” the airline announced in a statement.

The Danish government announced earlier today that it would support up to 75% of wages for private sector staff affected, as part of its coronavirus response. The move is intended to support employees of those companies worst affected by the border closures, including in the travel and tourism sector and airlines. The wage allowance will be retroactive to March 9 and expected to last through June 9. The government also asked that companies send employees home, but do not fire them.

Of the 10,000 lay-offs, the airline said, “The reductions will be implemented through all parts of the operation, according to national regulations. SAS is carrying out these measures for the purpose of return to normal operation as soon as possible.”

What Exactly Is Hydroxychloroquine, The Drug That Is...

Hatched In College, This 24-Year Old’s Venture Is...