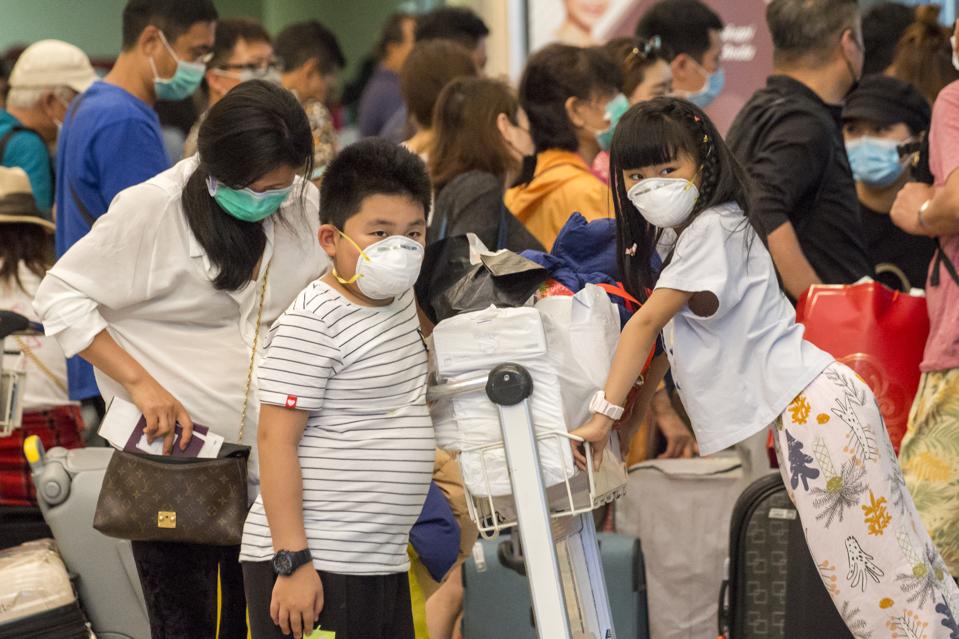 Stay put, says World Health Organization officials. The novel coronavirus, which spread out of … [+] Wuhan, has now killed over 100 people with over 1,000 new cases reported in China on Tuesday. (Photo by Teguh Prihatna/NurPhoto via Getty Images)

Foreign nationals should remain in Wuhan, the epicenter of the ever-expanding coronavirus outbreak, rather than risk spreading the viral infection elsewhere, the World Health Organization’s director general Tedros Adhanom Ghebreyesus said during a trip to Beijing on Tuesday.

China reported an additional 1,771 cases of the virus today, bringing the number of confirmed cases close to 4,700 globally since the outbreak was first reported in early December. Roughly 100 people, all in China, have died from respiratory complications caused by the pneumonia-like viral infection.

The WHO warned countries against plans to evacuate their citizens from Wuhan, a city of 11 million people. Ghebreyesus said there was no need to overreact and people should remain calm, according to the Xinhua news agency. 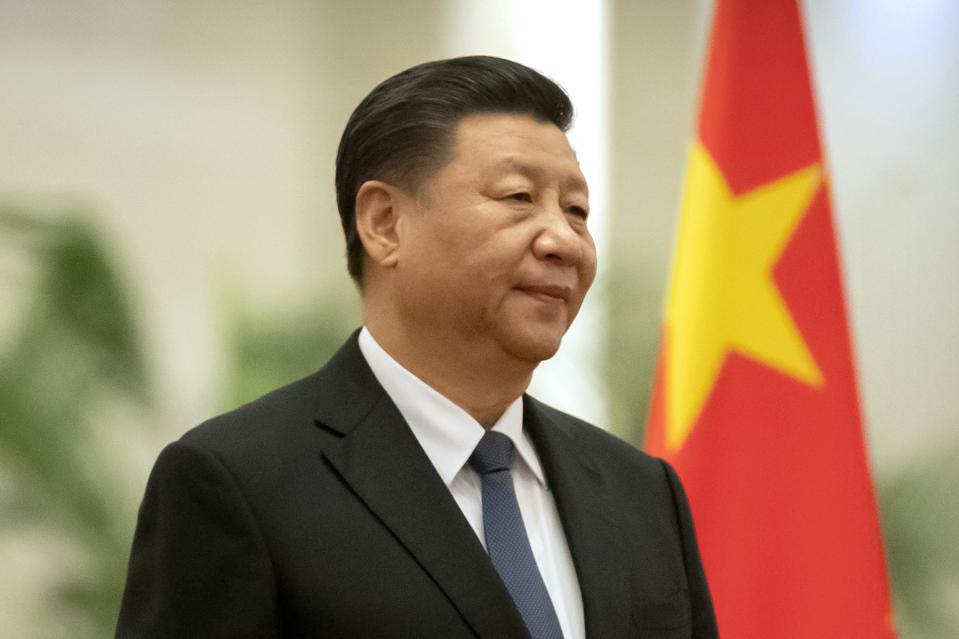 Xi Jinping on the coronavirus: this thing is a “demon”, he said today. (AP Photo/Mark Schiefelbein, … [+] File)

South Korea said it planned to send chartered planes to Wuhan on Thursday and Friday to fly out its citizens out of the city.

WHO has refrained from calling the coronavirus outbreak a pandemic. They expect at least 5794 cases in China as of Monday.

Of the 37 reported cases abroad so far, 36 of them had traveled to China, with nearly all of them coming from Wuhan. Those who did not come from China had contracted the infection from someone who had been there, according to the WHO.

Markets took a finger off the panic button on Tuesday morning. The S&P 500 opened half a percent higher. Some of the major China-ETFs were all higher this morning. The KraneShares MSCI China A-Shares (KBA) ETF was up 0.2%, while their KraneShares China Internet (KWEB) was up nearly 1%. The iShares MSCI China (MCHI) was above the water line by 0.2%, while the Deutsche X-Trackers China CSI-300 (ASHR) ETF remains volatile, up and down within the first hour of trading on the NYSE.

Investors may be getting tired of panicking already and looking to return to the good old days of non-stop climbs in equity markets.

“The uncertainty of the development of the virus justifies the fears,” says Jan Dehn, head of research for the Ashmore Group, a $90 billion emerging markets fund manager based in London. “Chinese and international authorities’ reactions have been bold and fast, reducing the risk of a big pandemic spreading globally,” he thinks. “The current sell-off is a buying opportunity.”

Boston-based financial giant, State Street, said they are not changing their outlook on China or Asia. There’s still momentum there post-phase one trade deal and the China stimulus programs which would make this a “buy the dip” opportunity, State Street said.

The coronavirus outbreak is being compared to the SARS outbreak of 2002-03. That one lasted around 8 months before it was first reported in November 2002 out of coastal China. Over 8,000 people came down with the disease and 775 people died.

The coronavirus is different as it is spreading much faster than SARS, at about 1,000 new cases daily. Moreover, it hit during the build-up to the Chinese Lunar New Year, the biggest travel days of the year.

“It bears keeping in mind that China, broadly, was up during the SARS scare due to fundamental factors,” says Chelsea Rodstrom, emerging markets analyst for Global X ETFs in New York. China’s stock market rose over 10% during the SARS outbreak. “A similar story may be repeating itself here with overwrought panic,” Rodstrom says.

No one is getting ahead of themselves on Wall Street.

Until coronavirus case numbers decrease, China faces new headwinds. Earlier this month, The Economist Intelligence Unit told investors to pay attention to the coronavirus, adding that if it started spreading faster it could be a black swan event for China, and global economies. 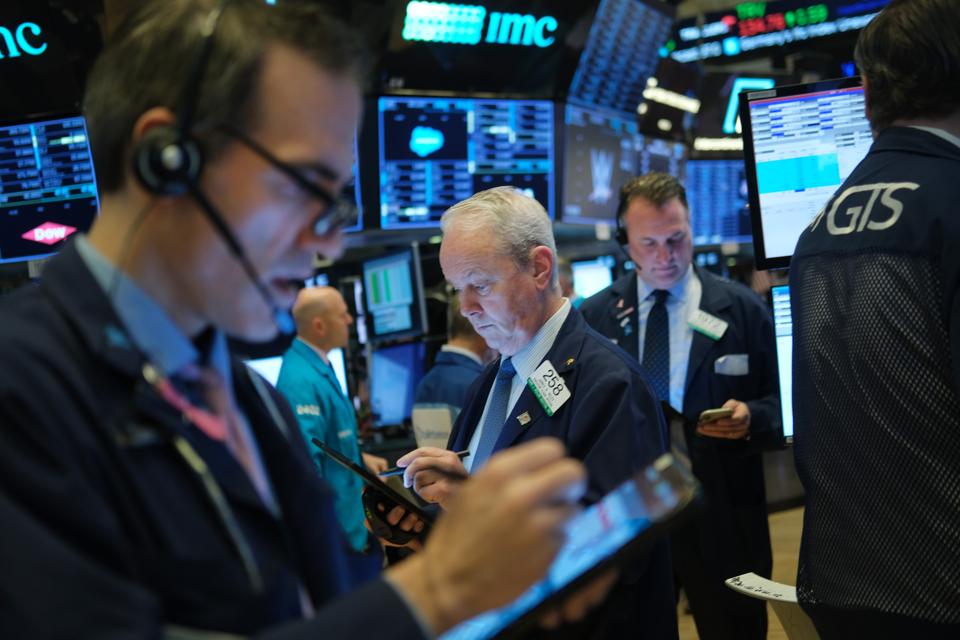 I’ll take two and call you tomorrow morning. Big investment firms like State Street are not ready … [+] to change their view on China just yet. (Photo by Spencer Platt/Getty Images)

Despite the hysteria surrounding the coronavirus, where everyone on Twitter is now a virologist, markets were quiet overnight as Asia began Lunar New Year holidays and vacations. Mainland China, Taiwan, South Korea, and Vietnam exchanges are closed today while Hong Kong, Singapore and Malaysia markets are open only half-day.

A Chinese government official traveling with the WHO director in Beijing praised socialism for its central planning ability to contain the disease.

This is the second time in 20 years China has been the source of a massive viral outbreak. SARS was the first.

“It bears keeping in mind that China was up during the SARS scare due to fundamental factors.”

India, which is not socialist or communist, and by most measures is an unorganized and messy Democracy, not to mention poorer and dirtier in parts than China, has never been this source of a global health scare.

Foreign Minister Wang Yi said the country was cooperating closely with the WHO and other countries to keep them up to date on the outbreak.

“With the strong leadership of comrade Xi Jinping and the advantage of the socialist system, as well as the experience from SARS, we are more resolute in tackling this epidemic with more force and quicker action,” Wang was quoted saying in the South China Morning Post today.

Xi called the Wuhan coronavirus a “demon” in a televised address this afternoon.

“The epidemic is a demon and we cannot let this demon hide,” state media quoted Xi as saying.

Hong Kong University is said to be testing a vaccine for the virus.

That Silly ‘SNL’ Skit Highlights A Popular Misunderstanding About ‘Joker’

Why Are Rich Americans Getting $1.7 Million Stimulus...

You Don’t Have To Choose Between Selfless Giving...