World’s ‘Weirdest’ Sharks And Rays On The EDGE Of Extinction

We live in a world of accelerated biodiversity loss but limited resources for the conservation and management of these animals. For terrestrial animals, conservationists use evolutionary distinctness to identify the species that desperately need our attention as they are on the brink of extinction. The same has happened for over 1,000 Chondrichthyans (sharks, rays, skates, and chimaeras) using a new 610-species molecular phylogeny using taxonomic constraints. 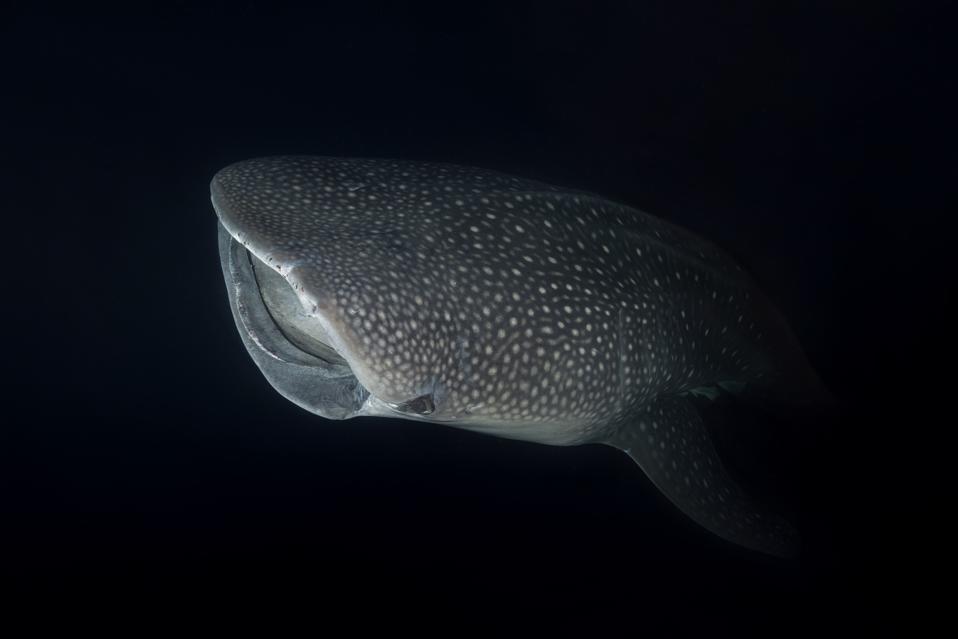 Researchers from the Save our Seas Foundation, the Rufford Foundation, the Mohammed Bin Zayed Species Conservation Fund, and countless other individuals came together to create the EDGE Sharks and Rays list. The list highlights the most Evolutionarily Distinct and Globally Endangered (or EDGE) species of Chondrichthyes around the world. The scientists found that Chondrichthyans are by far the most evolutionarily distinct of all major radiations of jawed vertebrates! See, the total evolutionary history (the sum of all branch lengths and also sum of all ED scores) encompassed in the Chondrichthyan tree is 36,840 Myr (5th and 95th centiles: 21,812–60,108). In fact, the average species embodies 26 million years of unique evolutionary history. According to an EDGE publication, the “average shark, ray or chimaera is likely to represent more than twice the evolutionary history of an average amphibian (10.1 Myr) or squamate reptile (11.1 Myr), three times the history of an average mammal (8 Myr) and four times the history of the average bird species (6.2 Myr).”

The top 50 EDGE Chondrichthyans include numerous orders of sharks and rays. For sharks, most are in the Carcharhiniformes order which include houndsharks, catsharks and requiem sharks. Collectively known as ground sharks, it’s the largest order of sharks and are your stereotypical “shark”-y looking sharks with five gill slits. However it also highlights individuals that are the only representatives of their families, such as the whale shark (Rhincodon typus) and the zebra shark (Stegostoma fasciatum). One shark order characterized by both a high median ED and a high percentage of threatened species includes the mackerel sharks (Lamniformes), which include numerous large pelagic sharks, 10 of which are threatened due to longline tuna and billfish fisheries. According to EDGE, the extinction of a single species within this group could result in a median loss of 64 Myr of evolutionary history (as measured by ED). This makes them a potentially important group to focus on in regards to their conservation. 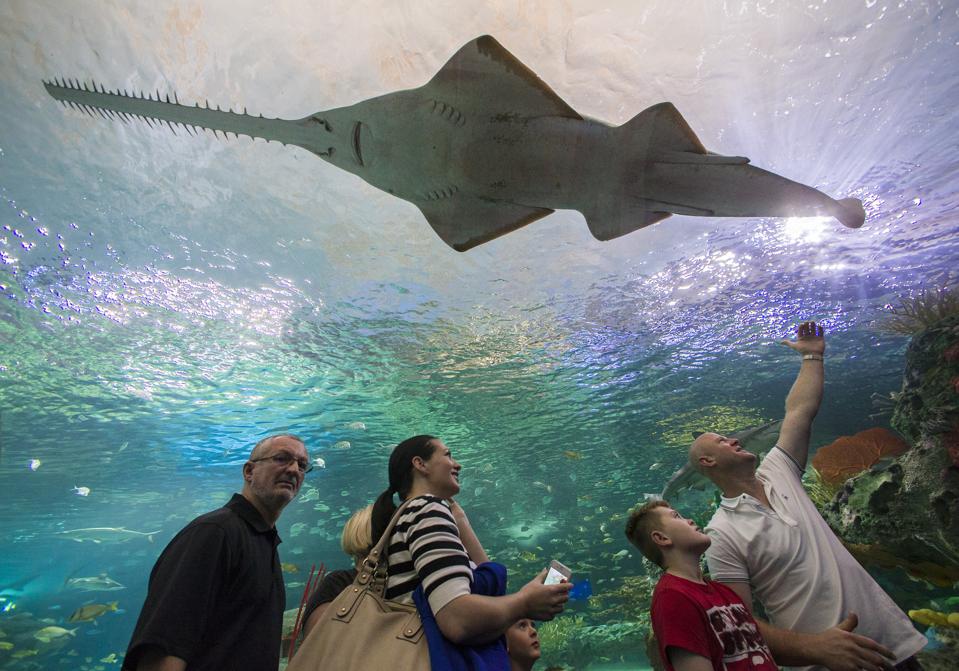 Sawfish, commonly seen in aquariums around the world, aren’t as common in the wild.

For the batoids (rays), the list is largely dominated by stingrays (Dasyatidae), eagle rays (Myliobatidae) and guitarfishes (Rhinobatidae). An extinction within this group could result in a median loss of 37 Myr of evolutionary history. The top EDGE Sharks and Rays List shines a spotlight on the extremely dire situation of the Pristidae family, the sawfish, as all species appear among the top 10 on the list. The unusual-looking animal may look like a shark, but it is a type of ray that is found in both marine and fresh waters around the world. The largetooth sawfish is at the top of the EDGE Sharks and Rays list, having the highest EDGE score of all vertebrates that have been currently assessed. Overfishing and habitat destruction have caused major declines in sawfish stocks globally, making them a top priority for targeted conservation and fisheries management.

Chondrichthyans include chimaeras, but no chimaeras were observed on the EDGE list at the time of this publication. Chimaeras are one of the most least-studied Chondrichthyans as a whole, mainly because so many of these species inhabit deep waters that are hard to access. They, like many other Chondrichthyans, lack enough biological/ecological information to assess their extinction risk and therefore an EDGE score cannot be calculated and that is why they do not show up on the list. For those on the list, readers can see if conservation attention is “good,” “medium,” “low,” or “very low.” EDGE is another tool to add to the arsenal when it comes time to ask, “Where do we focus our conservation action?”

Depending where in the world you are, sharks and rays have great economic and cultural importance. But while these animals have successfully adapted to almost all aquatic ecosystems, these highly evolutionarily distinct species are also highly threatened. Due to the lack of proper management in many fisheries, many shark and ray species have suffered steep declines in the past decades due to their number one threat coming from overfishing and bycatch. Habitat degradation, pollution, climate change, and other facts have also contributed to the pressures today’s sharks and rays face. However, in an age of rapidly expanding marine protections, one hopes that with this new conservation tool that we can pull these animals back from the EDGE of extinction.

Has The Amazon Moment Arrived For Financial Advice And Retirement Planning?