Breaking
Customer Service Recovery: Six Keys To Turn Complaints...
How Becoming A Learning Organization Is Key To...
IRS Increases Enforcement On Cryptocurrency: What This Means...
Optimus Prime Finally Gets The Diaclone Update He...
No, There Isn’t A Black Hole At The...
The Fed Could Be Repeating This Key Mistake...
Japanese Lawmaker Becomes Billionaire By Selling E-Signature Services...
Communication Lessons From The Presidential Debate
4 Tips For Attracting Your First ‘Dream Client’...
Want To Generate More Sales This Holiday Season?...
Your ‘Harvest Moon’ Moment Is An Illusion: Why...
Launching A Startup Comes Down To Making A...
Google Meet’s Unlimited Calling Will Continue To Be...
The Need For Speed-Is Quantum Computing A Good...
Stock Market Crash: The End Game Approaches
Best Video Conferencing Software
Home Business Worrying Stats Highlight How FC Barcelona’s Midfield Is Underperforming
Business 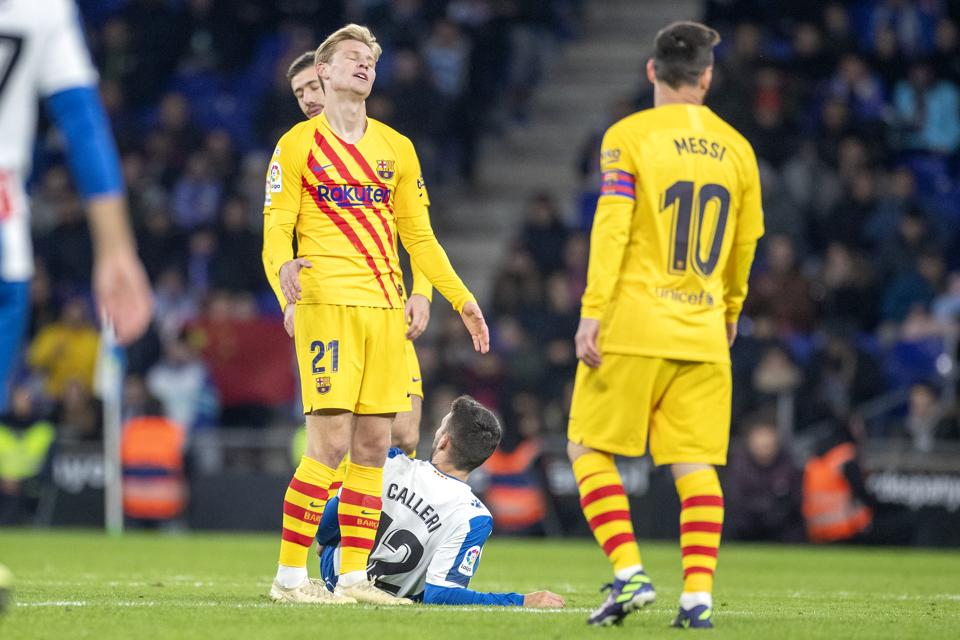 Falling to another comeback defeat in the 2-3 Spanish Super Cup semi final loss against Atletico Madrid, there was a lot to dissect with regards to where it went wrong for FC Barcelona in Jeddah.

Joining instances against Osasuna, Real Sociedad and Espanyol, this was the fourth time this season Ernesto Valverde’s men had gone a goal behind only to take the lead and lose it again.

The team overall winless in 2020, and perhaps about to lose its manager owing to fan pressure despite topping La Liga, the defence has conceded a whopping 23 goals which is almost double the amount second and third placed rivals Real and Atletico Madrid (12) have seen go into the back of their own net.

As for the midfield, it is not only allowing itself to be dominated in the centre of the park, and therefore opening the back line up to costly sieges, but also failing to provide for the MSG trident of Lionel Messi, Luis Suarez and Antoine Griezmann up front. Furthermore, its components are also shy to get in on the scoring themselves. 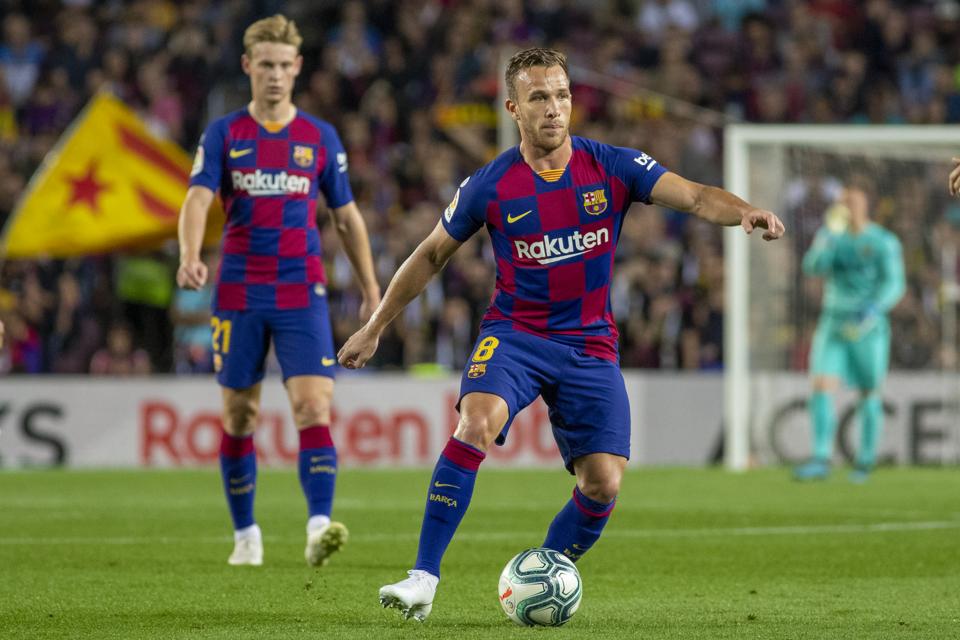 Starting 2019/2020 in roaring fashion after reportedly taking better care of himself off the pitch, Arthur bagged two goals in quick succession and leads the midfield with three assists.

The victim of a demanding schedule with the Brazil national team that sees them travel to destinations as far flung as Singapore for pointless friendlies however, he has suffered recurring problems in his pubis restricting him to the sidelines, while rumours of a dangerous taste for snowboarding and a wild private life have emerged.

A revelation at his new employers since joining from Ajax, Frenkie de Jong often finishes matches top of the pops in facets of the game such as total passes, passing accuracy and recoveries, yet has just one goal and two assists to his name thus far – the latter of which is as much as goalkeeper Marc Andre Ter Stegen plus right backs Nelson Semedo and Sergi Roberto have mustered.

Elsewhere, Sergio Busquets has put up identical figures to De Jong while Ivan Rakitic has the same amount of assists to speak of but is still to score a single goal.

Remarkably, then, the midfield team leader is he who the club has done its damndest to displease.

Notching six goals, making him fourth top scorer, Arturo Vidal also has an important assist in the Champions League from when Barça trailed 0-1 at the Camp Nou and he personally mounted a comeback against the Italian Serie A title hopefuls.

There was a winner against Leganes too and the strike that made it 1-2 at the RCDE Stadium at Espanyol’s expense. And though he may not be the most aesthetically-pleasing player compared to the others and the all important ‘Barça DNA’ fans insist they possess, he is the only individual capable of taking games by the scruff of the neck and imposing his will on them.

Constantly benched and forced to do this as a substitute however, it is highly-likely the double Copa America winner seeks pastures new in the summer.

As a result, either Valverde or his potential incoming replacement in Xavi Hernandez must extract the best from the midfield warhorse and make sure that his colleagues in that area of the pitch start providing and getting on the scoresheet with increased frequency.