Breaking
Channel Your Impact With a Self-Directed IRA
How To Reach Your Customers This Holiday Season
10 Key Steps That Will Help You Make...
TikTok Will Limit And Label Videos Prematurely Claiming...
How A British Graphic Novel Publisher Is Leading...
Dow Plunges 600 Points On Third Day Of...
According To A New Study, Patients Are Texting,...
How To Keep Your Digital Media Assets Secure
Be Better At Building Your Team
Saying No In Order To Grow
Sherwin-Williams Stock Is Unlikely To Sustain Its Current...
How Successful Entrepreneurs Use The Law Of Attraction
Elon Musk’s Economics 101 Course For Japan
Raoul Pal: Gold Investors “Will Flip To BTC”...
Dating Site Takes On Social Media Dangers Of...
Trump Campaign Website Hacked In Cryptocurrency Scam
Home Business WWE Chairman Vince McMahon’s Net Worth Has Fallen By $1 Billion Since 2019
Business 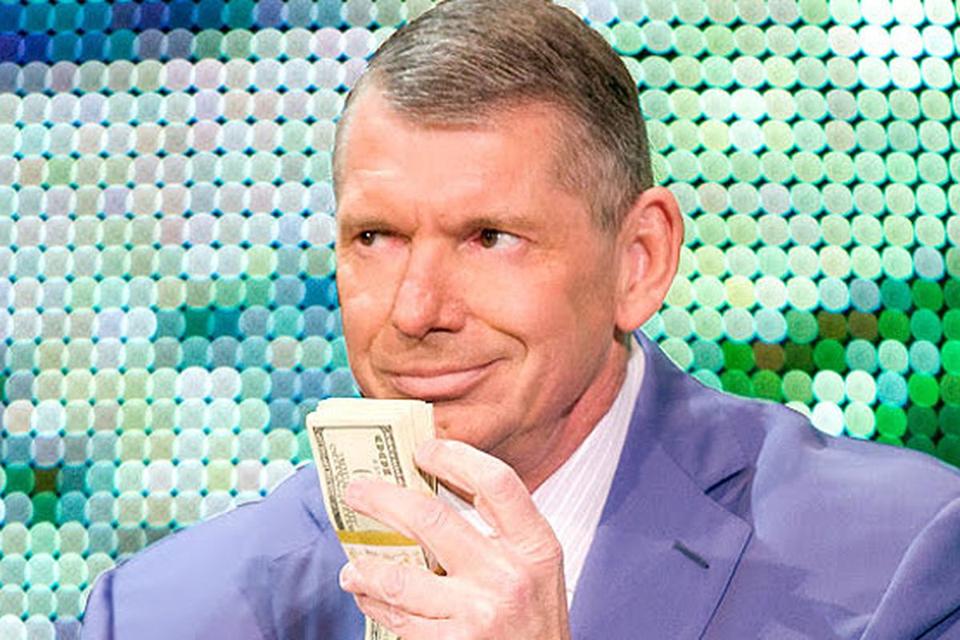 Vince McMahon’s net worth has fallen by $1 billion since 2019.

After a triumphant 2019, where a pair of historic television-rights increases for WWE placed Chairman Vince McMahon just inside the Top 300 on the Forbes 400 annual list of billionaires, McMahon’s net worth has fallen by over $1 billion dollars per current rankings on the 2020 Forbes 400 list.

A story by Kevin Seifert of ESPN.com, on the collapse of Vince McMahon’s at-times promising reboot of the XFL, notes McMahon’s massive fortune fell from $2.9 billion to $1.9 billion in the span of a year. The Forbes 400 rankings in 2020 lists McMahon with a net worth of $1.8 billion, while his ranking in the list of world billionaires has fallen all the way to No. 1196.

Some of Vince McMahon’s decline in wealth can be blamed on COVID-19, which is to blame for the second shuttering of the XFL, the first iteration of which debuted in 2001. The XFL’s second act, however, was a re-imagining of nationally televised football, with bold and encouraging rule changes—such as an innovative kickoff—designed to increase pace of play and player safety.

With decent ratings that declined week over week, the XFL appeared to be walking the fine line of a possible a Season 2 extension—which ideally would lead to a massive TV deal after striking up a non-monetary deal to air on Disney DIS and Fox programming. McMahon had previously earmarked $300 million to run three seasons of the XFL, which was expected to lose upwards of $375 million in that time frame.

McMahon’s losses, however, cannot be strictly blamed on the events of COVID-19 and the closure of his ambitious football league. WWE’s stock has fallen a whopping 40% from June 17, 2020 to today. Once peaking at a historic highs of over $100 per share as recently as April of 2019, WWE’s stock closed at $44.61 on June 16 and had been falling for several months before the pandemic.

The stock took a major hit in the fallout of Vince McMahon’s shocking firings of Co-Presidents George Barrios and Michelle Wilson, both of whom were instrumental in negotiating WWE’s television-rights deals with NBCUniversal and FOX.

Despite logging record profits due to those massive television-rights increases—on the strength of a pair of billion-dollar television deals—WWE’s viewership failed to live up to its lofty price tag even before the onset of COVID-19. WWE’s viewership and stock price have been further impacted by COVID-19, with the promotion controversially cutting hundreds of staff in a cost-cutting measure back in April.

Key Performance Indicators have been declining for years as WWE even made plans to overhaul its live event business—considered by McMahon himself as the barometer of how WWE is doing. WWE revamped its live event team back in April of last year, however attendance has only continued to erode.

Similar to his surprising hiring of Paul Heyman, Eric Bischoff—and then Bruce Prichard—last year, McMahon recently fired WWE Raw Executive Director Paul Heyman as Raw’s viewership saw its lowest in history this year. Anybody reading between the lines, however, understands the buck stops with Vince McMahon, and anybody he installs in that role is a mere figurehead.

Currently dealing with litigation from frustrated shareholders, McMahon’s billion-dollar decline is just more evidence among a confluence of indicators that suggest his empire is in peril, and significant changes are needed.

4 Business Questions As The Economy Reopens

The (Not Quite) Definitive Guide To Paycheck Protection Program Loan Forgiveness