Breaking
How to Develop a Winning Digital Marketing Strategy...
5 Critical On-Page SEO Factors That Impact Your...
How An Indonesian Healthcare Clinic Is Fighting Climate...
Ransomware Group Targets Hospitals At Height Of Pandemic
Zoom Is Now Worth More Than ExxonMobil—And Founder...
Stimulus Checks For $375 Will Be Issued In...
Want to Boost Your Business Marketing? Hire a...
What We Know—And Don’t Know—About Biden’s And Trump’s...
The FDA Will Not Inspect Vaccine Production Plants
Three Things Newborns Can Teach CEOs
Got Negative Feedback? Nine Smart Strategies For Handling...
The Last Mile: Teaching Incarcerated Individuals How To...
This Start-Up Is Democratizing Non-Invasive Beauty Treatments For...
A Conversation On The Vitality Of Self-Employed Individuals...
Behind The Curtain—Chapter 11 From The Inside—Chapter 15—Closing...
Inclusive Hiring: How To Address Bias In The...
Home Technology WWE Elimination Chamber 2020: Card, Odds, Predictions, And Potential Swerves
Technology 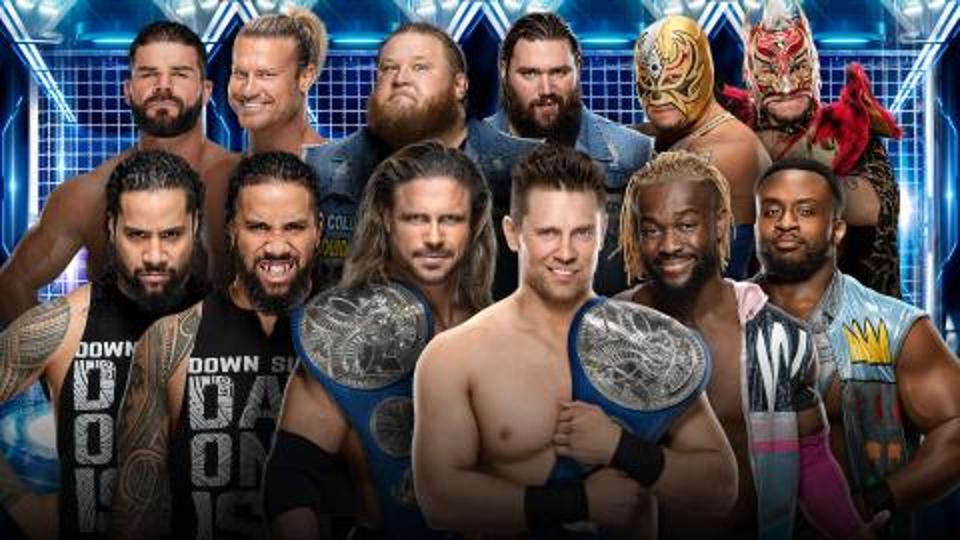 The biggest names in WWE aren’t scheduled to compete at Elimination Chamber on Sunday at the Wells Fargo Arena in Philadelphia, but that doesn’t mean we won’t see some solid action in the last tune-up before WrestleMania 36.

As of Thursday morning, there are only six scheduled matches, but that could change after Friday’s episode of Smackdown.

However, because two are the long-form Elimination Chamber matches, we might not see anything besides a pre-show bout.

The odds for all six matches are probably what most would expect.

Here is a look at what oddsmakers think about the card, per MyBookie. My predictions are in bold.

There is almost no way WWE has spent the time to try to develop a feud between Shayna Baszler and Becky Lynch only to have the former fall short in an EC match that would set up the two women to meet at WrestleMania. There is a reason Baszler is the biggest favorite on the card.

Barring something truly unexpected, Baszler will go over in this one.

With Morrison and The Miz just winning the titles last week in Saudi Arabia at Super ShowDown, it’s highly unlikely they drop the belts in a week. It’s a shame the result appears to be so predictable because there is some serious potential in this match.

Fresh off his WWE Wellness Policy violation and suspension, Andrade is defending his title against Castillo. If the latter won, it wouldn’t be a shock, but I’d bet on Andrade retaining.

Just as Morrison and The Miz won the titles recently, the same thing happened for The Street Profits.

Rollins and Murphy don’t actually need gold to put over their current gimmick. They were likely given the tag titles just to put over The Street Profits in an entertaining match. WWE seems to believe in SP, so there is no reason to think they will drop the titles so soon.

The more it seems like Strowman is headed toward a loss in this handicap match, the more you can be sure it won’t happen.

Strowman should be being built to make a run at a major championship. If nothing else, he’ll retain his title run and continue feuding with mid-carders.

This match has the most potential of any of the bouts on the card. Unfortunately, it’s probably some sort of diversion while we wait on The Undertaker to face Styles at WrestleMania 36.

Taker Continues to Target Styles and Shows Up

The Undertaker vs. Styles is rumored to be headed for WrestleMania. Taker has already attacked Styles in Saudi Arabia, so it seems like a build toward The Showcase of Immortals is in place.

The Styles-Black match could be stellar, but it might be interrupted. The only way that won’t be a bad idea is if it leads to a Triple-Threat match at WrestleMania between Styles, Black and Undertaker.