Breaking
ESBC Major Updates: Tons Of Heavyweight Greats Added...
5 On-Demand Courses To Help Develop Your Leadership...
How to Run Nonprofit Marketing Ads
Entrepreneurs Are Bringing Transparency To Home Buying And...
Best Incentive To Get Vaccinated: Money, Messaging, Or...
Page Level Query Analysis at Scale with Google...
How A CIO Can Align IT With Business...
Blogger of the Month: Jo, Girl Eats World
6 Things Women In Business Know That Men...
How to Use First-Party Data for Ad Personalization
Pressing Reset—Putting A Fallen Unicorn Back On Its...
How We Went Viral: Promoting Content with Influencers,...
Blame Olympic Record Price Tag For Return To...
Apple iOS 14.5 Release: Should You Upgrade?
How to Come up with Podcast Topics and...
Why Gaming Gear Company Razer Launched A $50...
Home Business WWE Elimination Chamber 2020 Results: Miz And Morrison Retain As Otis Is Injured
Business 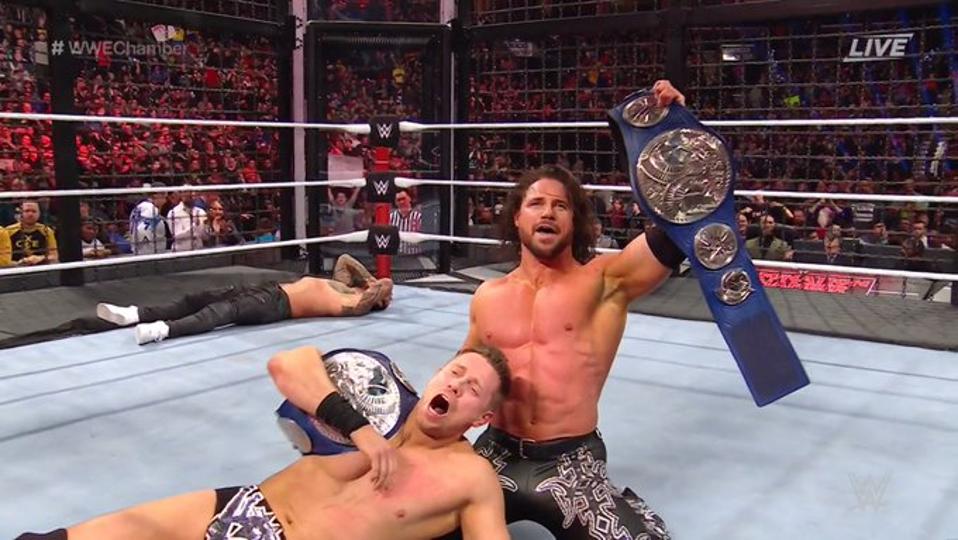 The premiere storyline of the Elimination Chamber revolved around Dolph Ziggler and Otis as fans clamored to see Otis get his hands on his hated rival. Otis’ over-pursuance of Ziggler led to his demise as he shoulder tackled his way through the pods and out of the chamber.

Ziggler and Roode were the hottest WWE heel tag team in at least a year before being inexplicably eliminated. Dolph Ziggler had previously dedicated his Elimination Chamber match to Mandy Rose, whom he strongly suggested he was dating.

Powered by Otis’ palpable charisma and lovability in a textbook story of Beauty and the Beast meets Rocky, Otis, Dolph Ziggler and Mandy Rose’s love triangle has become arguably the most heated angle on Friday Night SmackDown.

While Goldberg, Roman Reigns, John Cena and The Fiend will command all the star power of a WrestleMania stage, WWE has been extremely lazy in building up these two matches. Cena gave a see-through retirement speech, suggesting he would give up his WrestleMania spot to a more deserving competitor, only to immediately turn around and accept a WrestleMania challenge with The Fiend.

Otis and a resurgent Dolph Ziggler, in contrast, have told a very effective story over the course of the past several weeks. In fact, their feud headlined Friday Night SmackDown as Heavy Machinery came within one match of successfully running the gauntlet before losing to the dastardly Ziggler and Robert Roode.

With Roode and Ziggler set to enter the Elimination Chamber match last, as a result of their Tag Team Gauntlet Match victory, and Otis in the match as well, the tag team Elimination Chamber was the perfect setting for the advancement of one of WWE’s top feuds.

By the end of the chamber, Dolph Ziggler is more over as a heel than he has been in years and Otis continues his rapid transformation into a young Dusty Rhodes.

The Markets Are Plunging…Are You Doing Anything About It?