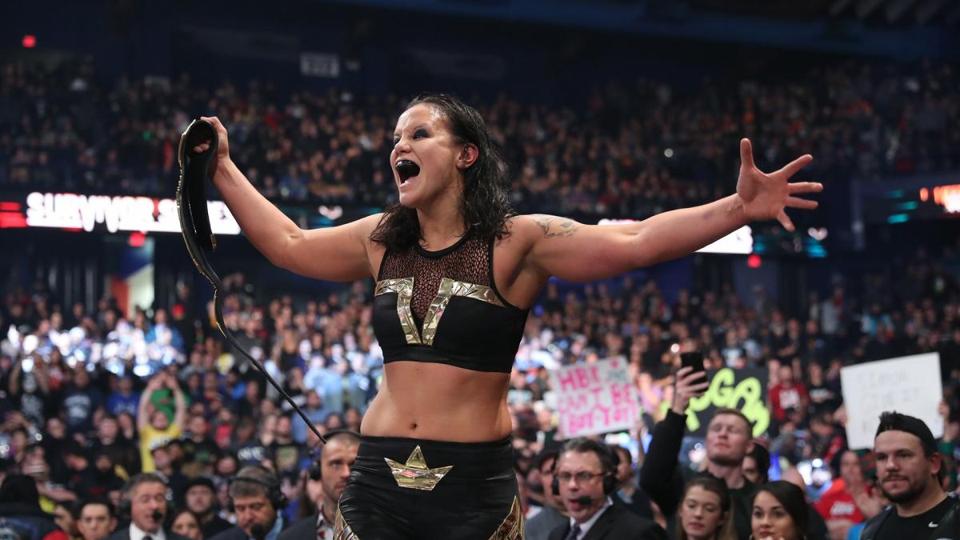 WWE Elimination Chamber 2020 could feature a number of huge surprises, including Shayna Baszler … [+] losing out on her chance to face Becky Lynch at WrestleMania 36.

WWE Elimination Chamber 2020 is the final stop on the road to WrestleMania 36 and will plant the seeds for some of the biggest rivalries fans will see at WWE’s most important event.

This year’s Elimination Chamber pay-per-view will emanate from the Wells Fargo Center in Philadelphia and has an underwhelming card overall but does features a couple of marquee matches, including a Raw women’s Elimination Chamber match and a SmackDown Tag Team Elimination Chamber match that will determine a new No. 1 contender and a top champion for the 36th edition of WWE’s flagship show. Although much of the WrestleMania 36 card is already set in stone while WWE has dropped several hints about other planned bouts for the show, WWE has been known to throw a few curve balls our way as of late.

Surprise Royal Rumble wins by Drew McIntyre and Charlotte Flair, as well as Goldberg’s unexpected return and Universal title victory over Bray Wyatt, are just a few examples of WWE swerving fans with some unforeseen booking decisions. The logic behind that is simply: WWE is trying to generate more interest in its product—which has been plagued by lackluster viewership for both Raw and SmackDown over the past few months—by keeping fans on their toes.

Elimination Chamber 2020 will be no different. Here are five potentially huge surprises fans could see at the last stop before the biggest pay-per-view of the year. 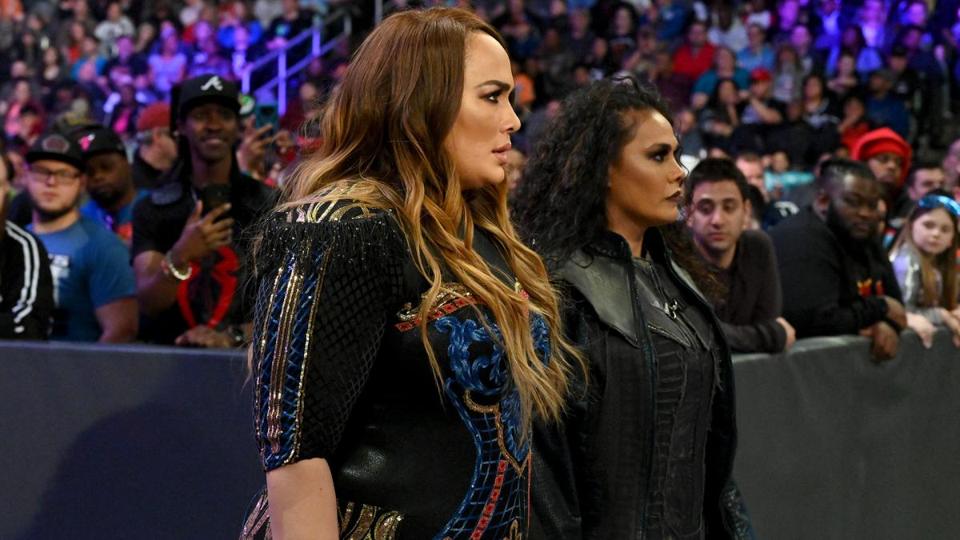 Nia Jax is nearing a return to WWE.

The Raw women’s Elimination Chamber match is lacking any sort of buzz because of the predictability of it all, but there may be a surprise on the way: Nia Jax.

Jax has been training for an in-ring return, and based upon the timetable of her expected return from knee surgery she underwent last year, she should be back on Raw in the near future. Of course, Jax’s name has been mentioned as a possible surprise entrant in the WrestleMania women’s battle royal, but given that that match has meant little to nothing since its inception, that would be a lackluster way to bring back a star who has typically been one of the focal points of the women’s division over the past few years.

While Jax isn’t everyone’s cup of tea, she is badly needed in what is a very thin women’s division on Raw, and the Elimination Chamber provides WWE with the ideal time and place to bring her back just in time for WrestleMania, especially given that she’s expected to be wrestling again within the next month or so. If WWE wants to portray Jax as a babyface, she’d be a prime candidate to feud with someone like Asuka, Shayna Baszler or Ruby Riott. If WWE wants to bring her back as a heel, she could set her sights on Becky Lynch, Natalya or Liv Morgan.

Either way, Raw’s women’s division badly needs a spark, and a returning Jax could give it that. Jax hinted that it might be happening, too, as the former Raw Women’s Champion tweeted to Vince McMahon just this week that she’s “ready,” presumably to return to the ring. 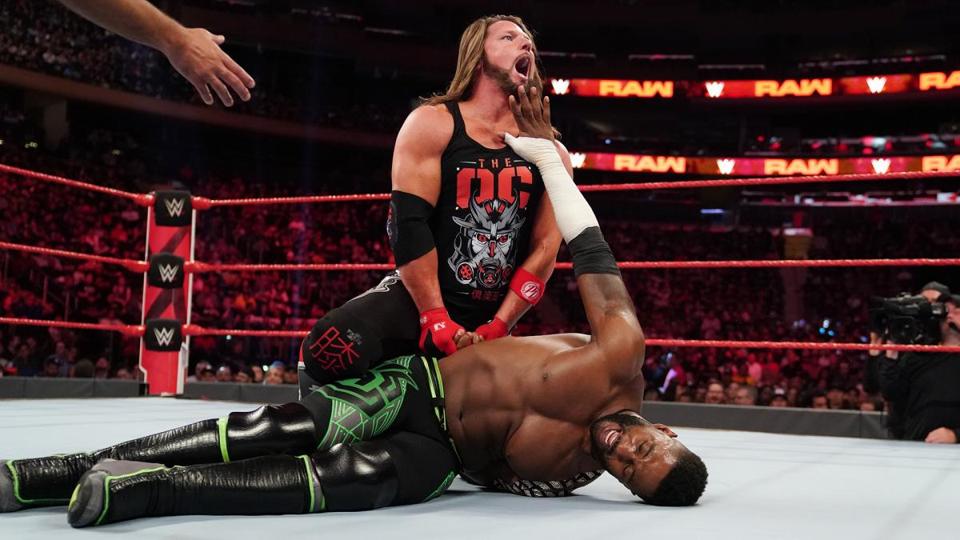 Because AJ Styles is penciled in for a WrestleMania 36 match against The Undertaker after what transpired at Super ShowDown, the widespread belief is that he will once again defeat Aleister Black at Elimination Chamber in order to build up some momentum heading into his clash with “The Deadman,” especially after the way he was easily defeated by Taker at Super ShowDown.

The No Disqualification stipulation to this match certainly sets the stage for a cheap victory by Styles with the help of The O.C., but on that same note, it also gives WWE the opportunity to have Black win, perhaps via assistance from The Undertaker. Consider that Black has a huge supporter in Paul Heyman and that he’s suddenly found himself involved with Styles for a reason, which may very well be that Black will be wrestling Styles in some way, shape or form at WrestleMania 36.

Even though “The Phenom” vs. “The Phenomenal One” seems to be the plan, having Styles lose to Black—likely with some sort of interference from Taker—would allow the very popular Black to remain a focal point of this rivalry, as he should be. As great as a Styles vs. Taker match would have been even just four or five years ago, that just isn’t the case anymore, and even though WWE is paying Taker a ton of money these days, that doesn’t necessarily mean he needs to deliver five-star classics like he once did. In fact, he can’t.

Taker’s role is to be a “special attraction” and to help new stars get over, and he can do exactly that if Black wins at Elimination Chamber, continues feuding with Styles and then teams with Taker at WWE’s flagship pay-per-view. 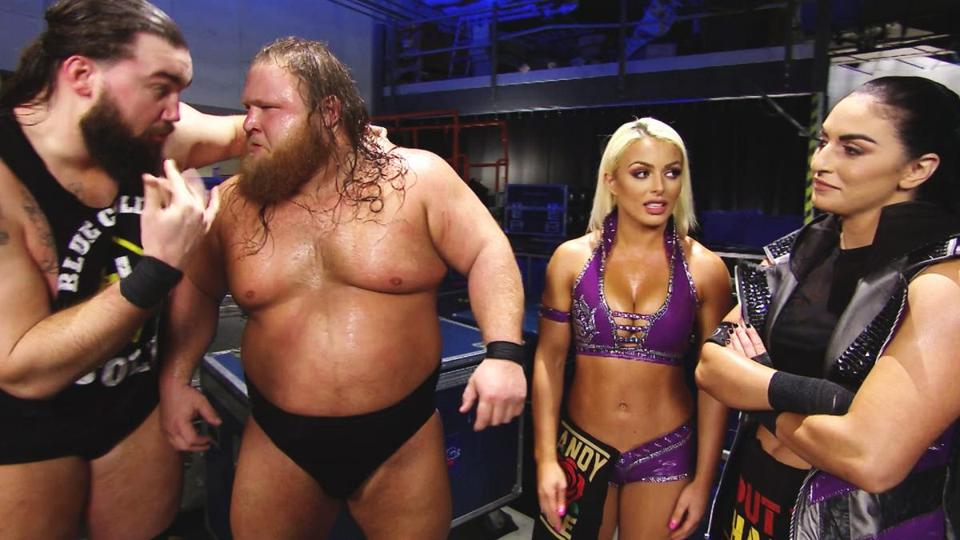 Otis and Mandy Rose have been involved in one of WWE SmackDown’s best storylines.

The love triangle involving Mandy Rose, Otis and Dolph Ziggler has surprisingly proven to be one of SmackDown’s most intriguing storylines in recent months, transforming Otis into a beloved star in the process.

Where’s all this headed? Believe it or not, Otis vs. Ziggler is currently penciled in as a singles match at WrestleMania 36, which would mark Ziggler’s first-ever Mania singles match in his storied career. Whether that match actually gets a spot on a jam-packed WrestleMania card that may feature 16 matches or more is still anyone’s guess, but the end goal of the Otis/Ziggler feud should be either to establish Rose as a major heel or a beloved babyface. The former seems more likely because Rose is a natural villain, which means that the former Tough Enough contestant could officially side with Ziggler for the long term as was indicated on this week’s SmackDown.

But there is also the possibility that Rose ultimately joins forces with Otis, and especially if WWE decides against doing Ziggler vs. Otis at WrestleMania (a certain possibility given that it doesn’t exactly sound like a Mania match), Elimination Chamber could very well mark the pinnacle of their storyline. With Otis and Tucker challenging for the SmackDown Tag Team Championship inside the Elimination Chamber and that bout lacking a whole lot of storytelling outside of what’s going on between Otis and Ziggler, Elimination Chamber is an opportune time for Rose to make her choice after she showed concern for Otis on SmackDown this past week: “The Showoff” or the beloved big man.

Rose may choose Ziggler, but the best story here is for her to pick Otis, leading to an incensed Ziggler challenging him at Mania. 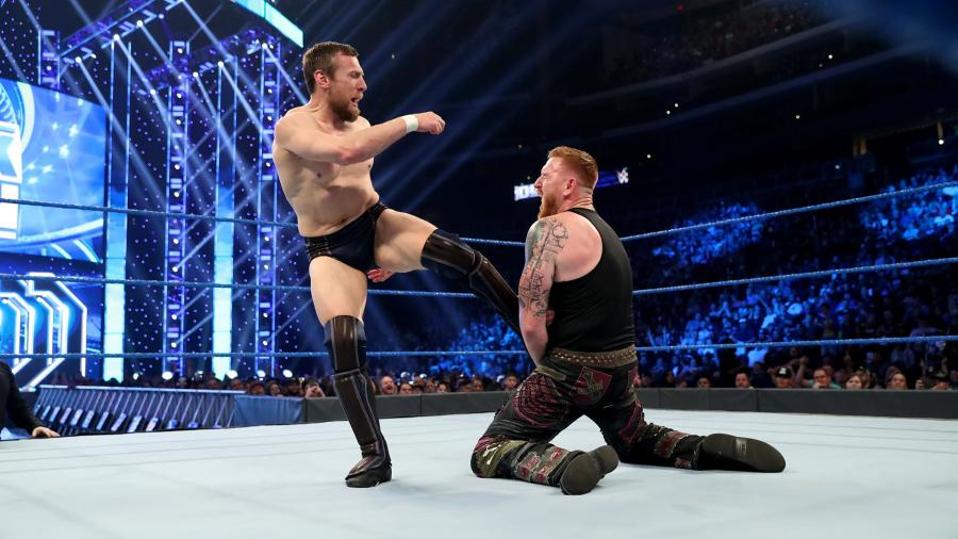 One of the most surprising situations emerging in route to WrestleMania is the lack of a marquee rivalry for arguably WWE’s most popular babyface, Daniel Bryan, who has no clear path to the company’s flagship pay-per-view.

Bryan has reportedly been having creative input on his character, and even though he and Drew Gulak should have a great match at Elimination Chamber, it seems extremely unlikely that their ongoing feud will extend all the way to WrestleMania 36. So, who might Bryan face at the biggest show of the year? Well, according to WrestlingNews.co, WWE has been considering doing Bryan vs. Sheamus, which—if it indeed takes place—would mark the third time the two veteran stars have battled on the big WrestleMania stage.

In looking at the current SmackDown roster, there isn’t really another heel lined up for Bryan at the moment, but it’s hard to envision the former WWE Champion being left without a significant Mania match given how popular he is. At Elimination Chamber, Bryan should defeat Gulak soundly only for this match to ultimately serve as a way to set the stage for Bryan’s WrestleMania rivalry.

Time is running out on the road to WrestleMania, and WWE needs to set up Bryan’s Mania feud ASAP. It can do precisely that with a post-match attack by Sheamus that sets up a “rubber” match between the two, one that could have a surprisingly great story behind it. 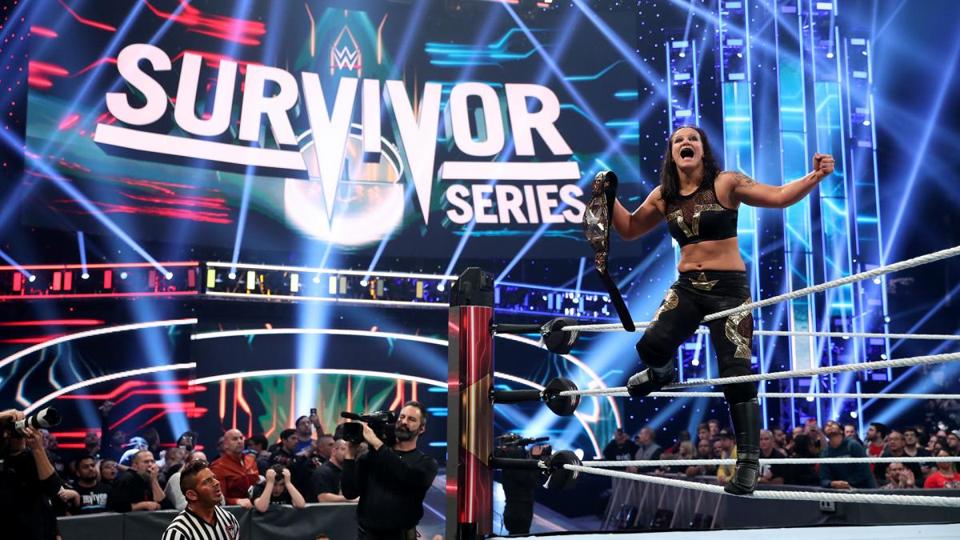 WWE has established a clear favorite to win the women’s Elimination Chamber match in Shayna Baszler.

The outcome of the Raw women’s Elimination Chamber match seems to be more obvious than just about any marquee match in recent WWE history.

Shayna Baszler is the overwhelming favorite to win the match, due both to long-running reports that she’s slated to face Becky Lynch at WrestleMania and the fact that WWE has already spent a lot of time and effort building up the feud between “The Man” and “The Queen of Spades.” The widespread belief is that the Raw women’s Elimination Chamber match will be an absolute cakewalk for Baszler, who has a ton of supporters backstage and is likely going to mop the floor with virtually everyone in the match.

There have been a lot of fan complaints that this match is way too predictable, and that’s certainly understandable. It would, after all, be nothing short of a minor miracle to see someone like Ruby Riott, Sarah Logan or Natalya win this match. The only star not named Baszler who seems to have even a remote shot at winning this bout is the incredibly talented Asuka, but even that seems next to impossible.

If Baszler doesn’t win this match, rest assured that it will go down as one of the biggest upsets and most surprising outcomes in WWE history. But after Baszler received chants of “This is boring!” during her debut match on last week’s Raw, perhaps that swerve isn’t as far-fetched as it might seem as Vince McMahon was reportedly unhappy with the lack of reaction for Baszler given that she’s supposed to be in a headlining WrestleMania match soon.

That marked the second time he was disappointed with a high-profile Baszler match, which makes you wonder: Might he already pull the plug on her push?

Ten Things I Wish I Knew When I Started ‘The Division 2: Warlords Of New York’