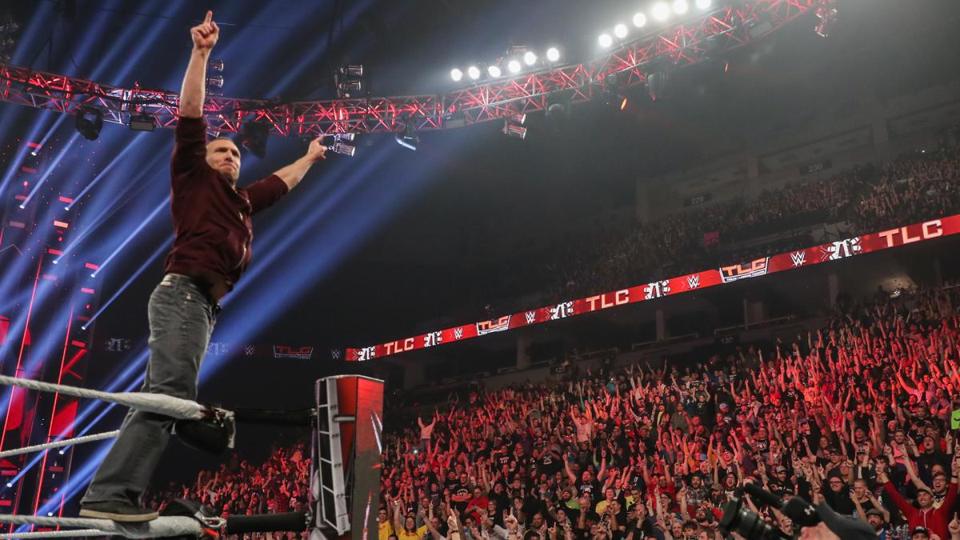 A new-look Daniel Bryan teamed with The Miz to take on Baron Corbin and Dolph Ziggler on Friday … [+] Night SmackDown.

WWE SmackDown featured a main event between the new-look Daniel Bryan teaming with The Miz, whose years-long rivalry is finally starting to develop into an alliance of family men. The pair took on Baron Corbin and Dolph Ziggler in the night’s main event, picking up a victory.

Daniel Bryan and The Miz have been feuding for so long, at this point, they’re starting to develop inevitable sexual tension.

“The Lone Wolf” Baron Corbin feuding with two family men makes all the sense in the world.

Kurt Angle’s retirement was so mishandled, when Baron Corbin brags about beating him at WrestleMania it’s more of a reminder than anything else.

I’ve never been a fan of plunder and holiday gimmick matches, but Miracle on 34th Street Fight is tremendous wordlplay.

Elias played it safe and made sure none of his lyrics for The Revival rhymed with the words “free agency.”

WWE’s writing has become so soft and campy, a Caitlyn Jenner reference drew a big reaction in Brooklyn.

The only time Corey Graves is at a loss for words is when he is asked about Carmella.

I always forgot how much fun Carmella was with The New Day during the Mixed Match Challenge. She’d be a more than capable temporary replacement for Xavier Woods.

Depending on the outcome of this match, Shinsuke Nakamura is quietly two wins away from being a double champion, which is insane to think about given how far he’s fallen since his 2018 Royal Rumble win.

Bayley beat Dana Brooke already, Dana just re-signed and Bayley had a major case of boo boo face during her entrance. Dana has to be going over, right?

Dana Brooke managed to defy the laws of gravity with the slowest Senton Bomb you’ll ever see.

The “heel-beats-up-babyface-in-front-of-their-family” gimmick is a spot best saved for pay-per-view with a proper build. WWE simply showed Evans’ family in the crowd without telling the crowd who they were so nobody reacted when Sasha Banks began taunting them. Everything about this babyface turn has been rushed.

Lacey Evans’ daughter attempted to awkwardly claw at Sasha Banks as Banks taunted her while beating up her mother.

Has WWE ever committed to a King of the Rings’ entrance the way they have with Baron Corbin?

Dolph Ziggler’s ring gear featured a very exciting mix of various shades of green. Is this his way of telling us that he has re-signed with WWE too?

This whole match was an elaborate build to see The Fiend and the second the lights went out, the show ended.

A Bold Framework For “Emergency Economics” To Combat...

Beware The “Shock Market”: How To Think And...

Cubs Hoping Off The Field Moves Cover For...