Breaking
ESBC Major Updates: Tons Of Heavyweight Greats Added...
How to Run Nonprofit Marketing Ads
Entrepreneurs Are Bringing Transparency To Home Buying And...
Best Incentive To Get Vaccinated: Money, Messaging, Or...
Page Level Query Analysis at Scale with Google...
How A CIO Can Align IT With Business...
Blogger of the Month: Jo, Girl Eats World
6 Things Women In Business Know That Men...
How to Use First-Party Data for Ad Personalization
Pressing Reset—Putting A Fallen Unicorn Back On Its...
How We Went Viral: Promoting Content with Influencers,...
Blame Olympic Record Price Tag For Return To...
Apple iOS 14.5 Release: Should You Upgrade?
How to Come up with Podcast Topics and...
Why Gaming Gear Company Razer Launched A $50...
Technical SEO Implementations to Increase the Impact of...
Home Business WWE Friday Night SmackDown Results: News And Notes After Mandy Rose Breaks Otis’ Heart
Business 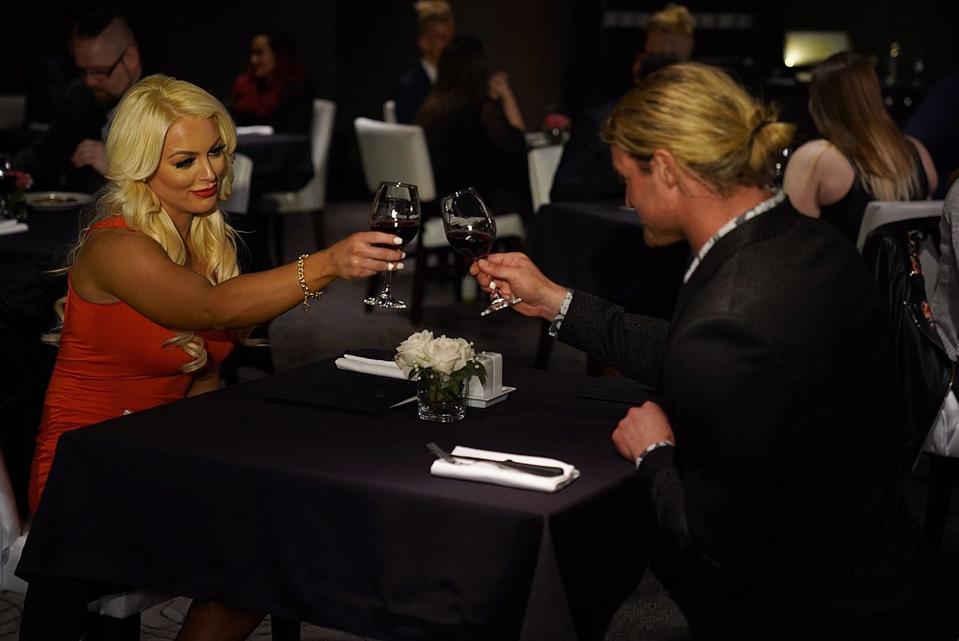 WWE SmackDown started hot with an incredible SmackDown Women’s Championship as Bayley defeated an overachieving Carmella. The show was built around Otis’ Valentine’s date with Mandy Rose, which was heartbreakingly ruined by Dolph Ziggler, who stole Otis’ date after he showed up too late.

Announced Attendance for the Rogers Center: 14,382

Opening Segment Featuring “A Moment of Bliss” with Alexa Bliss

It wasn’t too long ago where Alexa Bliss was a heel and Bayley was an uber babyface guest on her show. Things change so fast when you don’t have a plan.

WWE seems to assume that by just telling everybody Bayley and Carmella are friends, they’ll go along with it emotionally. The footage is there, but it was part of Breaking Ground, which was watched by a fraction of this audience.

Bayley and Carmella are en route to accounting for a quarter of this show and I don’t have a single complaint about it.

I know Sasha Banks and Bayley are best friends, but in terms of in-ring chemistry, Carmella is Bayley’s best friend.

There needs to be a rule that if you can’t win a two-on-one match you get relegated to 205 Live.

These Canadians were more into the Brogue Kick than most crowds have been lately. Maybe that’s a sign that Sheamus is slowly getting over all over again, maybe it’s a side effect of Bizarro World.

I never thought I’d live to see the day when Bray Wyatt got a bigger pop than Hulk Hogan but that’s exactly what happened here.

Bray Wyatt delivered his “too sweet” pun impeccably. A very small handful of WWE Superstars could have pulled this off.

Jalen Rose and/or Bill Simmons once famously coined the term “keep gettin’ them checks” guys, which describes an athlete getting paid an enormous salary to do next to nothing. As overqualified as they are, this describes the trio of Sami Zayn, Shinsuke Nakamura and Cesaro.

Tyler Breeze and Jordan Devlin were recently asked to go long as the show was running short. I feel the exact same way about this segment.

Mandy Rose and Otis go on a Valentine’s Day Date

I know it’s Valentine’s Day but did WWE production have to make Mandy look so basic by having every other woman in the shot wear a red dress too? Pink and white are also Valentine’s Day colors, you know.

Prior to this date, Michael Cole said “it’s almost time” with all the intensity of him calling a UFC grudge match.

I sat & watched AEW build up Cody taking 10 lashings like it was a can’t-miss, television event with countless promos throughout the show. That’s exactly how Otis’ date with Mandy is being promoted on SmackDown, & I gotta tell ya, I’m looking forward to this more.

God, I wanna punch Dolph Ziggler so bad. And that was before he swooped in on Otis’ date.

It’s going to be quite difficult for Mandy Rose to come out as a babyface moving forward. I see a “love her or leave her” match in the future.

Roman Reigns and Daniel Bryan vs. The Miz and John Morrison

The Miz was talking up how he’s been in WWE every week for 15 years, and Morrison chimed in with “I’ve been here for a month and I’m here every week.”

King Corbin got to sit in a cushy office chair in the front row despite racking up several fines. WWE is like the parent that disciplines its kids by saying “promise you won’t do that again? Okay, let’s get ice cream.”