Breaking
How To Get Your Startup Business Off The...
How To Create A COVID Safe Construction Site
How to Make a Good First Impression at...
Covid-19 Death Toll In U.S. Passes 200,000
Apple iOS 14 Has 25 Great Secret Features
5 Decisions That Will Increase Your Chances Of...
Coronavirus Is Shaping Up To Be Very Bad...
TikTok: Why Is Everyone In A Tizzy?
Is It Time For A Bank For Women?
As Israel Locks Down, Its Health Tech Sector...
Buying The Bulge Is Dangerous
5 Strange Things Happening Right Now In The...
The Best Blogging Platforms (In-Depth Review)
How Will The Coronavirus Impact Your Finances?
How Xbox Series X Will Attempt To Avoid...
Virgin Orbit Seeking Over $100 Million As ‘Jaw...
How To Develop The Confidence To Launch A...
USPS Covid-19 Coronavirus Plan To Send Every Household...
Android Circuit: Mysterious Samsung Galaxy, Google’s Next Pixel...
Home Business WWE Friday Night SmackDown Results: News, Notes As AJ Styles Is Traded
Business 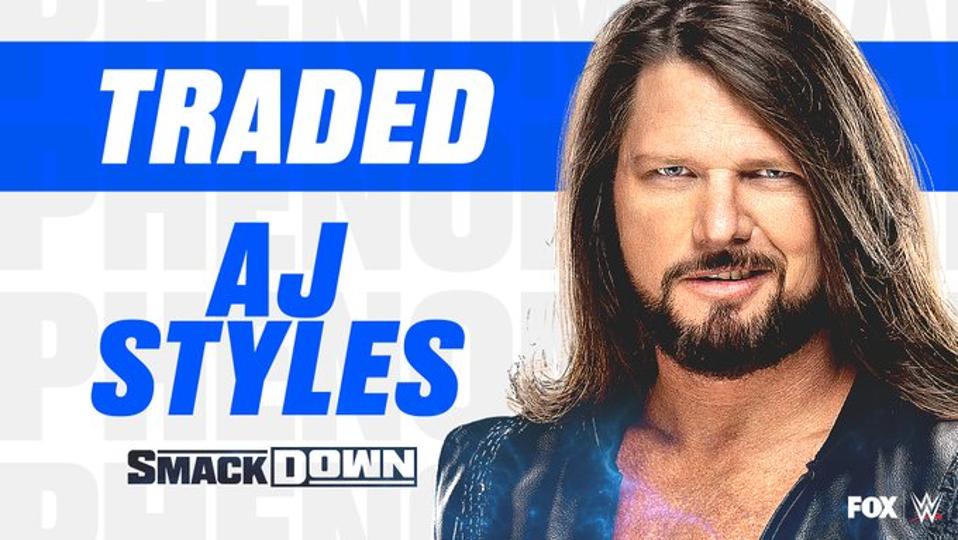 WWE Friday Night SmackDown featured the return of AJ Styles to the Blue Brand as the former two-time WWE champion was traded from Raw “for a future pick.” Styles won his first-round match against Shinsuke Nakamura to advance in the Intercontinental Championship tournament.

It feels like The Miz and John Morrison have been in “call out a top star and pay for it dearly” role throughout this whole pandemic.

The Miz was barely a step above Denzel Dejournette in this one. Which, on that note, can we please get this man a verified Twitter account?

The longer Braun Strowman holds this Universal Championship, the more intrigued I am to see him pushed as a dominant monster for longer than a transitional reign.

It wasn’t too long ago that WWE sabotaged this pairing at WrestleMania by telling anybody who would listen it was a Dream Match. It wasn’t. Two years later, WWE still hasn’t learned its lesson as it’s doing a similar overhyped gimmick with Randy Orton and Edge.

AJ Styles was traded to SmackDown, which in WWE means he’ll be competing on Friday nights until we need him back on Raw in a couple weeks.

I sure hope WWE didn’t bring in Styles hoping for a ratings boost on SmackDown.

Watching Charlotte Flair compete across all three WWE brands without going to an outside promotion to compete tells me pro wrestling isn’t thinking outside the box enough.

Charlotte Flair and Bayley have tremendous chemistry. No matter how long they go without competing against one another, they always pick up right where they left off.

WWE can’t seem to decide whether or not Charlotte Flair is a heel, but #WhenFansComeBack I feel like all this exposure of Charlotte Flair will lead to her being a massive heel.

The fact that this match is happening on free TV without a crowd feels like is such a waste.

Mandy Rose’s denim outfit alone raised her chemistry with Otis by at least 20%.

Hardy vs. Sheamus; Otis-Mandy vs. Dolph-Sonya; Bayley vs. Charlotte Flair and AJ Styles vs. Shinsuke Nakamura all on an empty-arena show nobody will remember next week. This entire show feels like Michael Jordan’s run with the Wizards.