Breaking
Employers: Eight Red Flags You May Not Notice...
Ted Lasso, Other Apple TV+ Shows Arriving Soon...
What Are Working Capital Loans and When Should...
The 10 Biggest Trends in Entrepreneurship to Look...
Clubhouse Has Grown 10X In Two Months. Here’s...
Here’s Why Tyson Foods Stock Looks Undervalued At...
How To Maintain Client Relationships During Long Projects
WhatsApp Is Pushing Ahead With Its Controversial Privacy...
Australia In Talks With Facebook’s Zuckerberg Over ‘Outrageous’...
What To Expect From Deere Stock In Q1?
GME Saga Dissected In The House Committee On...
What’s Next After Mars? The 8 Spectacular Space...
Integrating Life Insurance With Lifetime Income – Part...
How To Invest Your Time Wisely In The...
Spring Forward With These Smart Home Gift Ideas
Hybrid Electric Aviation Pioneer Ampaire To Be Acquired...
Home Business WWE NXT Has Advantage Over AEW Dynamite Ahead Of Most Important Showdown Of 2019
Business 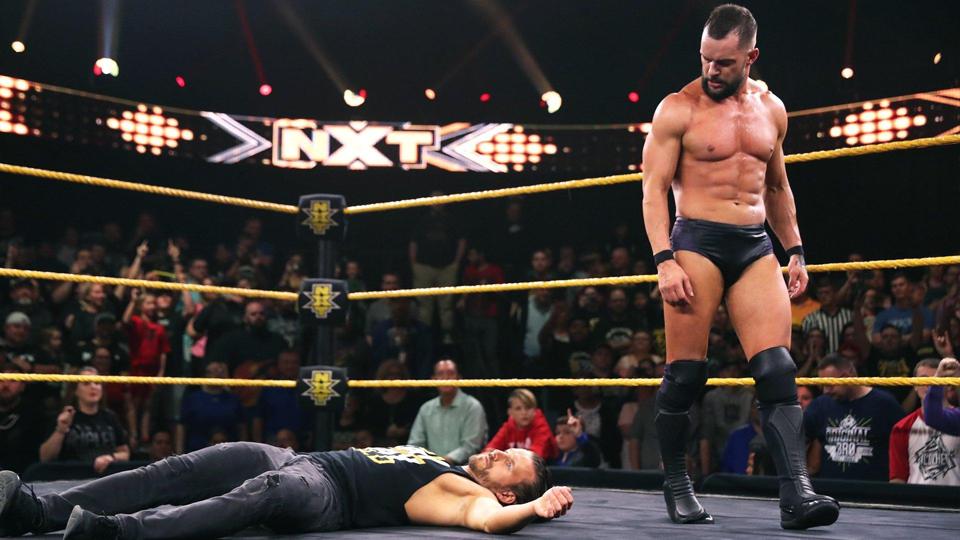 December 18 marks the dramatic conclusion to the Wednesday Night Wars in 2019. The national wrestling war has spanned 12 weeks with AEW Dynamite getting the better of WWE NXT in eight of the 11 weeks where the two promotions went head-to-head.

The final showdown of 2019 benefits from added drama as last week’s editions of AEW Dynamite and WWE NXT tied with 778,000 viewers apiece.

Though AEW has dominated this war on paper, many of the promotion’s more impressive victories on Wednesday nights came early in its run. NXT still seemed to be figuring out the kinks after WWE rushed to get its developmental brand on television as a counter-programming move depending on whom you ask.

But with the help of main roster stars and supreme booking at WWE Survivor Series 2019—when the tertiary brand surprisingly won the night—WWE NXT has successfully erased the early momentum of AEW as WWE looks to use its vast resources—and heightened presence headed into 2020—to close out the year on a high note.

Both NXT and AEW Dynamite announced stacked lineups for a pair of all-hands-on-deck shows. Suddenly, there’s a feeling that tonight’s year-end duel will go a long way in determining who will maintain momentum in the early weeks and months of 2020.

Here’s what’s on tap for both WWE NXT and AEW Dynamite in what is expected to be each promotion’s final live broadcast of 2019:

The gamesmanship has already begun, as NXT announced its NXT Championship match between Finn Balor and Adam Cole would kick off the Wednesday showcase commercial-free. Not to be outdone, AEW Dynamite announced that Kenny Omega and Hangman Adam Page vs. The Lucha Bros. will also air commercial-free to kick off its final broadcast of the year. 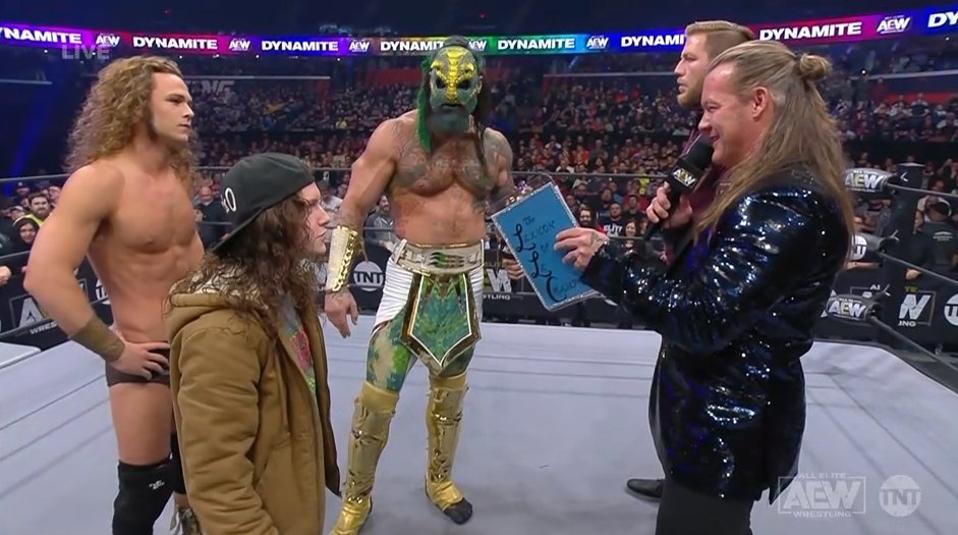 Once a wounded animal that resorted to making the infamous “marathon, not a sprint” excuse, WWE appears to be at least one step ahead of AEW in an ongoing game of pro wrestling chess where, given its unlimited capital and unquestioned standing as the worldwide leader, WWE has extra pieces.

With WrestleMania season around the corner, WWE’s entire product is sure to benefit from more views than during any time in the year, even if those views remain relatively low compared to prior years.

The Road to WrestleMania officially kicks off each year with the Royal Rumble, and this year, the men’s and women’s 2020 Royal Rumble matches are reportedly expected to feature 10 NXT Superstars. Based on current WWE storylines, there is no clearcut favorite to win the Royal Rumble just yet, and having at least one NXT Superstar win a Royal Rumble would do wonders for TV viewership on what would be the January 29 fallout show.

Though AEW recently reached a major milestone of 100,000 tickets sold, ticket sales inevitably slowed toward the tail end of 2019 following its scorching-hot start.

With AEW’s live event business suddenly on the defensive, NXT’s ratings have been able to keep pace with Dynamite over the past several weeks despite emanating from the same 400-seat building at Full Sail University for every broadcast. With NXT’s contract to remain at Full Sail University reportedly expiring in March of 2020, NXT’s built-in WrestleMania season momentum could be facilitated by a high-profile move into larger buildings.

AEW Dynamite’s television viewership has fallen 45% since its impressive debut audience of 1.409 million. In addition, the upstart promotion has also lost its dominant lead over WWE NXT in all younger demos while WWE NXT continues to maintain a sizable lead in the 50+ demo.

If WrestleMania season, a current NXT ratings rally, a potential NXT Royal Rumble winner and a bigger building don’t seem daunting enough to AEW, WWE is always prone to having main roster stars featured on NXT, something it hardly needs at the moment as its young ratings rivalry with AEW has suddenly turned into a hotly contested race.

It’ll be interesting to see who comes out on top on Thursday and just how long that momentum will last. But with the black and yellow brand finally starting to figure it out, 2020 bodes very well for NXT.

For PayPal, Honey Makes The World Go Round

‘The Mandalorian’ Breaks Out Of Its Formula For A Thrilling, Tragic Chapter 7