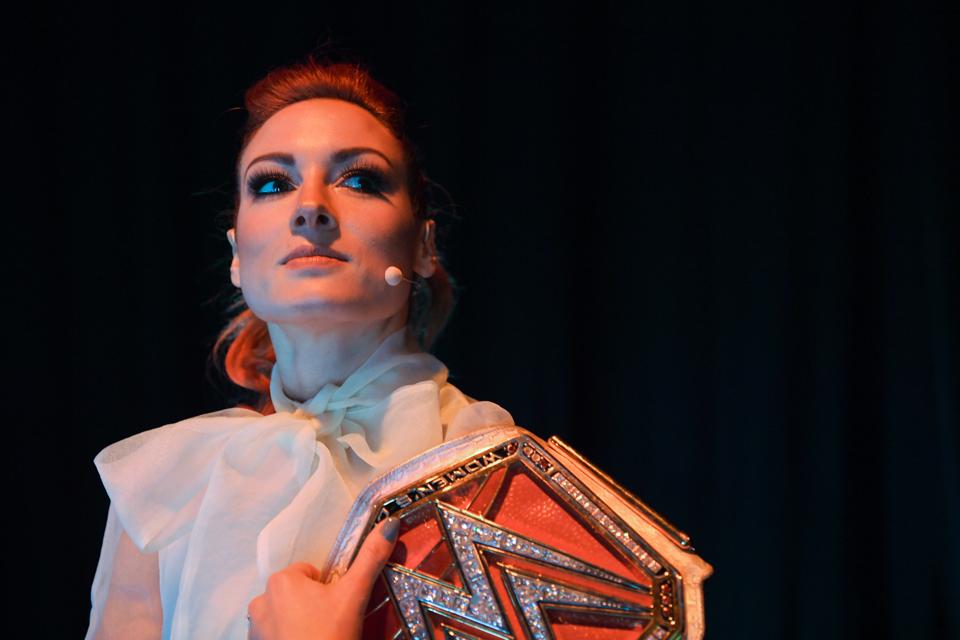 Randy Orton and Becky Lynch plan to address the WWE Universe on Monday night’s episode of Raw from the XL Center in Hartford, Connecticut.

The tenor of these messages could be very different. Orton appeared to suffer a legitimate leg injury at a house show in Hershey, Pennsylvania on Sunday. However, rumors have surfaced that the injury may not be real, and may be a part of a storyline.

Orton announced via Twitter on Monday afternoon that he would address his medical condition on tonight’s episode of Raw.

It’s possible the injury could have been real, but not as serious as it initially looked, and quick-thinking WWE creative personnel pushed to have it morphed into an angle.

Not to be outdone, Lynch took to Twitter a short time after Orton. Her tweet seems contract related, but she skillfully laid the bait for WWE fans to be intrigued about her mic work on Monday.

Orton has been involved in a feud with AJ Styles for the past few weeks. In fact, when the issue with his leg happened, it was just minutes into a match with Styles. Their angle isn’t a primary story, but if Orton is out of action for an extended period, his absence would still be a blow to the Raw brand.

Monday’s shows have been scratching and clawing to improve their appeal. Losing someone of Orton’s stature is still significant.

Lynch has cooled considerably since a red-hot beginning to 2019. She is still the Raw Women’s Champion, but her potential feud with Asuka, and the teaming with former rival Charlotte hasn’t really moved the needle like her previous angles.

Perhaps her mic work on Monday night will add some much-needed spice.

Why Are Michelin Starred Chefs Popping Up At This Phuket Luxury Resort?

Record-Breaking 3D Map Of The Universe Reveals Some...

ServiceNow BrandVoice: Fighting COVID-19, One App At A...