Home Technology WWE Raw Results: 5 Reasons The Last Episode Of 2019 Was The Best Of The Year
Technology

WWE Raw Results: 5 Reasons The Last Episode Of 2019 Was The Best Of The Year 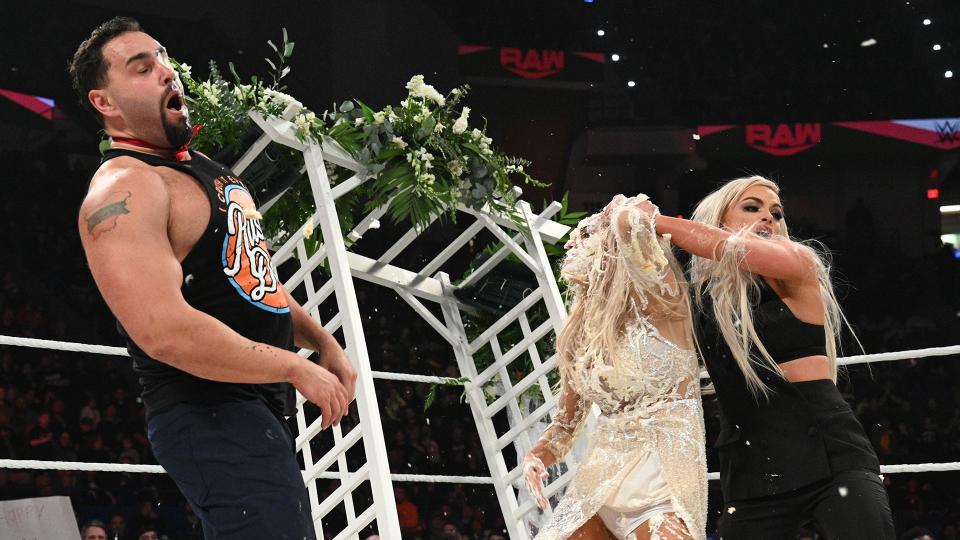 If this is the way WWE plans to go into the next decade with Raw, they’re off to a good start.

The last episode of Raw in 2019 was the best of the year, as it contained some distinct qualities that had been absent from the product throughout the year.

Here are my five highlights from the show.

There were multiple matches with strong in-ring action.

Andrade vs. Ricochet, The Street Profits vs. The O.C., Charlotte vs. Natalya and others delivered the goods. The show didn’t just deliver the action in the ring, for once, the stories and drama were there as well.

Storylines That Made Sense

I can’t remember the last time WWE told me multiple stories in one episode of Raw that I was actually interested in watching. From the beginning to end, this episode felt as though the writers had a logical plan. Samoa Joe and Kevin Owens with Rey Mysterio against Seth Rollins and AOP? Yes, please. That match was perfectly set up moving forward, and perhaps we haven’t seen the last of Aleister Black vs. Buddy Murphy after another good match.

Of course, not all of it was Earth shattering, but it was at least cohesive.

I’ve hated everything about the Rusev-Lana storyline.

I’ve cried for it to end for weeks. I’m still not in love with it, but after the absolute talk-show-like mayhem that ensued on Raw, I’d be lying if I said I didn’t at least want to see what was next in this ridiculous soap opera.

Ex-husbands and wives showed up, Liv Morgan returned and said she loves Lana for helping her through her tough times, but then they fight, and of course, Rusev attacks Lashley. There was just too much to cover in one section, but if you DVR’d the show, I strongly encourage you watch it.

Here is a highlight:

Yes, we’ve seen Mark Henry deliver a similar fake-retirement speech, which is the best mic work of the decade, in my opinion, but this is still different.

Orton looked to have suffered a real injury at a house show on Sunday, but it appears it was a work from the start. Orton executed the swerve and effectively accomplished three very important things in the process.

First, he pumped life into a feud between him and another legend in AJ Styles, despite there being no title connection.

Secondly, this gives Orton some much-deserved attention during the latter stages of his career. Orton has spent so much time in the WWE spotlight that it’s almost a bad idea to put him in a main-event story where a title is the prize. This swerve helped to keep him relevant without elevating him in a title picture.

Lastly, WWE is now delivering vital information and storyline-impacting events during house shows and on social media. The foundation for this swerve was executed on those platforms, and that’s a smart way to approach things in the future.

It raises the value and relevance of house shows and WWE stars’ social media accounts.

The Resurgence of Drew McIntyre

I don’t particularly like handicap matches, but at least WWE put a mic in Drew McIntyre’s hands before they turned him loose on Curt Hawkins and Zack Ryder. He showed strong personality and he was comfortable with the mic. I’ve long thought he was due for a major main-event push.

Perhaps this is the genesis of that concept.

Here’s Why Tesla Stock Just Surged To A...

‘Fortnite’: How To Get The Free Astroworld Cyclone...