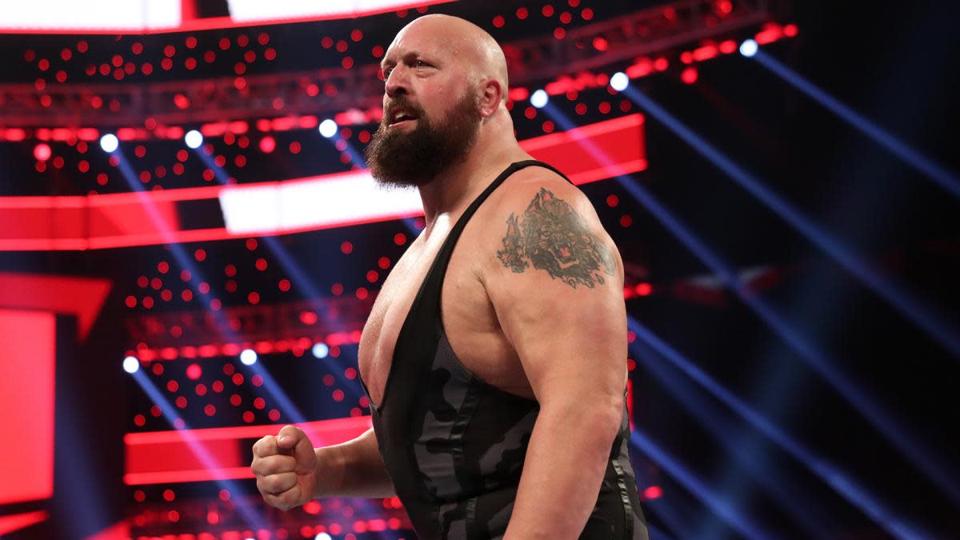 WWE Raw after WrestleMania featured the return of Nia Jax, the in-ring main roster debut of Bianca Belair. The night’s main event was a bonus match between Drew McIntyre and The Big Show following McIntyre’s big win at WrestleMania 36. A worn-down McIntyre defeated the World’s Largest Athlete with a Claymore Kick.

After her win against Natalya, I’m not ruling out the possibility of Liv Morgan pulling off a monster upset over Asuka.

I feel like I say this every week, but Asuka has been the MVP of televised, empty-arena wrestling.

Zelina Vega showed up to this match in full gear in a dead giveaway that this match will lead to another match against Bianca Belair.

“I go here now” would have gotten such a big pop.

Bianca Belair looked great in there but this match went far too long for a debut designed to showcase Belair as the “est.”

These two teams refuse to leave and I’m beginning to think that they were the only members of essential staff that day.

Believe it or not, Angel Garza did not tear his pants off during this match.

That was a lot of effort for the simple task of getting over Bianca Belair.

Before anybody could even log into their Twitter account, Tom Phillips was sure to describe Crews’ appearance on Raw as an exciting acquisition. He even mentioned “expiring draft picks.”

Nobody wants to be described as a guy trying to “hit the reset button on his career.”

Apollo Crews might have gotten more ring time in this match than of his whole main roster career combined.

The magazine-style highlights made Edge and Randy Orton’s slog of a match seem far more epic than it was.

The vast majority of WWE Superstars in this match either are ore have been publicly disgruntled.

Cedric Alexander and Ricochet could actually be a all world tag team if WWE gets behind them even a little bit. Unfortunately, the same can be said about Oney Lorcan and Danny Burch.

Does the WWE PC have a station where you can create a wrestler for real and feed them to top guys?

Seth Rollins did not stop being angry for a single second of this match.

Deonna Purrazzo may have the unique distinction of being the most talented female enhancement talents in all of WWE.

Tonight’s theme was to rehab those whose careers were derailed by a feud with AJ Styles. Hector Garza joined Ricochet and Cedric Alexander as dormant talent to score a win tonight.

WWE built this segment up as the “shocking” aftermath to Drew McIntyre’s big win. Sure, The Big Show was a surprise, but shocking?

WWE’s booking has been so poor of late, I did not rule out the possibility of The Big Show beating WWE’s new top babyface.

The Shape Of Things To Come: “V” Or “L” Recovery

Eight Pieces Of PR Advice To Help You...

How To Stick With Your Financial New Year’s...

Choose To Be Kind, And Your Business Will...

These U.S. Companies Have The Highest Debt-To-Equity Ratios...

7 Books Every Entrepreneur Must Read at Least...