Breaking
Looking To Improve Efficiency In Your Business? Here’s...
AI and machine learning for business
How Social Media Changed the World
Shopify: The Pros and Cons
Should your business go green?
Expanding Your Business Into Spain: What You Need...
Essentials For Your Office Coming Out Of COVID-19
What Can Marketers Learn From Digital Cults?
Why NASA’s James Webb Space Telescope Will Never...
Increasing HR Effectivity and Efficiency through Software Solutions
The Difference Between Building A Startup In Bull...
Fluor Corp Ranked Among Today’s Top Shorts
Common Pitfalls to Look Out for When Buying...
Will the Olympics go ahead this year?
Pack Up the Big Top: Insights from MozCon...
Best WordPress Themes for Blogs
Home Business WWE Raw Results: News And Notes After Shayna Baszler Bites Becky Lynch In Bloody Attack
Business 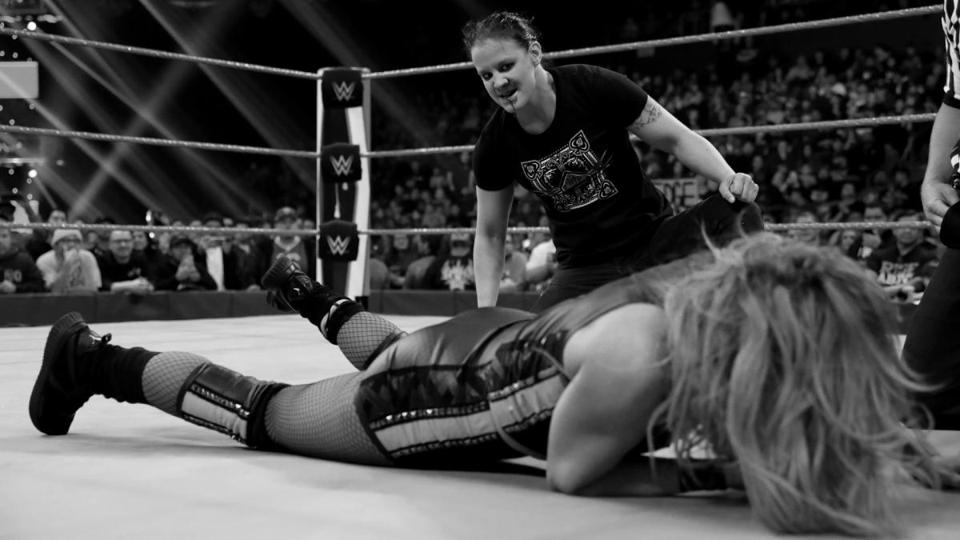 Shayna Baszler bit Becky Lynch in the neck in a bloody attack.

WWE Raw featured a strong Raw Women’s Championship match where Becky Lynch retained her world title only to be attacked by former NXT women’s champion Shayna Baszler. Baszler proceeded to bite Becky Lynch—presumably on the neck—as the startling image of a mouth filled with blood signaled Baszler’s official arrival to the main roster.

Seth Rollins jacket was almost as awesome as his new t-shirt. Heel Seth Rollins is killing the fashion game right now, you heard it here first.

Fresh off false reports of him being suspended, Samoa Joe felt like he had an extra “I ain’t dead, yet!” pep in his step.

This past month reminded me of how good Becky Lynch is, until I remembered she’s mostly been working with Asuka. Asuka is amazing.

I spent most of this match waiting for Shayna Baszler to pounce until I really got into her match, making her post-match attack surprising. Biting Becky Lynch’s ear was extremely surprising.

Becky Lynch: “Did that [expletive] bite me?!”

On one hand I loved this Shayna Baszler return/re-debut as it made her look like a savage. On the other hand, I have a fleeting fear that Vince McMahon is going to double down and literally make her a cannibal which is a death gimmick.

If Mojo Rawley is famous for riding Rob Gronkowski’s coattails, what does that make Riddick Moss famous for?

Mojo Rawley has won the Andre the Giant Memorial Battle Royal and the WWE 24/7 Championship, and both times he proved that even when he wins, he still ends up losing.

Riddick Moss winning the WWE 24/7 Championship shouldn’t have felt like a career-defining moment but it did. That’s not a good sign.

These people loved MVP and he was still scripted to be a heel.

MVP claimed Drew McIntyre had “single-leggedly” eliminated Brock Lesnar from the 2020 Royal Rumble as if Ricochet didn’t chip in with a low blow.

MVP is such a talented and believable performer. For all the black hole personalities in this company who are forced to recite their lines, it’s baffling that they haven’t used him as a lifeline for any of them.

I know anybody who understands those dorky little star ratings loves Andrade, but I understand star power and Angel Garza is so much more promising in this role.

Fans reacted to Angel Garza pulling his pants off and they don’t even know who he is yet. This man is a star.

I hate to be the one to break this to her, but at no point has WWE Raw, or anywhere on the main roster, ever been considered Sarah Logan’s turf.

Rhea Ripley is not being featured on WWE Raw two weeks in a row only for her to lose to Bianca Belair at WWE NXT TakeOver: Portland. If Bianca Belair doesn’t make an appearance on this broadcast (which she didn’t), her chances of winning on Sunday are slim and none.

At this point it just seems like Bobby Lashley and Lana are married in name value only, and are simply going through the motions. Like most real married couples.

Bobby Lashley dominated this match, which went on to get upstaged by a Sonic the Hedgehog trailer. This poor guy doesn’t have a chance against Brock Lesnar.

Matt Hardy sticking up for Edge is great and all, but anybody who has followed him over the past year or so knew exactly how this was going to end for poor Matt.

Matt Hardy assuming everybody knew his backstory with Edge was a sad admission that the only people left watching are hardcore fans.

Aleister Black isn’t one to take a risk when picking fights.

Aleister Black’s all-over-the-place promos are beginning to become one of Raw’s weekly highlights.

Whatever hospital Becky Lynch went to didn’t have the common courtesy to wipe the blood off her face and body?

This was a shockingly anticlimactic segment where Shayna Baszler was nowhere to be found.

Kevin Owens’ team has to be in the Top 5 of combined weights announced for a team in WWE history.

People always freak out initially when Vince cuts somebody’s name short, but when’s the last time you heard somebody beckoning for Antonio Cesaro or Alexander Rusev?

Murphy looked so out of place as the only member of his team wearing white.

After the marathon of commercials, the final sequence of this match was fun to watch. This has been a very strong in-ring feud for weeks now.

Google’s Machine Learning Is Making You More Effective In 2020