Breaking
Rival Independent ‘Oversight Board’ Formed By Facebook’s Rivals
Meet George The Poet: Spoken Word Artist Partnering...
Parrot Plumage Color May Be Linked To Body...
Best Applicant Tracking Software
Recent Precious Metals Dip A Buying Opportunity
Looking For Venture Capital? Here’s How One 50+...
Trump Will Create More Debt Than Obama
Growing Your Retirement Money Using 401(k) Dollar-Cost Averaging
Wellness Exec Abby Miller Levy Partners With Venture...
Microsoft Teams Issues Strike To Zoom With Tidal...
What’s Coming For The S&P 500 In October
4 Ways You Can Showcase Empathy With Your...
A $22,000 Microsoft Surface Will Soon Be For...
Zooming In – Should SMEs Invest In The...
iOS 14: The Surprising Security Risk Of Sharing...
How A Break From Lord Sugar Changed The...
Home Business WWE Raw Results: The Big Show Returns, But Is Misplaced In Main Storyline
Business

WWE Raw Results: The Big Show Returns, But Is Misplaced In Main Storyline 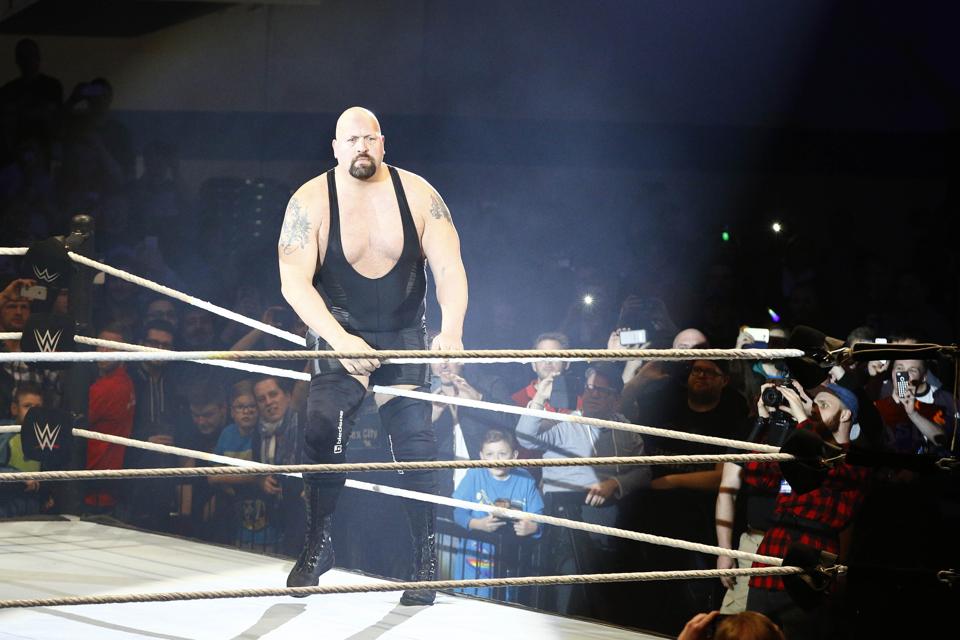 The Big Show surprisingly returned to a WWE ring on Monday Night Raw to team with Samoa Joe and Kevin Owens as they took on Seth Rollins and AOP in the episode’s main event.

I love the Big Show and appreciate his longstanding, soon-to-be Hall-of-Fame career, but this was an example of poor placement of a legend.

I’m never a fan of using temporary or part-time workers in storylines that should be designed to have depth and longevity.

There is too much potential in the current feud to dilute it with cheap legend appearances that have no real connection to the story that has been crafted. I understand why Rollins is carrying on in his current role. Owens and Joe’s beef with Rollins and AOP makes sense, but it’s hard to understand how Show is linked. Furthermore, there was no explanation for his presence.

That’s not a good look for any WWE angle.

Show, who turns 48 next month, didn’t look horrible in the ring, but he did appear much slower than he did during his last extended run. Considering he’s had some serious health issues over the past two years, that’s a minor miracle.

Still, you have to wonder how long he can participate in any feud. If the plan is for him to participate for a short period of time, WWE needs to carefully craft a story around his entry and likely exit that doesn’t make his presence seem insignificant.

On Monday, Show, Owens and Joe were victorious via disqualification after Rollins hit the former with a chair. However, Show would ensure his team had the upper-hand at the end of the episode when he landed the KO punch to knock Rollins out.

A return six-man tag has already been announced for next week’s show, only the bout will be a Fist Fight. We haven’t seen one of those in the WWE recently–if ever–but it sounds like a bad gimmick match. Can WWE possibly save this from damaging the angle?

We’ll find out a little more on next week’s episode of Raw as we head for The Royal Rumble on January 26.

AWS Outposts Is Bringing The Cloud Into Data Centers

What It’s Like To Taste Impossible Pork, And Why It Probably Doesn’t Matter