Breaking
Best Incentive To Get Vaccinated: Money, Messaging, Or...
Page Level Query Analysis at Scale with Google...
How A CIO Can Align IT With Business...
Blogger of the Month: Jo, Girl Eats World
6 Things Women In Business Know That Men...
How to Use First-Party Data for Ad Personalization
Pressing Reset—Putting A Fallen Unicorn Back On Its...
How We Went Viral: Promoting Content with Influencers,...
Blame Olympic Record Price Tag For Return To...
Apple iOS 14.5 Release: Should You Upgrade?
Why Gaming Gear Company Razer Launched A $50...
Technical SEO Implementations to Increase the Impact of...
30 Brilliant Ways to Market Your Eco-Friendly Shopify...
15 Tech Industry Leaders Share Overused (And Misused)...
How to Use Amazon Posts to Promote Your...
U.S. House Passes Bill To Create First Crypto...
Home Business WWE Raw Results: Winners, News And Notes From July 13, 2020
Business 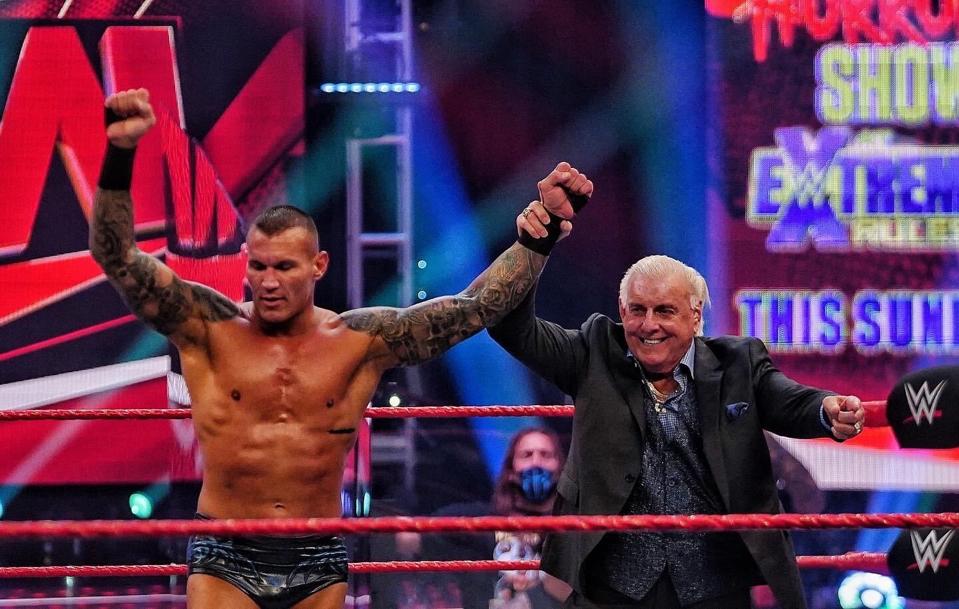 WWE Raw featured a tag team championship main event as Bayley and Sasha Banks defended the WWE Women’s Tag Team Championships against The Kabuki Warriors. The go-home show for The Horror Show at Extreme Rules also saw the returns of Bianca Belair and Shayna Baszler, in addition to Randy Orton continuing to reprise his role as The Legend Killer.

Dolph Ziggler and MVP really should be having a conversation about how 2010 should have been their year.

During the build up of this feud, Dolph Ziggler has been able to successfully avoid Drew McIntyre’s attacks like only a veteran heel can.

At this point, Angel Garza and Andrade could be salvaged as a dysfunctional tag team that fails upwards. The Viking Raiders, on the other hand, don’t seem like they can be salvaged at all.

Nobody was happier to see Andrade and Angel Garza back on the same page as Samoa Joe.

Despite previously debuting on the main roster, Bianca Belair had to be introduced because that felt like it was 10 years ago.

The fact that Liv Morgan didn’t come to Ruby Riott’s aid tells me WWE is either dragging out their reunion or Liv was unavailable.

I’m so glad this promo didn’t make any inside baseball references to dirtsheet reports about Shayna Baszler’s push.

Shayna Baszler and Bianca Belair appearing on tonight’s show makes me think WWE creative had a “whatever happened to…” meeting.

WWE is admirable in how seriously they’re taking an otherwise ridiculous concept of “Eye for an Eye.” What athletic commission would approve of this?

Seth Rollins was talking about all the things Rey Mysterio won’t see after he is blinded, not mentioned was the color green if and when Rey gets all those bands to sign a new deal.

At what point will Aleister Black’s career be his own rather than be beholden to Rey Mysterio’s honor?

I spent the better part of this match trying to read what was on Rey Mysterio’s t-shirt. It looked like a stamp.

Kevin Owens and Seth Rollins have been feuding since the arenas were full. That’s a long time.

Kevin Owens’ victory means Twitter got to avoid the random conspiracy theories that would have popped up about Owens being buried after confronting Vince McMahon about talent wearing masks.

Randy Orton wasted no time suggesting he was going to turn on Ric Flair.

Randy Orton is reprising his Legend Killer gimmick just so WWE has a slick way to roll out legends on television to save its historically low ratings.

WWE is saving Randy Orton vs. The Big Show for next week on Raw, which is a direct response to drawing near-all-time lows for last week’s show.

Is there any worse distinction in wrestling right now than Ricochet’s sidekick? At least To look on the bright side, at least Cedric Alexander isn’t the one who has to lose to Bobby Lashley every week.

If WWE wants to be safe during the pandemic, they can just re-air any of the countless empty arena matches where Bobby Lashley destroyed Ricochet and nobody would notice.

Bayley and Sasha Banks should have been wearing matching all-black ring gear during this entire heel run.

How can Kairi Sane be anywhere near retirement given how spry she looked throughout this match?

These four have so much chemistry together, though this match was not without its share of edits.

Daring ‘Hope’ Mission To Mars: How And When You Can Watch A Live Stream Of The Launch

Stock Picking Is Heating Up, So Focus On Speculation