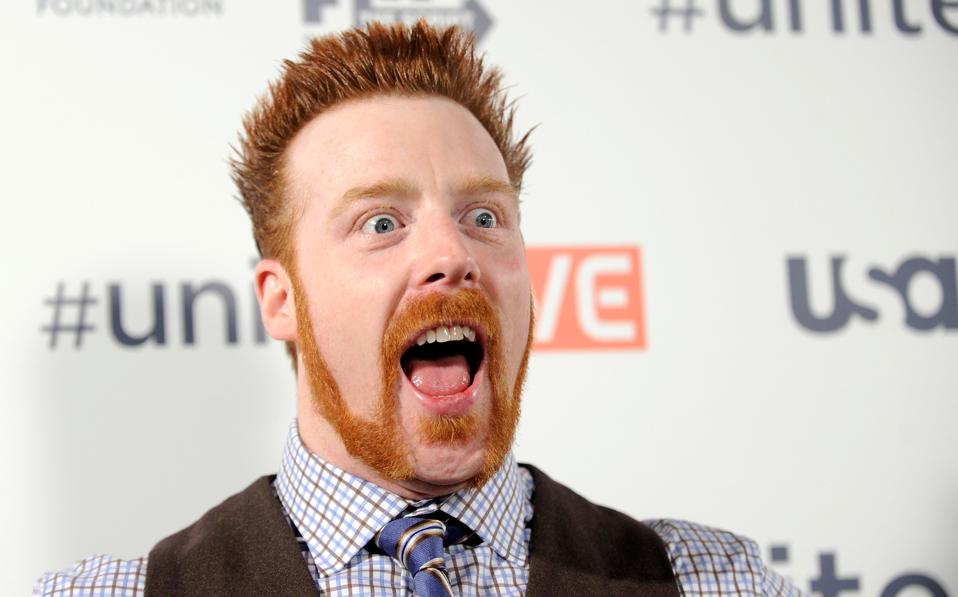 LAS VEGAS, NV – Sheamus returned to WWE television on Frdiay and is a good bet to be an entry in the … [+] 2020 Royal Rumble. (Photo by David Becker/Getty Images)

The Royal Rumble is in a little more than three weeks, but we’re already seeing a blueprint for the card.

Here are the details on the date and location, along with some of the recent happenings on Friday Night Smackdown that are sure to impact the WWE’s first pay-per-view event of the year.

Roman Reigns is in the Rumble

Ahead of a tag-team match that saw the Big Dog team with Daniel Bryan against Baron Corbin and Dolph Ziggler, Reigns announced he would be a part of the 2020 Royal Rumble.

He is an obvious favorite as it is clear WWE is trying to skillfully move him back into the Universal Championship picture.

Reigns winning the Rumble is still a good bet, though WWE may try to deal him one more hardship before he regains the title he had to relinquish when he made his leukemia diagnosis public back in 2018.

There appears to be some moderate momentum toward a tag-team match between The Revival and WWE Hall of Famers, Harlem Heat (Booker T and Stevie Ray). The Revival have been pegged as a team likely to jump ship to AEW when their contracts expire later this year, although recent reports suggest otherwise.

In any case, The Revival have engaged in some on-screen and social media banter aimed at Booker T and his real-life brother. Booker T confirmed he and Stevie Ray are considering it on a New Year’s Eve episode of WWE Backstage.

The match has the usually desirable local connection because The Royal Rumble is in Houston, which is the hometown of Harlem Heat.

Bet on Sheamus Being in the Rumble

The Celtic Warrior made his return to WWE television on Friday Night Smackdown, promptly attacking Shorty G with a Brogue Kick.

I doubt Sheamus engages is a long-term program with Shorty G. However, this attack could be the first in a short series of bullying acts from the former WWE Champion that builds him as a potential contender for the Royal Rumble. Sheamus won the match back in 2012.

Daniel Bryan vs. The Fiend

The Royal Rumble main event between Universal Champion The Fiend and Daniel Bryan has been a go for weeks.

The feud added a new layer when The Fiend attacked Bryan on Friday night. With three weeks of build remaining until The Royal Rumble, I wouldn’t be surprised to see a stipulation added to the match.

Something that makes room for more brutality seems like a smart bet.

After a more than seven-year absence, John Morrison returned to WWE television on Friday. He didn’t get into any sort of confrontation, but he was paired with the Miz who had a heel turn after losing a match to Kofi Kingston.

A tag match between Morrison and The Miz against Kofi Kingston and Big E for the Smackdown Tag-Team titles at Royal Rumble would have some real potential. Look for more Royal Rumble buzz after Monday’s episode of Raw.

Huawei Loses Out As Trump And China Agree...

Xbox Series X Games Will Be Compatible With...