Breaking
The Ultimate Guide to Saving Money
Lights, Camera, Action—Is There A Post-Covid Future For...
7 Ways to Reduce Human Errors in Your...
How ‘Couples Therapy’ Used Technology To Cope With...
Can You Settle Your Student Loans Or Negotiate...
How to Use Amazon Attribution For Ad Campaigns
What are the Makings of a High-Quality Link?
How To Quickly Start And Scale Your Business
Terra Virtua: What NFTs Can Teach Us About...
5 Easy Steps To Prepare Content For E-A-T...
Physical Inactivity Linked To More Severe Covid-19 Infection...
The 2021 Estimated Tax Dilemma: What Tax-Return Pros...
Want To Digitally Transform Your Business? Start With...
How to Optimize Google My Business and Leverage...
Debunking Link Building Myths in 2021
How, When And Where You Can Gaze At...
Home Technology WWE Royal Rumble 2020 Viewer’s Guide: Card, Confirmed Entrants, Odds, And Storylines
Technology 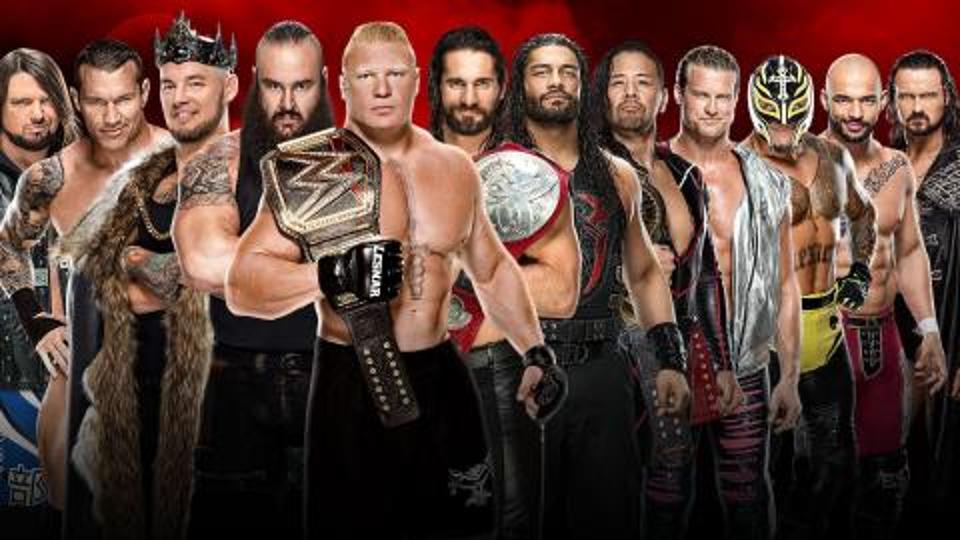 The WWE Royal Rumble is still my favorite PPV event in the industry. This year’s show happens on Sunday in Houston, Texas at Minute Maid Park.

Let’s take a look at the event including the viewing info, the confirmed Rumble entrants, odds and more.

Who’s In, And What’s the Story? 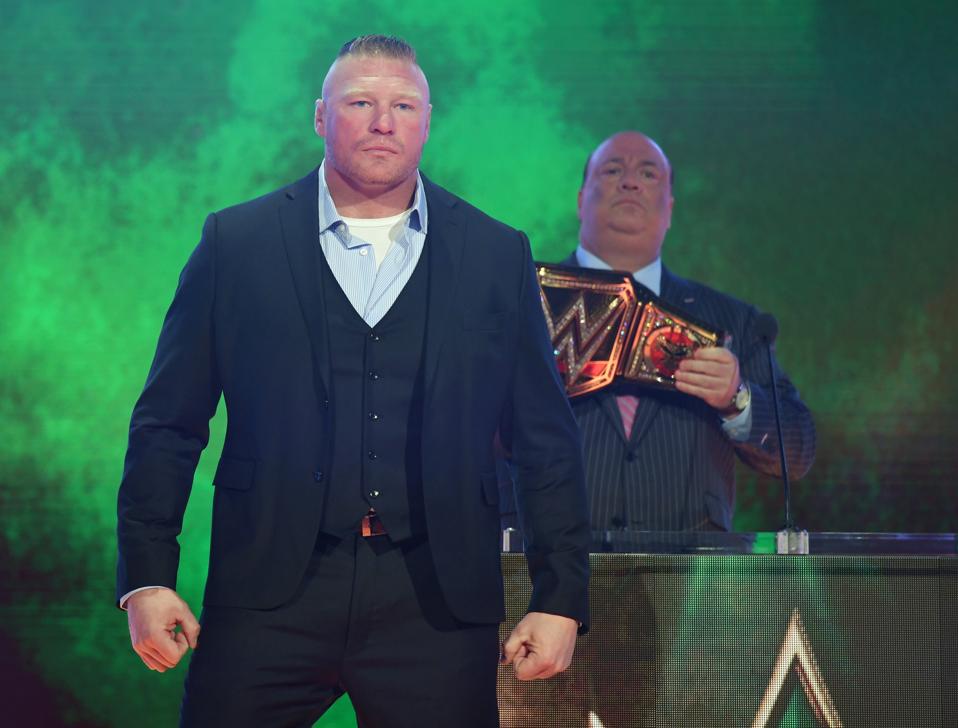 Reigns is currently the favorite to win the Rumble, per Bovada. Here are the odds.

On the women’s side, an NXT star who isn’t even confirmed for the match is the current favorite. Former NXT Women’s Champion Shayna Baszler is the one oddsmakers expect to win.

Here are the odds:

There aren’t a lot of open slots on the men’s side. With 26 confirmed entrants, there is only room for four surprise entrants. Here are three of the most rumored. 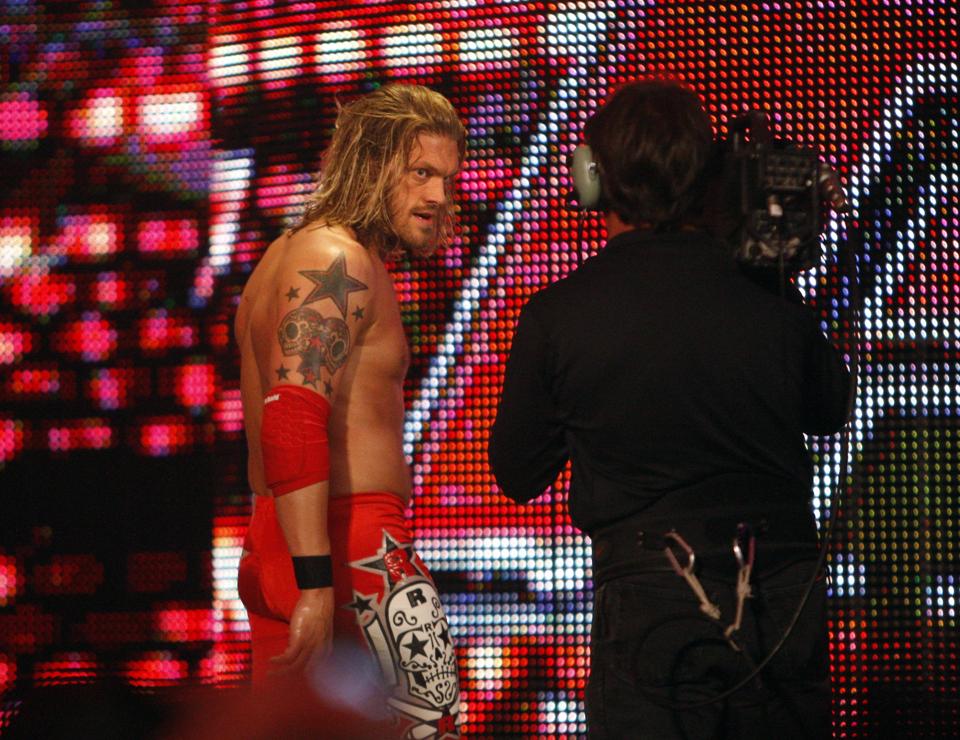 Canadian professional wrestler Edge peers into a live video feed as he taunts his opponent during … [+] the Monday Night Raw event at the Staples Center. (Photo by Allen J. Schaben/Los Angeles Times via Getty Images)

The buzz has been around for a little over a month.

WWE Hall-of-Famer Edge could be headed back to the ring. Expect to see Edge signs and more at the stadium and the crowd will erupt if he does come down the aisle.

I wouldn’t expect him to win, but it’s likely something would be in place for him to have a meaningful WrestleMania match if he is in the Rumble.

There hasn’t been a great deal of conversation about Punk at the Rumble, but he is back working with the promotion in some capacity as a member of the WWE Backstage panel periodically.

If he is in, he’ll be steal the show. It’s a longshot, but if it happens, it will rule social media for the evening and much of Monday.

He has said he’ll be in the Rumble, but his spot hasn’t been confirmed. I’m less excited about the possibility because he has been so terrible anytime a mic has been in his hand. Also, I can think of at least 1,000 things I’d rather see than a continuation of his feud with Lesnar.

The women’s Rumble has tons of room for surprises. Here are four who could have a number.

As you saw with the odds, Baszler isn’t just expected to be in the Rumble, oddsmakers have her as the favorite. It makes sense. She held the NXT Women’s title for what felt like forever, and both Raw and Smackdown are in desperate need of more women on the roster.

It feels like she’s a lock to be there even though her presence hasn’t been confirmed.

Her return from injury is imminent, and after she made such a memorable appearance in last year’s men’s Rumble, it would seem the former Raw Women’s Champion would be ready to make an impact at the women’s match in 2020.

This would be a major needle-mover if Rousey makes her return at the Rumble. The women’s division badly needs a spark as things have fizzled since last year’s feature in the WrestleMania main event.

Rousey’s presence would be a game-changer as it always is wherever she goes.

Like Jax, Riott is scheduled to return from her absence soon. Rumors are swirling that it will happen at the Rumble. I’m inclined to believe it with so many open spots available.

The feud between Bryan and The Fiend has been strong, but mostly one-sided in favor of The Fiend. I expect The Fiend to retain his title in this match, though Bryan may get off more offense than he has in the past meetings. It’s hard to imagine The Fiend not being the champion heading into WrestleMania.

I do hope they ditch the red light during his matches. It’s annoying.

Rollins doesn’t have a singles match, but you have to wonder if his group will expand at some point during the PPV, or even the next night on Raw.

A four-man team is strong, but a fifth might make them all the more formidable.

The women’s division is struggling. Becky and Asuka are charged with energizing it unless they get some help from a returning Rousey, or the new blood in the form of Shayna Baszler.

Becky figures to retain her title against Asuka, with the possibility of a feud with Baszler starting on Raw.

I’m hot and cold with this feud, though I love Evans in the ring. She was a little stronger as a heel, but that’s mostly because they’re laying it on a little too thick with her Super Patriot act.

You have to wonder if the Sasha Banks’ turn is coming up so that a match with Bayley at WrestleMania can happen, or if the two will continue to beef with Evans.

Morrison is a complete star.

Whenever he’s on screen, it’s clear. I’m looking for him to be a factor and to do something that is the seed for conversation leading up to Friday Night Smackdown. I’m convinced he’s not back with WWE just to be a mid-carder.

Andrade’s Rise to Become the Face of Mexican Wrestling

The Andrade-Mysterio matches were excellent. I’m not sure he’ll have the same chemistry with Carrillo, who is less polished than Mysterio. Still, I like Andrade’s ascension, though I’d like to see him allowed to feud with people who aren’t Mexican.

It’s as if he’s been restricted to cultural matchmaking at the moment.

The Sheamus build is going to hit another level on Sunday when he brutalizes Shorty G. In fact, the beatdown will probably transition the Celtic Warrior into his next feud. Be on the lookout for post-event coverage on Sunday night.