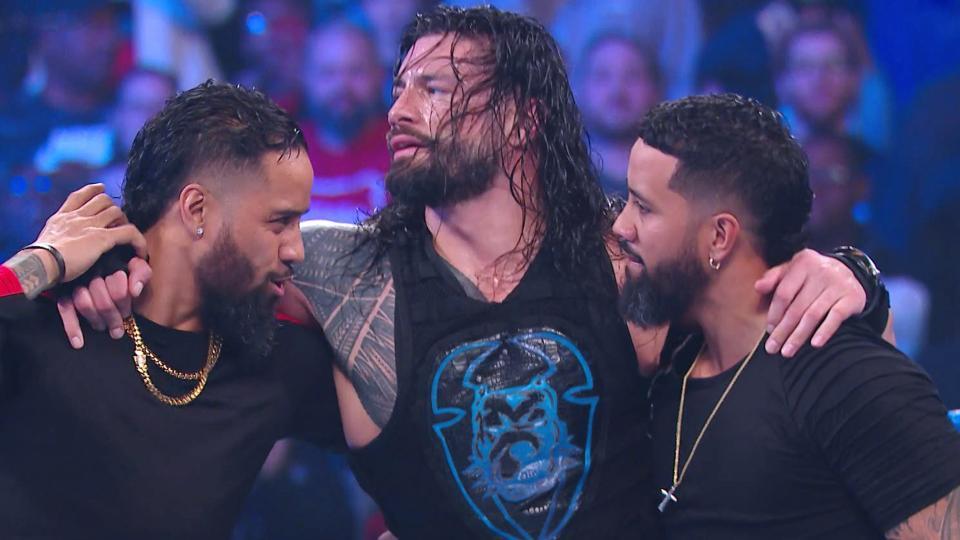 Well, that was eventful.

On Friday, WWE delivered an episode of Smackdown packed with returning stars, and heel turns.

It looked as if Sheamus would be coming back to WWE and Smackdown as a face after his promos from the past few weeks. This mirage was kept in place through the first moment of his return as it appeared he’d come to the aid of Shorty G, who was being double teamed by The Revival.

However, Sheamus confirmed his place as a heel when he did this after chasing The Revival from the ring:

I like Sheamus as a heel and face. The quality of his presence on WWE programming depends on where his character is taken moving toward Royal Rumble and WrestleMania.

It appears he might be headed toward a match with Shorty G at the Rumble, and I’m not thrilled about that idea. I’d like it better if Sheamus was simply entering the Rumble.

John Morrison is Back

I wrote about Morrison re-signing with WWE a few weeks ago, and he made his on-screen return on Friday. He’s been put back with The Miz and seems headed for a run as a heel.

Why am I so sure of that? Here’s what happened with The Miz to set up Morrison’s appearance.

The Miz Loses, Flips Out and Turns Heel

A miffed Miz got into an altercation with Kofi Kingston and Big E backstage, and a match with the recent WWE Champion was hatched.

Kingston would win the match via roll-up pin which sent The Miz into a rage. He attacked Kingston and pummeled him until Big E chased him from the ring. On the ramp, here’s how The Miz responded to the reactions of the WWE Universe on hand in Memphis:

Moments later, Morrison answered the knock on The Miz’s door and it appears their partnership from years ago will be restarted.

Don’t be surprised to see The Miz and Morrison vs. The New Day at Royal Rumble.

As if two major returns weren’t enough, The Usos made their way back to Smackdown on Friday when they rescued their cousin Roman Reigns from another two-on-one attack from Corbin and Dolph Ziggler.

I’ve had conversations with members of the wrestling community about a stable called The Bloodline that includes Reigns, The Usos, Naomi, Tamina and Nia Jax. I’m hopeful this is the start of that–even though it might be even cooler if the group were heels.

Prior to The Usos’ save, The Fiend crashed the tag-team match between Reigns, Daniel Bryan, Corbin and Ziggler to attack the leader of The Yes Movement. He incapacitated Bryan with the Mandible Claw, which created the opening for the double team on Reigns.

Don’t be surprised if there are some special stipulations added to the Bryan-Fiend match for Royal Rumble. There are still three more episodes of Smackdown between now and the Rumble, and it would appear there are more layers to be added.

Reigns announced his intentions to enter the Rumble and teased a potential main event match with Bryan, should he defeat The Fiend later this month and become the Universal Champion.

Ask Ethan: Could We Just Build A ‘Space Sunshade’ To Counteract Global Warming?