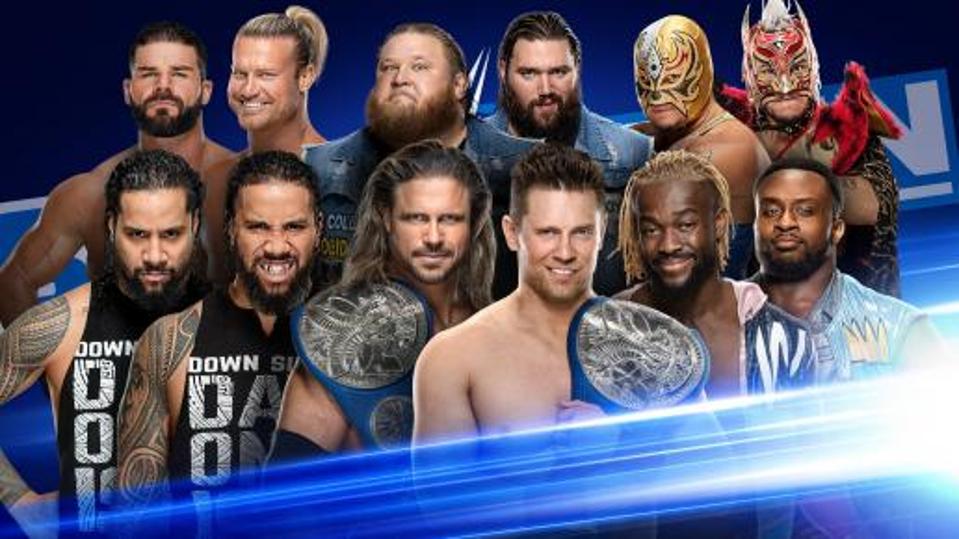 The Miz and John Morrison’s reunion has been a success from a popularity standpoint, and the duo dethroned The New Day at Super ShowDown.

Now the team is set to defend their newly won Smackdown Tag-Team titles in the Elimination Chamber on Sunday in Philadelphia.

Here is a look at the odds, a preview of the match and a prediction.

With this charismatic duo having just won the tag titles, it seems unlikely they would lose the belts in the very next show. Also, there is no other team in this match that would seemingly have the kind of momentum suitable to dethrone The Miz and Morrison.

That logic stands to reason, but could a swerve be on the way?

Jimmy and Jey are perhaps the safest bets to win the tag-team titles at any time.

With multiple title runs under their belts and a recent program alongside their cousin Roman Reigns, there is a case to be made for the brothers to have another title reign.

Oddsmakers don’t like their chances as much as the champions, but they are second-most favored team.

Kofi Kingston and Co. seem to be plummeting down the ladder since his reign as the WWE Champion in 2019.

After losing the titles to The Miz and Morrison last week, there is almost no chance the duo has the belts put back on them so soon.

The WWE Universe would love to see this swerve, but it’s probably a little too good to be true.

Otis generated some positive vibes with his love affair angle with Mandy Rose, and he and Tucker have great chemistry.

It’s also been a while since a powerhouse team has held the tag-team titles. There is plenty of reason for HM to become Smackdown Tag-Team champions, which is probably why it won’t happen.

Throughout history, this is the kind of booking decision that is just too fan-friendly to expect.

No one really ever expects Dolph Ziggler or any team he’s on to win big matches any more. His character is traditionally used as an enhancement for someone else who is getting a push.

In this instance, Ziggler and Roode’s presence is likely just to fill a pod to facilitate the EC tag match. That said, both Ziggler and Roode can put on a great match in their sleep, so their participation in the chamber is logical.

Speaking of filling a pod and providing some entertainment with no realistic chance of victory, that description defines the Lucha House Party’s presence in the Smackdown Tag-Team Elimination match.

Expect some high-flying spots, but they have the longest odds for a reason.

Bet on The Miz and John Morrison retaining.

Expect to see an entertaining match that might be even better if everyone wasn’t so sure who was going to go over.

Anything besides the expected, or a Heavy Machinery win might be met with discontent from the WWE Universe.

Future Tech Trends: The 4 Technologies That Will Change Marketing Forever

The Megxit Countdown: Meghan Markle Attends The Endeavor Fund’s Awards With Harry And Preps For Her Last Weekend As A Working Royal