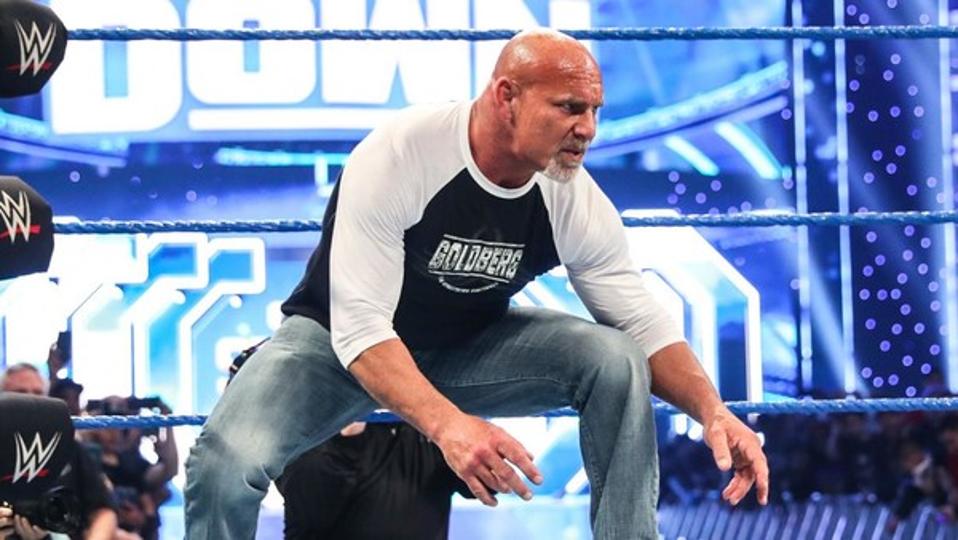 Goldberg challenged The Fiend for the WWE Universal Championship at WWE Super ShowDown.

Goldberg’s victory now sets up a possible showdown against Roman Reigns, who will be heavily favored to win March’s Elimination Chamber, for the blue brand’s top title.

Goldberg walking into WrestleMania 36 as Universal champion was unfathomable as recently as three weeks ago. In fact, when the Hall of Famer was announced for an episode of Friday Night SmackDown, only to be interrupted by The Fiend, the wheels set in motion for what initially seemed like a major sacrifice for one of WWE’s biggest top stars.

WWE’s ongoing pay-per-view negotiations, however, began to change the discussion and raise red flags as to whether or not The Fiend’s days were numbered as a world champion. WWE has failed to create a transcendent star in the post-John Cena era, and has often relied on part-timers like Lesnar, Undertaker, Cena, The Rock and Goldberg—to name a few—to move the needle for its biggest events.

With the possibility of WrestleMania being offered at the traditional pay-per-view price of around $60, the previously planned Fiend vs. Roman Reigns WrestleMania program simply wasn’t enough of a blockbuster.

Goldberg’s aforementioned return appearance led to a significant ratings increase on the February 7 broadcast of Friday Night SmackDown. Goldberg’s brief segment translated to an estimated 19% boost on a night where overall viewership was up 4.5% to 2.538 million. Maybe the writing was on the wall when those numbers were released, especially given Vince McMahon’s proclivity to milk a ratings draw for everything it’s worth regardless of the circumstances.

A recent Matt Hardy segment opposite Randy Orton on the February 10 broadcast of Raw gained an impressive 221,000 viewers. The segment ended with Orton delivering a Con-Chair-To to Hardy—identical to the Con-Chair-To that put Edge out of commission to this day—in what was supposed to be Hardy’s sendoff. Due to the segment’s strong performance, however, WWE bafflingly announced Hardy would be back to compete in a no disqualification match against Orton. Instead, Orton attacked Hardy in street clothes yet again, essentially repeating the segment from the week prior with several more Con-Chair-To’s added.

The Matt Hardy odyssey speaks to just how much WWE values stars who can move the needle, and Goldberg is currently one of the strongest in that department. In a perfect world, Goldberg and The Fiend would be kept separate. In fact, there was never a need for these two to cross paths as Goldberg’s road to WrestleMania could have featured him squashing underlings (Bobby Roode, Cesaro and/or The Revival—take your pick), similar to how he got over in WCW in the first place.

But given how much things change within a company that does not plan long-term, a Goldberg victory that cannibalized The Fiend (for now) was a fitting outcome as the WWE looks to similarly cannibalize its Network in hopes of recouping lost pay-per-view revenue.

Here’s How Much Money Pharmacy Technicians Make In Every State