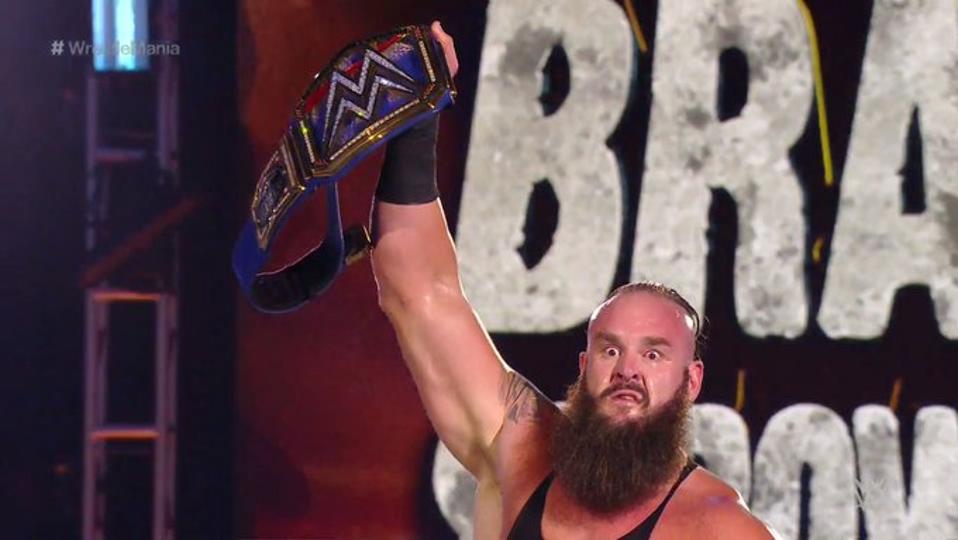 Strowman’s career trajectory has been an odyssey that may have made a lesser man disappear. Just as it seemed WWE was on to something with its pet project, one world championship failure after another sapped Strowman of his credibility.

Settling into a midcard role before even experiencing the momentary joy of being a WWE or Universal champion, Strowman seemed lightyears away from his breakout 2017 where he seemed on the precipice of super stardom.

After extenuating circumstances launched Strowman into one of WWE’s biggest matches of the year, The Monster Among Men suddenly found himself staring down the barrel of an 0-7 record in world championship pay-per-view matches. Another loss could have permanently shut the window of opportunity for Strowman as a top star if that hasn’t happened already.

But with his big win, WWE has chosen to take advantage of a reclamation project that has fallen into its lap. The visual of pinning Goldberg is still a novelty all these years later, and his controversial win over The Fiend at Super ShowDown only made him a more prized commodity for an up-and-coming star to defeat.

With WWE’s audience shrinking down to the most hardcore fans, a Strowman win may not have been well-received in a full arena of fans, especially on a night like the Raw after WrestleMania. Strowman’s recent comments against independent wrestlers seeking donations hardly endeared himself to fans of that sensibility, who now dominate WWE’s core demographic.

But with enough time, that story—and its residual tension—will blow over and Strowman may have a legitimate opportunity to keep WWE’s viewership together as a monster world champion.

There Are Worms In Space

WWE NXT And AEW In Dead Heat As...

Five Must-Do’s For Business Leaders In The Face...