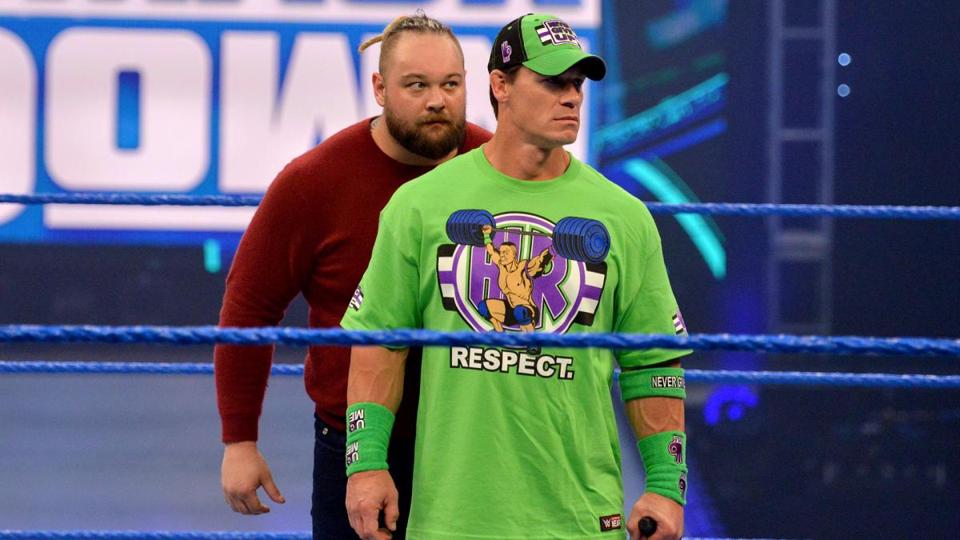 The climactic stage of the Firefly Fun House Match match featured a Vince McMahon puppet grumbling the worlds “this is such good shit,” in reference to Jon Moxley’s anti-WWE podcast interview on “Talk is Jericho”.

Part inside-baseball; part SNL sketch; part WWE vignette; part WWE Twitter TWTR , this forward-thinking “match”—which ended without a winner—stood on its own as arguably the best of the show and/or arguably its worst. I back the former.

This match took every liberty it could. Given Wyatt’s supernatural persona—alternating between host of the Firefly FunHouse and monster—the stream-of-consciousness match/commentary was right within his wheelhouse. The Firefly Fun House Match is also an interesting rewatch to find all the easter eggs included.

This match will not be without its critics due to how outside the box it went. But it figures to earn enough praise to incentivize WWE in creating more cinema-based content.

The Undertaker and AJ Styles’ transcendent performances in the already iconic Boneyard Match served as both a gift and a curse to the Firefly Fun House Match. On one hand, it gave fans optimism for WWE’s ability to pull off cinematic pro wrestling, especially on a severely compromised WrestleMania weekend.

On the other hand, Bray Wyatt and John Cena’s cinematic match would forever (and unfairly) be judged against a match that was instantly lauded as a masterpiece.

Unfortunately, many who enjoyed this match are more likely to be longtime followers of the product, which is the vast majority of WWE’s current audience. This masterpiece/flop took no time to educate fans about many of the references made.

With the walls closing in on live wrestling, WWE’s foray into cinematic pro wrestling may need to be on the table as a viable—and at this point superior—option for nationally televised first-run wrestling.

The consensus in this match was that The Fiend had to win. Defeating WWE’s biggest star of the last 20 years was a much-needed step in the right direction for a character that went from being the toast of WWE to near-freefall after just one night in Saudi Arabia. But in a very fitting conclusion, there was no winner, there was no loser and the idea of seeing a “rematch” after an inconclusive ending could energize viewership.

The Fiend won’t truly feel like he’s back to normal until he regains the Universal Championship, and fortunately there’s a built-in storyline with Universal champion Braun Strowman.

Hopefully, what would be a brutal in-ring matchup between Bray Wyatt and Braun Strowman can be saved by cinematic production. Like Cena and Wyatt, they’d have plenty of history to work with.

‘Westworld’ Recap, Season 3, Episode 4: Dolores Is The Key To Everything

We Interrupt This Pandemic To Bring You A...