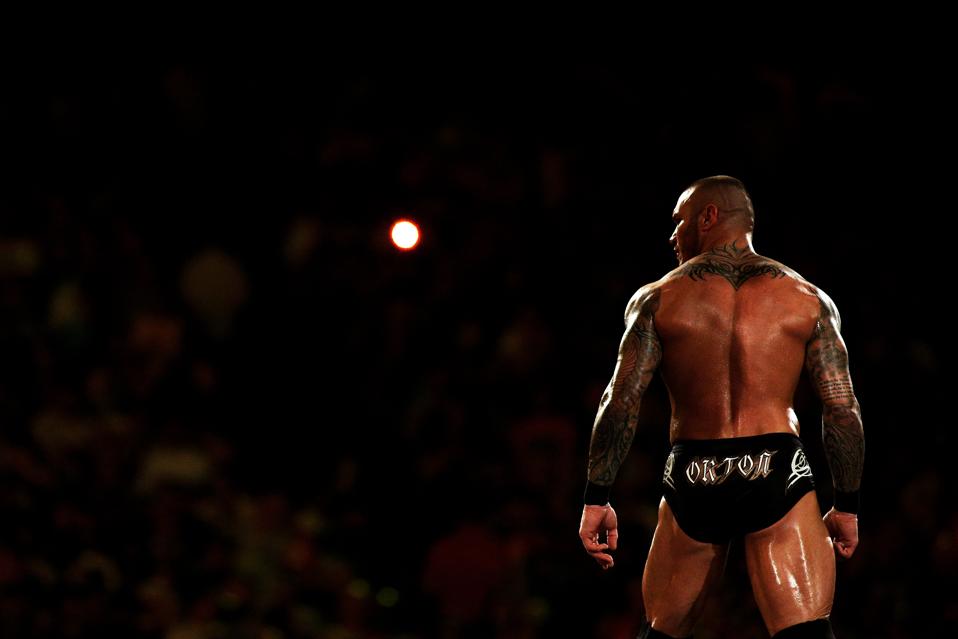 WWE WrestleMania 36 was the strangest pay-per-view in pro wrestling history, but for the most part, both nights of WWE’s flagship show easily exceeded expectations.

The Undertaker’s unforgettable “Boneyard Match” victory over AJ Styles, Drew McIntyre’s big victory over Brock Lesnar and the Firefly Fun House match between John Cena and Bray Wyatt were just a few of the highlights of a very newsworthy show that was much better than it had any right to be. Even though there is still a lot of uncertainty regarding WWE’s immediate future due to questions about its live events and when it will be able to put on shows in stadiums and arenas again, WWE was able to craft some intriguing and exciting finishes on “The Grandest Stage of Them All.”

Of course, that doesn’t mean that both nights of WrestleMania 36 weren’t without their fair share of booking issues. For every smart move, like Kevin Owens’ big win over Seth Rollins, there was another creative misstep.

Here are the five worst booking decisions WWE made at WrestleMania 36.

WWE made the somewhat surprising decision to have Charlotte Flair defeat Rhea Ripley to win the NXT Women’s Championship at WrestleMania 36, a shocking move for a few reasons.

One, Flair is WWE’s highest paid female star (in terms of annual downside guarantee) while NXT is clearly WWE’s No. 3 brand, so sending “The Queen” there seems like a short-term fix. Two, NXT has already failed to keep pace with AEW Dynamite in pro wrestling’s new “Wednesday Night War” even with a consistent presence from Flair. Three, WWE had the perfect opportunity to utilize Flair to help elevate Ripley at WrestleMania 36, but it missed out on that chance by giving Flair yet another world title win, the 11th of her storied career.

Flair has taken a lot of criticism over the years for being booked so strongly, and this was just another example of WWE prioritizing the push of the talented performer over a chance to catapult a rising star in Ripley to new heights.

The Booking Of Randy Orton Vs. Edge

Entering WrestleMania 36, Edge vs. Randy Orton was WWE’s best feud going—by a country mile—but it lasted way too long and was eerily reminiscent of the WrestleMania “classics” we’ve grown accustomed to seeing Triple H have over the years.

Though it was clear that WWE was trying to play up the serious nature and the brutality of this intense feud, the fight between the two legends seemed to last forever but not like one of those matches that would leave fans chanting “Fight forever!” Instead, it felt like WWE was trying to kill time with this bout, which had a great ending when Edge delivered a conchairto to his friend-turned-nemesis but largely fell short of the lofty expectations fans had of it prior to the pay-per-view.

Edge vs. Orton was widely expected to be an instant classic that allowed “The Rated R Superstar” to showcase how good looks after nearly a decade out of the ring. Instead, it was a match that had its moments and told a logical story but was stretched out much longer than it needed to be with what felt like the same spots over and over again.

Putting the Universal title on Braun Strowman wasn’t a bad decision at all because WWE needed SmackDown’s top championship to be on a full-time star. It just came with the caveat of completely ruining Goldberg’s appeal.

WWE has been breaking the bank to pay the WCW icon for limited in-ring appearances, and yet, the way he’s been presented on TV has been, well, strange. The same man who ended “The Fiend” Bray Wyatt’s streak of dominance in a matter of mere minutes at Super ShowDown couldn’t put away Strowman—who wasn’t even originally supposed to be on the card—after several spears and then was easily pinned following multiple rather weak-looking powerslams.

Goldberg was never going to be anything more than a short-term champion, but the way WWE went about beating him at WrestleMania 36 effectively extinguished what was left of his aura. Over the past few years, the man who had never lost a match in clean fashion has since lost to Brock Lesnar, The Undertaker and Strowman, which has essentially destroyed his reputation as an unbeatable attraction.

If WWE doesn’t have any plans to use him again, that’s OK. If it does, that decision was certainly a head-scratcher.

Daniel Bryan Continues To Fall Down The Card

You have to wonder if the uncertainty surrounding Daniel Bryan’s WWE future has played a role in the recent questionable booking of his character.

Bryan has revealed that his contract is expiring soon and that he’s “done” as a full-time wrestler, so it may not be a coincidence that he’s slid down the card to the point where he lost to Sami Zayn—a perennial midcarder—at WrestleMania 36. Especially given reports that Bryan has some creative control over his character, it’s been downright bizarre to see the way he’s gotten lost in the shuffle a year after entering WrestleMania as WWE Champion.

While Bryan still ranks among WWE’s most popular stars, a loss to Zayn isn’t exactly an encouraging sign or a smart way to convince him to re-sign. If you look at all the stars who’ve left WWE recently—like Dean Ambrose, Luke Harper and Matt Hardy—they did so due in large part due to poor booking, and though it remains unlikely that Bryan will leave, he does seem to be the latest major WWE star who’s being plagued by lackluster creative calls.

Going way back to Survivor Series 2019, there have been reports that Vince McMahon has been disappointed with Shayna Baszler, with one report even indicating that he could end her push before it even got started due to the less-than-stellar crowd reaction she was receiving.

Though Paul Heyman is a big supporter of Baszler and was the mastermind behind her dominant booking at Elimination Chamber, the fact that the former UFC star lost to Becky Lynch at WrestleMania 36 isn’t exactly an encouraging sign. On that same token, WrestleMania 36 marked the second straight WrestleMania in which “The Man” got her supposedly big victory over a longtime nemesis in fluke-like fashion with a quick pin. In other words, the outcome of Lynch vs. Baszler at WrestleMania 36 didn’t help anybody.

Lynch didn’t get the decisive victory, and Baszler—who is supposed to be an unstoppable force in the women’s division—lost her first major singles match, which is an even stranger booking move when you consider how badly she was wanted on both Raw and SmackDown at one point.

China Thought It Had Beaten Coronavirus, But New And Asymptomatic Cases Are Cropping Up

How To Measure The Performance Of Your Remote...