WWE WrestleMania 36 Will Be A 2-Night Event, Rob Gronkowski To Host 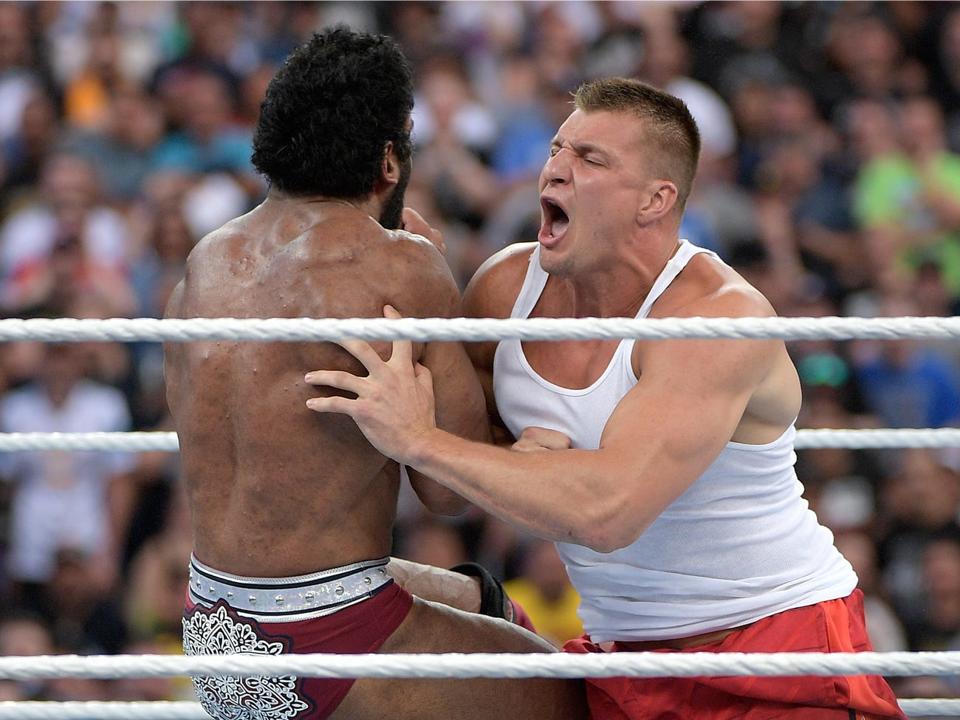 Rob Gronkowski will host WrestleMania 36, which will be a two-night event.

“WrestleMania—too big for just one night!”

This was the headline of a historic press release sent by WWE as WrestleMania 36, which was relocated to the WWE Performance Center in Orlando as an empty-arena event amid the ongoing spread of the novel coronavirus, will be a two-night event.

The compromised show of shows will take place from the WWE PC on Saturday, April 4 and Sunday, April 5 at 7:00 pm EST with retired NFL great and recent WWE signee Rob Gronkowski to host.

Gronkowski will join the likes of The New Day, Alexa Bliss and The Rock as stars who have hosted WrestleMania.

Even before the unprecedented two-night announcement, WrestleMania 36 was already historic for a number of reasons. The threat of COVID-19, as the result of the coronavirus outbreak-turned-pandemic, has forced every live entertainment entity into dormancy. Though WrestleMania 36 was essentially the final major event in April to cancel its stadium show, the event will soldier forward with the smallest crowd in WrestleMania history inside a barren Performance Center.

WWE and AEW are among the final few live event promotions that are still running shows with the entire nation beginning to trend toward a possible lock down amid social distancing recommendations. The major city of San Francisco recently issued an order to shelter, resulting in a lock down that has affected upwards of seven million residents.

WWE has run two empty arena shows (WWE Raw this past Monday and Friday Night SmackDown) to mixed results, with each show of at least two hours featuring long stretches of archival footage. WWE’s airing of the Royal Rumble for almost two hours for Monday’s empty-arena broadcast of Raw began to raise questions of whether the promotion is currently equipped to air a pay-per-view showcase that typically lasts around six to seven hours.

The two-night option is a wise one all things considered, and given the valid complaints of WrestleMania running far too long in recent years, this experiment may very well become the new normal if all goes well.

New Japan Pro Wrestling recently tinkered with the two-night formula for its biggest event during the Wrestle Kingdom 14 inside the Tokyo Dome. With a combined attendance of 70,071 (40,008 for Night 1 and 30,063 for Night 2), the transition was a smooth one as each night offered pay-per-view quality matches and wrestling without feeling watered down.

Of course, WrestleMania 36 will have nothing near those numbers with all major public gatherings on pause as the United States works feverishly to contain the coronavirus pandemic.

Trillions Of Pennies For Your Video

What You Can Learn About Increasing In-Store Impulsivity...

Griezmann In For Frosty Reception During Fiery FC...

How Roxanne Assoulin Is Making The Case For...

Storytelling In The COVID-19 Era: The Power–And Delicate...