Breaking
Do You Know If You’re Prepared For Retirement?
The Amazfit GTS 2 Mini May Be One...
Hotelier/ Billionaire Philanthropist Jonathan Tisch: What A Hospitality...
More Entrepreneurship, Less Recidivism Among The Formerly Incarcerated
Do S&P 500 Investors Really Want To Buy...
Small Business Burnout? Use This Time To Rest,...
7 Native American Inventions That Revolutionized Medicine And...
Cannabis Industry Expects A Green Christmas
How Small Businesses Can Survive The Growing Pandemic
Check These ‘Risky’ iPhone 12 Security Settings Now—Here’s...
Five Key Findings From The Highly-Anticipated ‘Future Of...
How To Pivot A Customer-Facing Hospitality Business Into...
How To Be A Better Leader For 2021
iPhone ‘Weak Security’ Wi-Fi Warning: Here’s What It...
Stock Market: ‘Fundamental-Lite’ Speculation Is Here – It’s...
Green New Deal Goes Global Despite Greta Thunberg’s...
Home Business X Æ A-12: Does Elon Musk’s Baby Name Have A Hidden Meaning?
BusinessSocial Media

X Æ A-12: Does Elon Musk’s Baby Name Have A Hidden Meaning? 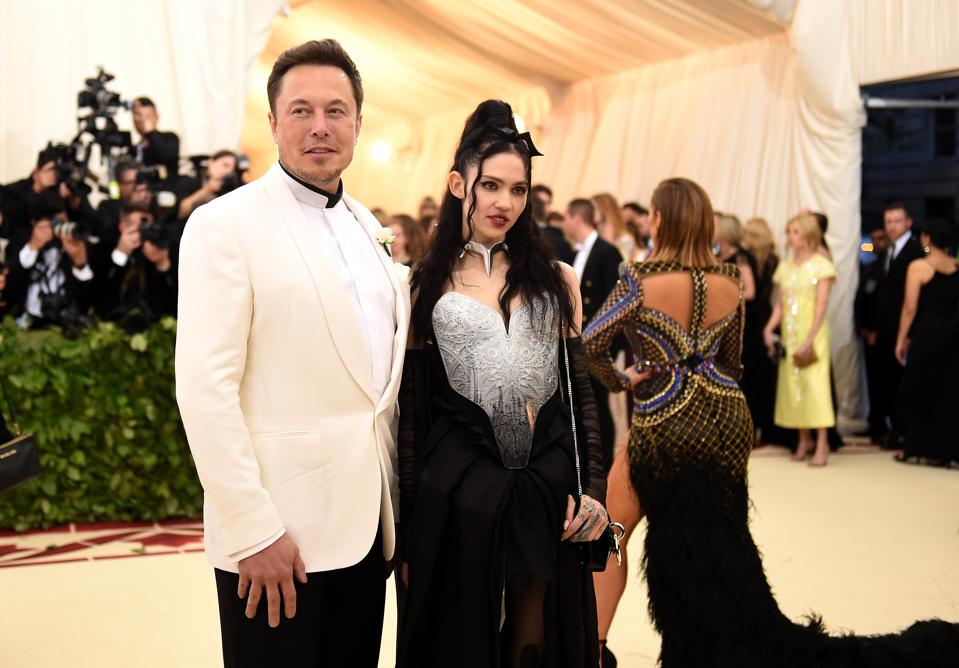 Elon Musk and Grimes have officially introduced the world to their first child together, sharing a photo of their new son on Twitter, Musk confirming both mother and child to be safe and healthy.

Their chosen name for their son, however, has raised eyebrows.

Memes speculating on the weird baby name the unconventional couple would likely choose for their child have been floating around the internet ever since the pregnancy was announced.

And Musk certainly didn’t disappoint, announcing his son’s name on Twitter as “X Æ A-12.”

It’s not entirely clear if Musk was joking; his Twitter page is filled with absurdist, surreal humor, in-between regular Tesla and SpaceX updates.

Musk might be a controversial figure nowadays, but whatever your opinion of the man, it’s clear that he has a gift for marketing, able to attract attention even during the unrelenting weirdness of 2020, and his bizarre baby name has the entire internet speculating on a potential meaning, and cracking jokes.

One resourceful Twitter user reckons the name is a code for “X Ash Archangel,” as “Æ” is pronounced “ash,” and “Archangel” was the internal codename for the CIA’s A-12 aircraft.

Musk even liked the tweet, which is the closest thing we currently have to a confirmation. But the speculation didn’t stop there, as Twitter users combed Grime’s music library for clues, along with Musk’s previously registered domain name, X.com.

So, which is it? Archangel? X? Jão? Neon Genesis Evangelion?

“Ash” appears to be the most likely candidate; after all, Musk has five other sons with his first wife, author Justine Musk: Griffin, Xavier, Damian, Saxon, and Kai. Those names aren’t particularly strange (by celebrity standards, anyway), and Ash seems to fit the bill.

Musk seems to have sneakily given his son a perfectly normal name, while maintaining his reputation as a unpredictable eccentric, keeping his name and “brand” in the headlines for at least another week.

3 Ways We Can Bring Back The Economy Now

How to Get Verified on Social Media

Jeb Bush Among Those Who Offered Congratulations To...

How Startups Can Successfully Target The ‘Hypercultural Latinx’