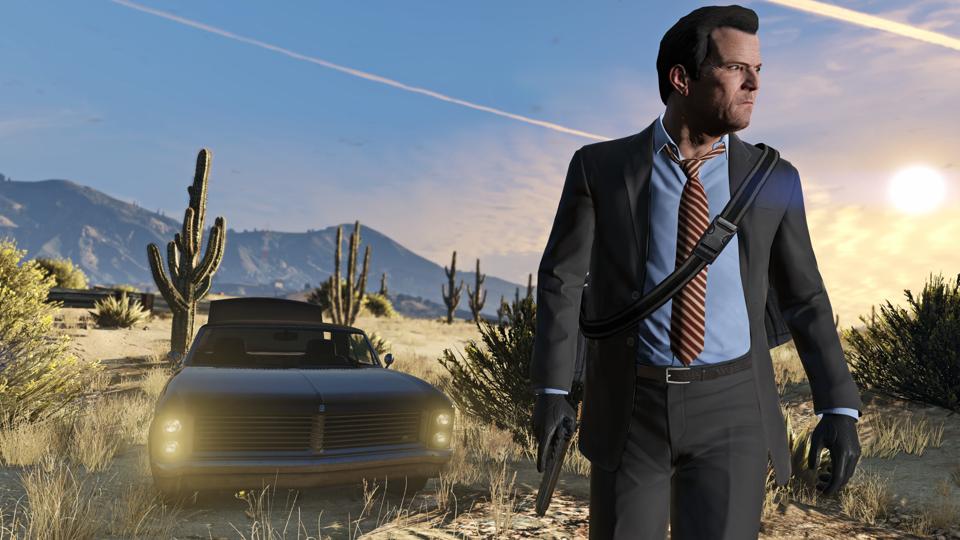 People often ask me what I think the future of gaming is. VR? Someday, perhaps. Game streaming? Once western internet gets better, maybe. But for now, the one thing that’s a relatively new concept that seems to be working great is Xbox Game Pass, a tremendous value and must-own for any Xbox player.

Today, Game Pass gets even more valuable after adding GTA 5 to its free game roster. In a Twitter announcement, Xbox revealed that GTA 5 is live on the service today, and that’s a pretty big deal.

Normally, no, it wouldn’t be that important if a service like this got a game that is now over six years old. And yet GTA 5 is the best-selling AAA game ever made, and still lands on best-selling charts of the year all this time later. It debuted on the last console generation and has remained a top-seller all through this one, which is pretty unprecedented.

One main reason for this is the explosive success of GTA Online, the never-ending online mode for the game which has attracted millions of players and billions in revenue for Rockstar since the release of the game. Rockstar has forgone traditional single player DLC and sunk all their resources into continuing to develop content for GTA Online (much of which can be bought via microtransactions) and it’s been a consistently flourishing world ever since. And it might expand even further now that it’s available for free via Game Pass.

Game Pass is likely going to be a key weapon in Microsoft’s fight for dominance this coming console generation when the Xbox Series X squares off against the PS5 in fall 2020. Sony seems unlikely to commit to what Microsoft is doing with its first party releases, offering them immediately as part of Game Pass on both console and PC. That’s because Sony’s first party exclusives are frankly, much better, usually, and it’s a big revenue source to sell them separately. But Microsoft is investing heavily in first party offerings for the next generation so it’s possible that narrative shifts.

Microsoft can also keep landing deals like this GTA 5 one for third party games that may not be exactly timely, but still offer value added for players that may be behind on old classics. And of course it seems possible, if not likely, that Microsoft will end up combining Game Pass with its xCloud streaming service in some capacity. If so, that could mean all Game Pass titles could be streamed from anywhere with a single combined subscription, and it’s unlikely anything else on the market, from PlayStation to Stadia, could match that.

Anyway, for now, it’s just GTA 5 as the news of the day. If you never picked it up for next-gen, or can’t find your disc for it, give it a shot and see if GTA Online hooks you like it has with so many other players.

Ariana Grande, The Beatles And John Williams: 5 Noteworthy Moves On This Week’s Billboard 200

Will China Unicom Be Able To Shake Off Revenue Headwinds In 2020?