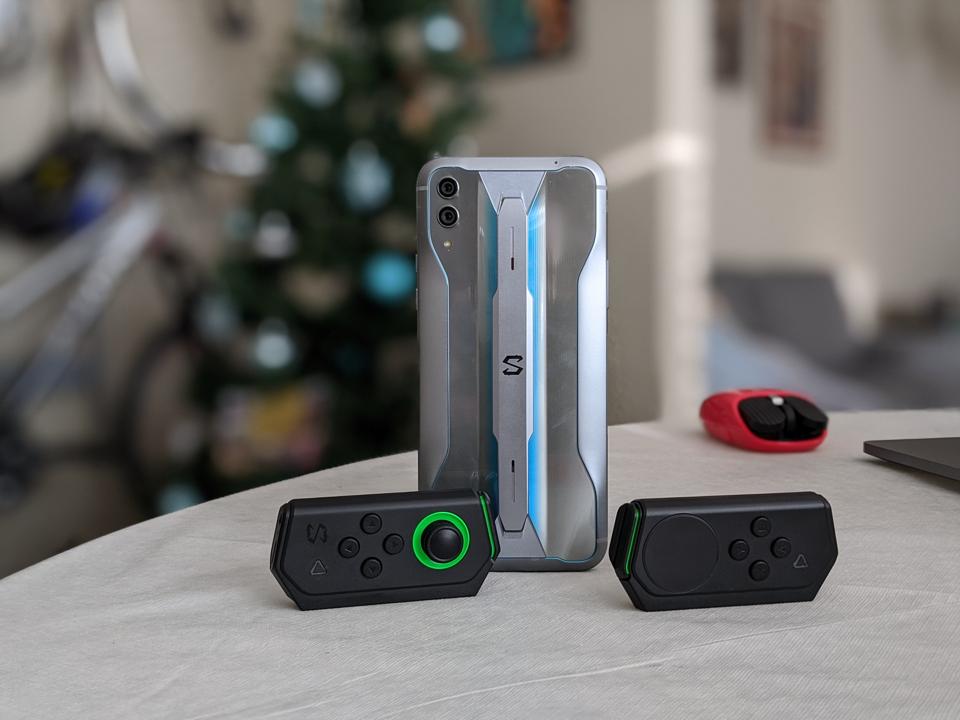 The Xiaomi Blackshark 2 Pro with its two controller accessories.

I’ve been on record saying gaming phones are gimmicks that don’t really have a good reason to exist because even mid-tier $400 “regular” phones are powerful enough to run any game from the Google Play Store these days. But Asus changed my mind with the excellent ROG Phone 2 that had a stunning 120Hz screen and built-in shoulder buttons, both of which actually improve the gameplay experience, unlike all the usual gimmicky “gaming phone” features like a glowing LED light strip or dedicated “game mode” that clears up RAM.

We can add Xiaomi’s Blackshark 2 Pro to the small, small list of gaming phones that can actually justify its existence. And it’s mostly because of the excellent gamepad accessories—there are two—that Xiaomi has built to work with the phone. With the joystick pad and button pad snapped onto the phone, it offers the best mobile gaming performance I can remember, resembling the feeling of gaming on a dedicated portable game machine like the Nintendo Switch or PlayStation Vista. But here’s the caveat: only one of the two gamepad accessories comes free with the packaging. The other will require a separate purchase.

The Blackshark 2 Pro keeps the glass and metallic design from the original: Its backside is crafted out of aluminum with a couple of LED lighting strips that glow during gameplay or charging. Around the front sits a 6.4-inch OLED screen with noticeable bezels on top and below the screen. This is fine, as bezels actually makes it easier to hold a phone in landscape (a.k.a. gaming) orientation. Plus, they house excellent stereo speakers and a solid selfie camera.

The overall footprint of the phone is large, but not unbearably so—it’s mostly the same size as the large iPhones of recent years, just another quarter of an inch taller. 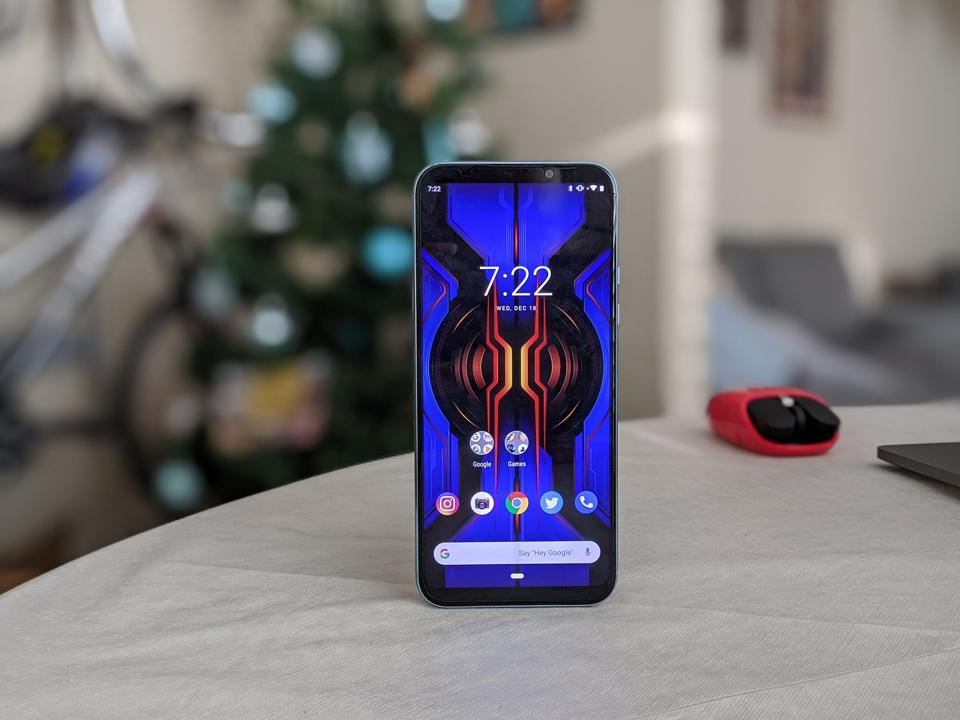 Of course, the new phone got the expected internal spec bump to Snapdragon 855+, but there are a couple of noteworthy hardware improvements over the original. The first: The OLED screen has a touch report rate of 240Hz, which Xiaomi claims gives the industry’s lowest touch latency rate of 34.7ms. To be honest, you’d need to be a really hardcore gamer of first-person shooters or fighting games to notice improvements in gaming, but I do feel the phone being slightly zippier all around when navigating through regular smartphone stuff.

The second improvement is the mediocre main camera of last year’s device has been upgraded to the same Sony 48-megapixel sensor used in a half-dozen other phones this year. It gets the job done and is a big upgrade over the original Blackshark’s mediocre camera. Do note the omission of the very useful wide-angle camera, though.

The main reason, however, anyone should get this phone are still the two snap-on controller accessories. With both (the included joystick gamepad and the button pad that costs extra), the gaming experience on the Blackshark 2 Pro becomes almost identical to gaming on a dedicated portable gaming device. 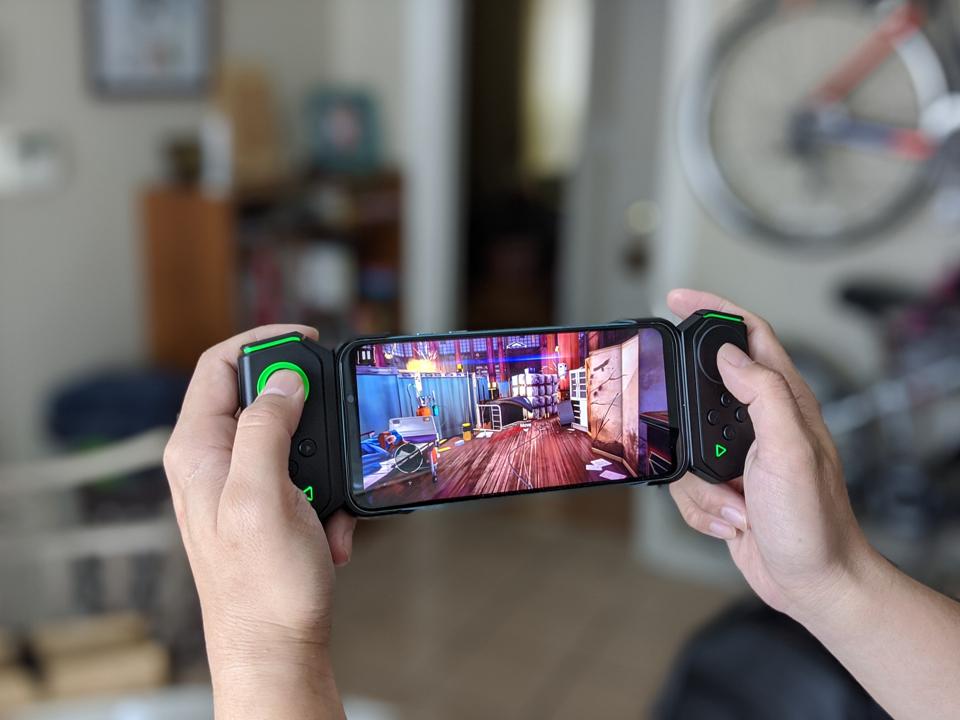 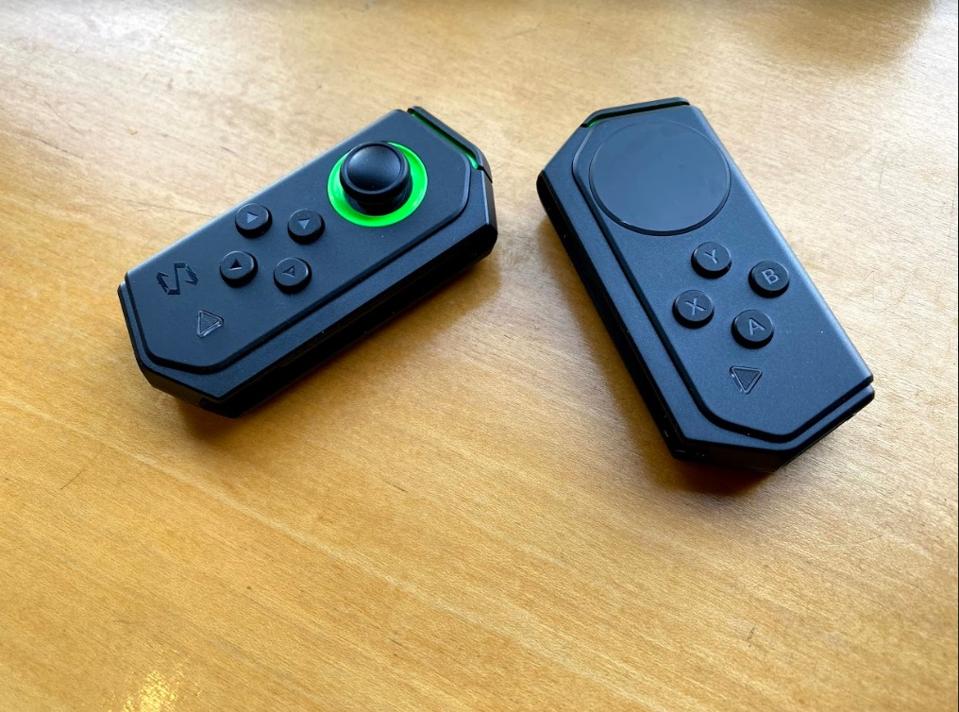 The gamepads are crafted out of plastic so they’re light and easy to carry around, but they have excellent build quality. Buttons are clicky and tactile, and the analog joystick offers very accurate pressure sensitivity. I tested it on an emulation of the classic Nintendo 64 game Mario 64 and was able to move Mario around with the same precision as the original N64 controller.

There are also four shoulder buttons, and though they’re a bit small, they allow me to play first-person shooters much easier, as shooting with an index finger on the trigger is more intuitive than tapping an on-screen button with my thumb.

The controllers each require charging separately, and are paired to the Blackshark 2 Pro via bluetooth. They snap onto the phone using the included plastic bumper case.

The Blackshark 2 Pro runs on a slightly modified version of stock Android 9, with the only addition being a dedicated gaming mode called “Shark Space,” which when triggered shuts down most background operations that typically happen on our handsets (such as Facebook and WeChat constantly checking our locations).

This allows the phone to channel all of its power and memory to run a game at the most optimal performance possible. And considering the Snapdragon 855+ and 12GB of RAM, the ceiling for game performance is high.

Shark Space also has a very intuitive button mapping system that allows users to assign the buttons and touchpad of the add-on controller accessories to on-screen buttons. As a gaming phone, Blackshark 2 Pro hits all the marks.

But unfortunately, stock Android 9 is terrible to use as regular phone, because it uses the dreaded “pill navigation.” This navigation system was widely hated from tech reviewers due to its inconsistent internal logic and neither here nor there stance between a full gesture navigation and traditional software buttons.

So, I don’t think I’m being dramatic when I say that using the pill navigation on the Blackshark 2 Pro has been frustrating. Ironically, Xiaomi’s own software has a far superior navigation system; so this is the rare case in which I wish a Chinese phone had used a Chinese Android skin instead of stock Android.

This pill problem will go away when the Blackshark 2 Pro gets upgraded to Android 10, but who knows when that will happen?

With 12GB of RAM and the best possible Qualcomm mobile processor right now, this phone doesn’t suffer from performance issues at all. Even intensive gaming for hours saw no hiccups. That 4,000 mAh battery, however, is relatively small compared to other gaming phones (the ROG Phone 2, for example, has a 6,000 mAh cell). Still, I can play the graphic intensive Modern Combat 5 for two hours and only see about a 30% battery drop with the volume on high. And these stereo speakers are excellent for gaming.

As for optics, the Blackshark 2 Pro’s 48-megapixel camera is good, about on par with Xiaomi’s early 2019 offerings, capable of capturing sharp images with above-average dynamic range. But obviously, they lag the best phone cameras on the market right now, especially in low-light conditions and video recording. The lack of a wide-angle camera also leaves me wanting, but for a gaming phone, this one can capture some lively stills.

Worth it just for gaming

The Blackshark 2 Pro starts at 2,999 yuan in China and Hong Kong for the base 12GB RAM, 128GB ROM model (another 500 yuan doubles the storage to 256GB). This price includes the joystick gamepad, and the other gamepad, which I recommend, costs another 400 yuan. So let’s consider this phone to be 3,399 or 3,899 depending on storage. 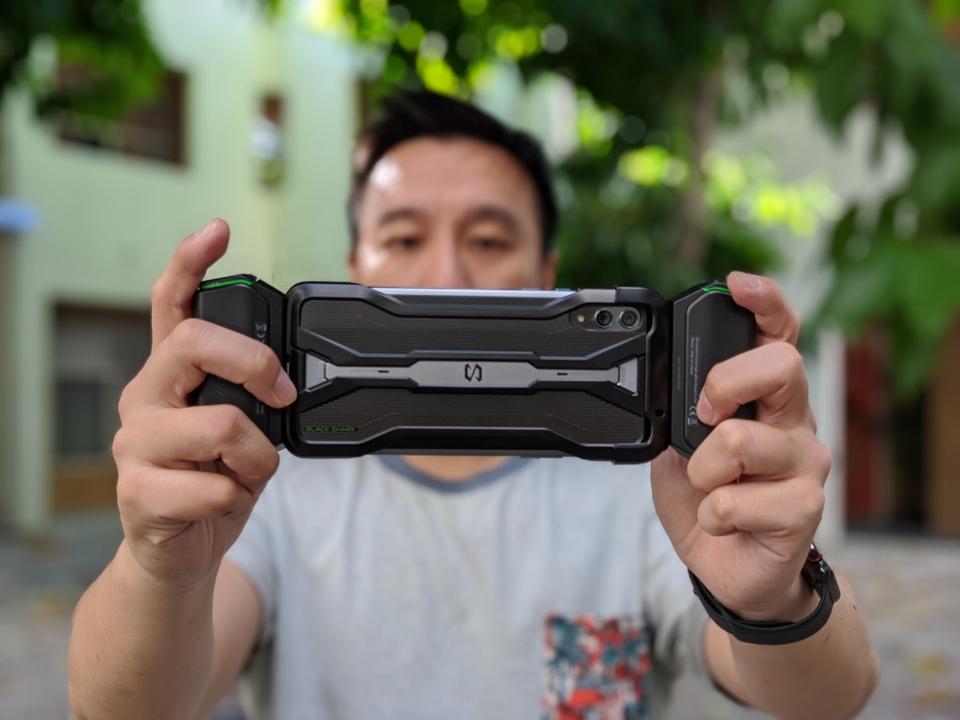 The controller attaches via the plastic case.

This is good value for those really into mobile gaming, especially since the original Blackshark started at 2,699 yuan for just 64GB of memory and 8GB RAM. If we are focusing on just the device with no accessories, Asus’ ROG Phone 2 is still a better standalone gaming machine because its chassis can be used as shoulder buttons. But once you snap on the controller accessories, the Blackshark 2 Pro gives me the most control over a game of any smartphone I’ve used.

The Blackshark 2 Pro will also be released in Europe beginning in January, where prices should be marked up slightly. I’m guessing between 450 to 500 euro.

‘The Waltons’ Debuts on MeTV

Juice WRLD Doubles Up Inside The Top 10...

How to Be Ready for What’s Next

A Positive Coronavirus Update—Life In China Returning To...

Honoring The Military Is Part Of What The...