Breaking
How To Get Your Startup Business Off The...
How To Create A COVID Safe Construction Site
How to Make a Good First Impression at...
Plan To Buy An Electric Car? Is A...
Covid-19 Death Toll In U.S. Passes 200,000
Apple iOS 14 Has 25 Great Secret Features
5 Decisions That Will Increase Your Chances Of...
Coronavirus Is Shaping Up To Be Very Bad...
TikTok: Why Is Everyone In A Tizzy?
Is It Time For A Bank For Women?
As Israel Locks Down, Its Health Tech Sector...
California Increases Homestead Exemption In New Legislation
Buying The Bulge Is Dangerous
5 Strange Things Happening Right Now In The...
The Best Blogging Platforms (In-Depth Review)
How Will The Coronavirus Impact Your Finances?
How Xbox Series X Will Attempt To Avoid...
Virgin Orbit Seeking Over $100 Million As ‘Jaw...
How To Develop The Confidence To Launch A...
Home Business Xiaomi Claimed To Be An ‘Internet Company’—But It’s Making More Gadgets Than Ever
BusinessTechnology 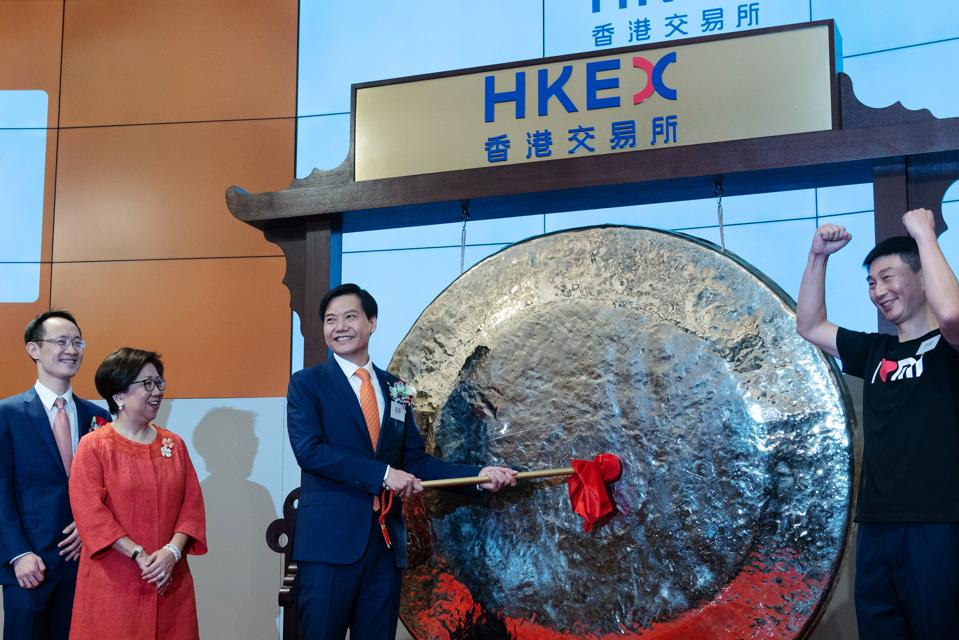 Lei Jun, chairman and chief executive officer of Xiaomi Corp., strikes a gong as Lin Bin, cofounder … [+] and president, left, and Laura Cha, chairwoman of Hong Kong Exchanges and Clearing, second left, look on while a representative of Mi Fan, right, celebrates during the company’s listing ceremony at the Hong Kong Stock Exchange on Monday, July 9, 2018.

Xiaomi was described as “more than a hardware company” by its billionaire cofounder Lei Jun just prior to its initial public offering in Hong Kong. But almost exactly two years after its trading debut, the company is looking distinctively like a hardware company.

The world’s fourth-largest smartphone maker has been focusing more on hardware products, such as air purifiers, hair dryers, vacuum cleaners and a myriad other gadgets. Xiaomi generated $9 billion in sales from IoT and lifestyle products in 2019—a 41.7% jump from the previous year and the largest increase among its business units.

The gross profit margin for its smartphones and other gadgets in 2019 were only 7.2% and 11.2%, respectively. Meanwhile, internet services command a profit margin of 64.7%.

Investors who bought into Xiaomi’s IPO on the belief that it was an internet company in the same mold as Amazon or Tencent and worthy of similar valuation must be feeling buyer’s remorse. Revenue from internet services have been holding steady at less than 10% of its total revenue.

Xiaomi’s shares have dropped 13% since their debut in Hong Kong, while the benchmark Hang Seng Index is down about 8% in the same period.

Xiaomi’s $4.7 billion listing was the biggest tech IPO since Facebook’s in 2012. It turned three more of its executives into billionaires, bringing the total number to five. Lei, who had previously compared himself to Steve Jobs, led the group with fortune estimated at $15.6 billion. That has since slid down to its current level of $12.5 billion. His four colleagues experienced similar declines in their net worths.

Internet services contributed 9.6% of its total revenue in 2019. IoT and lifestyle products business, which includes smart home devices and wearables, made up 30.2%, while its core smartphone business was credited with 59.3%. 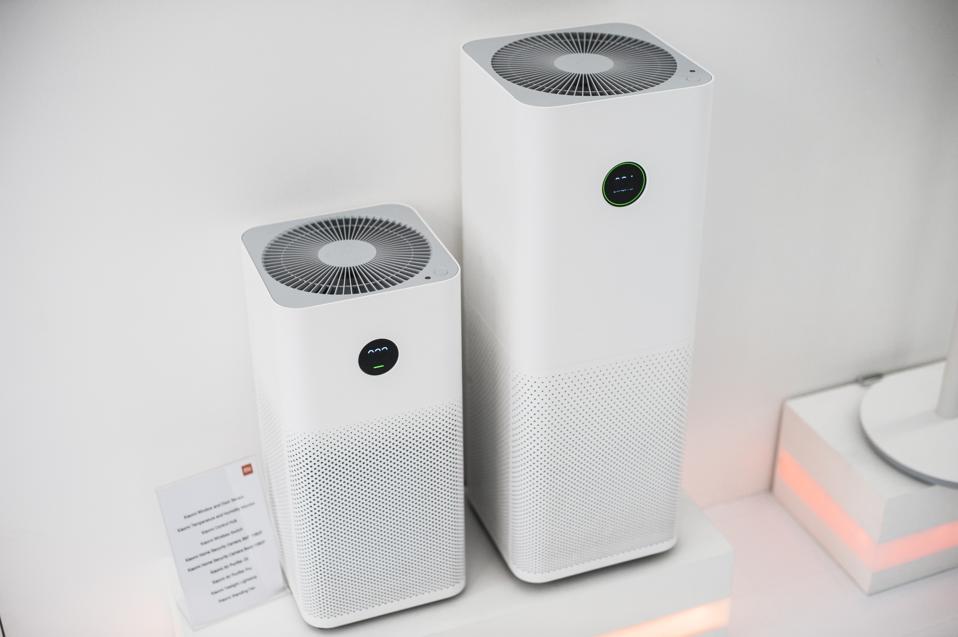 “If the internet business of Xiaomi cannot reach a major position in revenue, it is difficult to identify Xiaomi as an internet company,” says Hao Hong, the Hong Kong-based managing director and head of research of BOCOM International, the overseas advisory arm of China’s Bank of Communications.

As the demand for smartphones wanes, Xiaomi has been seeking to develop a new growth engine to compensate for the shrinking market. Global smartphone sales are expected to fall 2.3% in 2020, according to market research firm IDC, dragged down by the coronavirus pandemic.

“A decline in smartphone shipping volumes will hurt its profitability significantly,” says Hong. “So, it has to expand its business to seek new growth opportunities.” 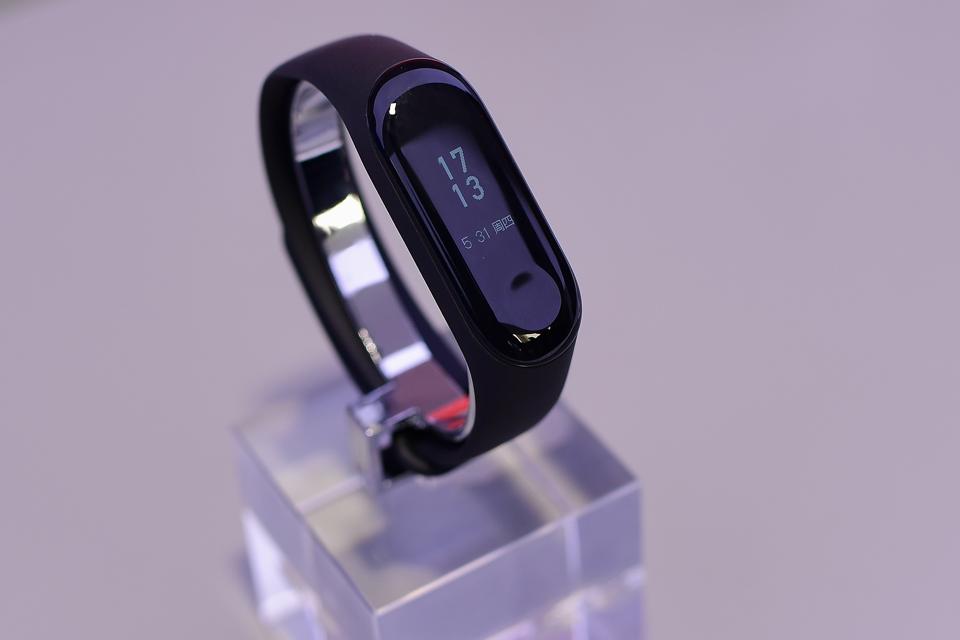 Xiaomi hopes to replicate its smartphone success in the growing smart home and wearables space. According to IDC, the market for smart home devices and wearables globally was $279 billion in 2019 and is forecast to grow to $459 billion by 2024.

The Beijing-based smartphone maker has also been investing in hundreds of companies that design and manufacture products beyond the three categories, says a spokesperson for Xiaomi. For example, the company invested in Beijing Roborock Technology in 2014, a few months after its establishment, which makes automatic vacuum cleaners for Xiaomi.

More on Forbes: Xiaomi Searches For New Growth Point With Its $460 4K Drone

Among the myriad of devices, in Xiaomi’s lineup, TVs are one of its best-selling products. In 2019, the company shipped 12.8 million TVs globally, an increase of 51.9%. Its smart TVs are especially popular in India, where it’s the top maker of the devices, according to IDC. 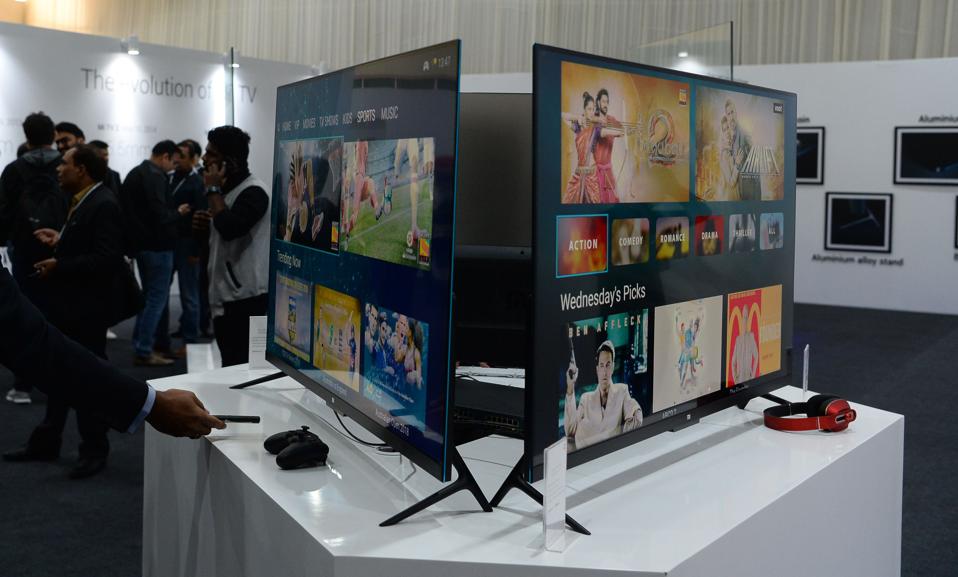 Xiaomi’s success in the price-sensitive Indian market stems from its ability to keep costs low and price its products competitively. The Chinese company rarely advertises and focuses on sales through its website, thereby cutting out the middlemen and distributors.

It also helped that Indian consumers were already familiar with the Xiaomi brand. The Chinese company is the top smartphone maker in the country, according to IDC, beating out the likes of Samsung, Vivo and Oppo. Xiaomi is betting it can replicate its India success in other price-sensitive markets like Southeast Asia and Latin America, and leverage its popular brand—built on the back of its smartphones—to sell other gadgets.

“With its successful branding of smartphones across many countries, these wearables and smart home devices are able to latch on to the brand for new customers to try out the products during its initial stage,” says Kenneth Liew, a Singapore-based associate research director at IDC. “Not only did it gain traction in the market through the branding, it has built on the same foundation of providing affordable yet good products.”

Users of Xiaomi’s smartphones are a big potential customer base for its other gadgets. In 2019 alone, Xiaomi shipped 124.6 million units of its smartphones. “Smartphones are at the center of everything we do, which has attracted a large group of users who are young and internet-savvy,” says the Xiaomi spokesperson.

To be sure, Xiaomi still has plans for building out its internet business. 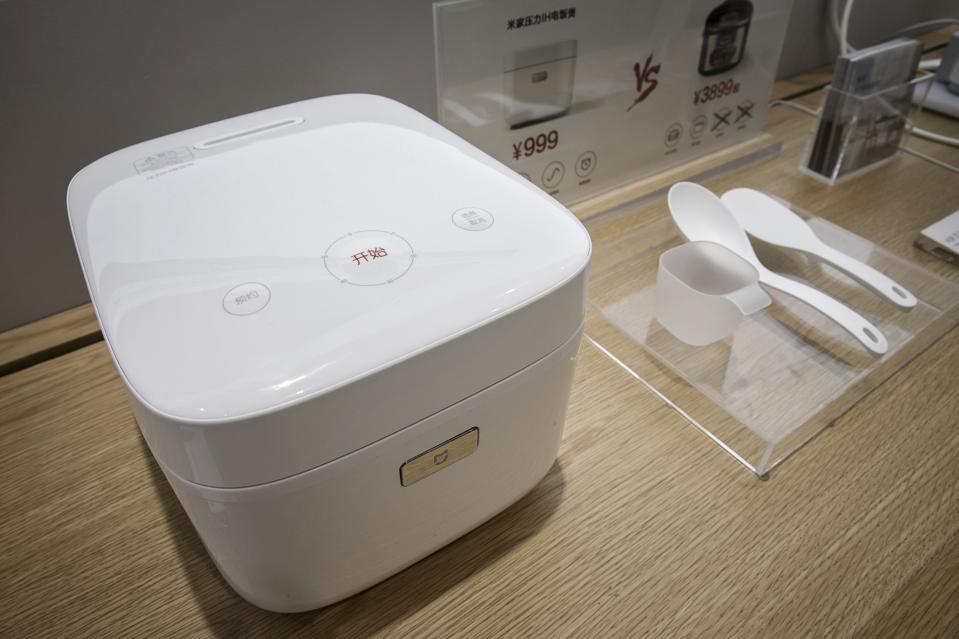 “Internet services [is] still a sector that we focus on,” says the Xiaomi spokesperson, explaining that Xiaomi is an internet company with smartphone and smart hardware connected by an IoT platform at its core.

In addition to directly fueling Xiaomi’s growth, the company hopes some of its gadgets, like smart home devices, can also bring in users for its internet services.

“Non-smartphone gadgets are part of building Xiaomi into an internet company,” says CK Lu, a Taipei-based senior director analyst at Gartner. “Smartphones and gadgets are portals that allow Xiaomi to understand their users—even at home—and provide services.”

While Xiaomi may be able to hook users into its internet services through its devices, it’ll likely be a fraction of the number of gadgets it sells. “The use of smart homes is very fragmented,” notes BOCOM International’s Hong. “Customers tend to buy more smart products in their homes, and there is little injection of new users.”

Hong points out that Xiaomi’s internet business is almost entirely based on its control of screens and devices. Advertising, which appears on its gadgets, is Xiaomi’s main internet services revenue. So one way Xiaomi can become a real internet company is to have internet applications and services beyond its own hardware, he says, adding that it has failed to do that so far.

What’s Next For West Pharmaceutical Services After An 80% Rally?