Breaking
Growing Your Retirement Money Using 401(k) Dollar-Cost Averaging
Wellness Exec Abby Miller Levy Partners With Venture...
Microsoft Teams Issues Strike To Zoom With Tidal...
What’s Coming For The S&P 500 In October
4 Ways You Can Showcase Empathy With Your...
A $22,000 Microsoft Surface Will Soon Be For...
Zooming In – Should SMEs Invest In The...
iOS 14: The Surprising Security Risk Of Sharing...
How A Break From Lord Sugar Changed The...
Sunday’s Google Doodle Is Actually About Google
Office Of The Comptroller Of The Currency Chief...
Source Code For Multiple Windows Operating Systems Publicly...
Why Forgettable Pfizer Really Is A Great Value...
Hot For The Holidays? Amazon Home Drone, Kid...
Best Small Business Loans
The FAAMG Stocks Drive The Markets
Home General Xilinx Boosts 5G With New T1 Platform
General 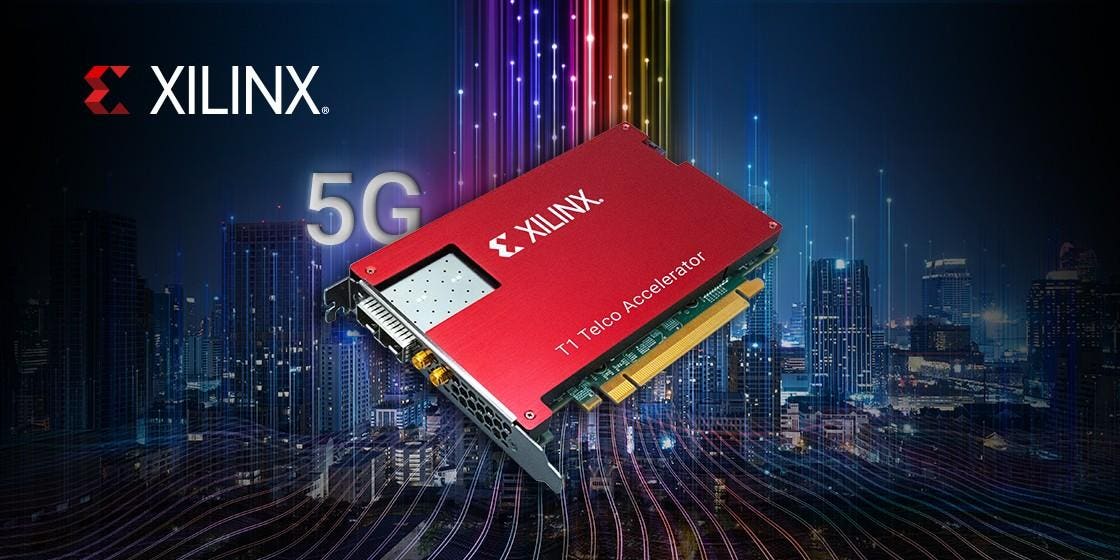 The transition to 5G has presented operators/carriers with the opportunity to modernize their networks. One of the important developments has been Open Radio Access Networks (OpenRAN or O-RAN) with is a vendor-neutral disaggregation of the traditional RANs which used proprietary equipment. The OpenRAN approach uses more general-purpose processors but often with accelerators to offload specific functions. The interfaces between the various subsystem components have been defined using hardware- and software-defined functions (e.g., BBU/RU/CU/DU) to allow plug and play use of multiple vendors.

The flexibility of multivendor OpenRAN solutions enables a diverse ecosystem for operators to choose best-of-breed options for their 5G deployments. Various solutions can be implemented using “bare metal” hardware as well as on virtualized or containerized platforms. The first generation of 5G deployments used the more traditional networking model, but many are now evaluating and starting to adopt the OpenRAN model.

Xilinx, Inc. ($XLNX) has been a supplier in 5G solutions and announced a new card-level product called the T1 Telco Accelerator Card. The T1 card is designed for 5G OpenRAN distributed units (O-DUs) and virtual baseband units (vBBUs). VirtualBBUs are often implemented in a standard server form factor But the use of a programmable chip in the T1 further allows the network to evolve along with the 3GPP standards releases – an especially relevant capability given that the 5G standard is still early in its evolution with one release commercialized and the second phase just recently released.

MORE FROM FORBES5G Part Deux: Release 16 And What It Means For YouBy Francis Sideco

Xilinx already has had its silicon and IP deployed in traditional 5G networks. The new T1 PCIe form factor card is a multi-function solution that can be used for both OpenRAN fronthaul protocols and layer 1 offload. With its advanced offload capabilities, the T1 card provides a dramatic reduction in the number of CPU cores required in a system to meet target requirements. The Xilinx T1 PCIe card is a small form factor, single-slot card that can be plugged into standard x86 or non-x86 servers.

The T1 card also enables the O-DU to deliver 5G performance and services while reducing overall system power consumption and cost compared to competitive offerings because it can achieve real-time protocol processing. This performance is particularly important for 5G virtualized O-DU platforms.

Compared with a CPU server, Xilinx claims the T1 can offload critical channel coding functions and deliver up to 45x encoding and 23x decoding throughput improvements. Using the T1, the server can reduce the number of CPU cores for a given performance threshold and therefore reduce costs and power.

The FPGA in the T1 card is very flexible and can handle compute-intensive functions such as channel encoding/decoding (hardened LDPC and Turbo codecs), rate matching/de-matching, and HARQ buffer management. Xilinx offers turnkey solutions through its ecosystem partners that includes both OpenRAN fronthaul and 5G NR layer 1 reference designs. The pre-validated software and hardware allow operators, system integrators, and OEMs to get to market quickly.

The Xilinx T1 card is now sampling to customers worldwide with volume production expected by the beginning of 2021. Despite the pandemic, the roll out of 5G equipment has continued throughout 2020 and new specification releases mean the standard will continue to evolve. Xilinx is well positioned with the T1 to ride this wave of 5G deployments.