Breaking
Netflix And Roku Stock: The Crucial Difference
The Risk Of Treating Bitcoin As A Safe...
U.S. Methamphetamine Overdose Deaths Surged Over The Past...
A Scalable System To Lower Unemployment
How Are Bitcoin, Tethers And Dollars Connected? An...
‘Fortnite’ Sunflower Farm Location: Where To Find A...
The “Lies” We Tell Job Applicants
Money Flows To Govtech – Has A Cinderella...
Ask Larry: Can I File And Suspend My...
For Insight On New Covid-19 Variants, Look To...
Mindfulness Makeover: How To ‘Just Be’ No Matter...
Four Simple Steps To Creating High-Value Offers That...
How CPRA Is Forcing Privacy To Become A...
Nine Common Mistakes People Make When Building Their...
The Best Tax-Free Municipal Bonds For 2021
Our Feelings Aren’t A Distraction In Business, They’re...
Home Business You Aren’t An Imposter, No Matter What Your Inner Monologue Says
BusinessEntrepreneurshipStart Ups

You Aren’t An Imposter, No Matter What Your Inner Monologue Says 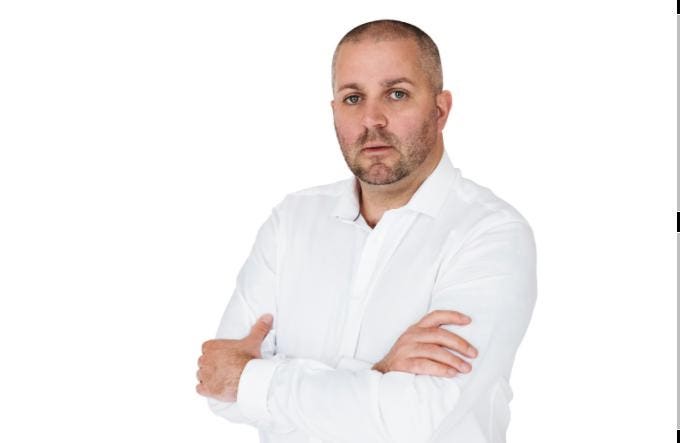 There are few experiences that require greater vulnerability than being an entrepreneur. You’re putting yourself and your idea out there for the world to see. You’re asking for their money in exchange for what you’re offering, it’s true, but what you’re really asking for is their trust.

Aside from the thoughts that go into planning and executing the experience you’ve promised, there might just be another, more sinister soundtrack that’s playing in your head:

“You’re not good enough. Sooner or later, everyone is going to realize you’re a fraud.”

Has your inner monologue ever whispered this to you? I know mine has. This occurrence is so common among people in every line of work and walk of life that it has a name:

Imposter syndrome. If you suffer from imposter syndrome, you live on edge with the fear you’ll suddenly be humiliated. Before you know it, imposter syndrome gets the better of you. It strips you of your confidence and riddles you with fear and doubt over every decision.

As Udemy’s top-ranked psychology and personal growth instructor and author of the new book Responsibility Rebellion, Kain Ramsay knows all about imposter syndrome. He’s confident you’re not an imposter, even though he’s never met you. What makes him say that?

Because imposter syndrome is the true imposter, and everyone has the power to unmask it for the fraud it is. When I caught up with Ramsay recently, he explained exactly how to do that.

Thoughts Are the Mother of Insecurities

As Ramsay explains, imposter syndrome is nothing more than an ugly, acute form of insecurity, and what people fail to understand is that insecurities don’t exist in the physical world.

You can be insecure about physical and real-world things such as your income, weight, nose, arms, legs, career, voice, home or opinions, but none of these things are the source of your insecurity. They’re merely things your insecurity is projected onto.

Thoughts are the mother of insecurities. When you think, “I’m not good enough” or “I’ll never be as good as she is,” those aren’t realities. They’re thoughts. While people may say or do things which hurt you and feed into your negative beliefs, no one can make you think in a particular way about yourself. How you respond mentally and emotionally is up to you.

Ramsay says your response to imposter syndrome helps perpetuate it. The worse you think about yourself, the worse you’re going to feel. You won’t speak up in meetings; you won’t have confidence in your work; you won’t pour yourself into the relationships you care about.

Instead, you’ll tiptoe around, trying not to be noticed. Before you know it, you find yourself in a permanent cycle of self-flagellation. You hate yourself for continuing to do what you do and beat yourself up over it, but no amount of self-chastisement is enough to put an end to it.

Your greatest problems in life aren’t the actions you take, the emotions you have, or the things that happen to you—they’re the thoughts you fail to manage.

Every time you think, “I’m not worthy,” remind yourself, “That’s just a thought. It’s not true.” It might take time for you to really believe it, but with practice, you’ll soon realize that your emotions are entirely under your influence due to the thoughts you do and do not validate.

The Power of Responding, Not Reacting

Ramsay wants to be clear on this point: he’s not suggesting that your feelings aren’t real. If your inner monologue is chanting, “Imposter, fraud, fake,” you can’t and shouldn’t suppress that emotion, no matter how capable you are of monitoring your thoughts.

Stopping your emotions isn’t the key to emotional management. Instead, it’s about learning the difference between reacting to your emotions and responding to them.

Reactions are instantaneous, driven by unconsciousness and everything that comes with it: beliefs, biases and prejudices. Reactions serve as a defense mechanism: we scream when we’re scared, pull our hand away when we touch something hot, or tense when something is coming towards us too quickly. Reactions are usually an all-or-nothing experience.

Responses, however, are slow because they rely on both your unconscious and conscious mind. A response evolves out of a person’s consideration for their feelings, the logic of the circumstances, the limitations of their perception of reality and their core values. Responses consider long-term effects, whereas reactions don’t take the future into consideration at all.

Emotions are a GPS, not an instruction manual. Just because you feel like an imposter, it doesn’t mean you have to react like one. Instead, use your emotions to understand yourself and your emotional drives a little better. Ask yourself why you’re feeling that way and where those emotions are coming from. Instead of feeling horrible about yourself, you might learn that you want more training in a particular skill or that you have a tendency to compare yourself to others. You might find a solution and point yourself toward growth.

You Are Good Enough

Countless people—including too many of those brave souls we call entrepreneurs—waste their lives repeating the same few mantras to themselves over and over as they grow: I’m not good enough, I’m not smart enough, I’m not articulate enough, I’m not attractive enough, I am not, and never will be, enough. Thoughts of being worthless and unimportant develop so insidiously over our lifetime that those of us who develop these mindsets never question them. We believe our worthlessness is a universal truth rather than a subjective opinion.

However, as Ramsay makes clear, the majority of your beliefs are not only incorrect but unhelpful, and you’re not doing yourself any favors by listening to your negative emotions. No matter what your inner monologue might be telling you, you’re not an imposter. It’s time to call out the real imposter: the beliefs you have about yourself that are holding you back.