Breaking
Zooming In – Should SMEs Invest In The...
iOS 14: The Surprising Security Risk Of Sharing...
How A Break From Lord Sugar Changed The...
Sunday’s Google Doodle Is Actually About Google
Office Of The Comptroller Of The Currency Chief...
Source Code For Multiple Windows Operating Systems Publicly...
Why Forgettable Pfizer Really Is A Great Value...
Hot For The Holidays? Amazon Home Drone, Kid...
Best Small Business Loans
The FAAMG Stocks Drive The Markets
Channel Arbitrage And Other Ways Fintech Is Disrupting...
Mall Of America Extends A Hand Of Unity...
Surprise Samsung Galaxy S20 FE Beats Google Pixel...
After Apple And Tesla, Berkshire And Amazon Should...
Is It Wrong To Be Rich In Poor...
‘C&C’ Is 25: How ‘Command & Conquer’ Revolutionized...
Home Business ‘You Don’t Nomi’ Explores ‘Showgirls,’ The Cult Classic Box Office Bomb
Business 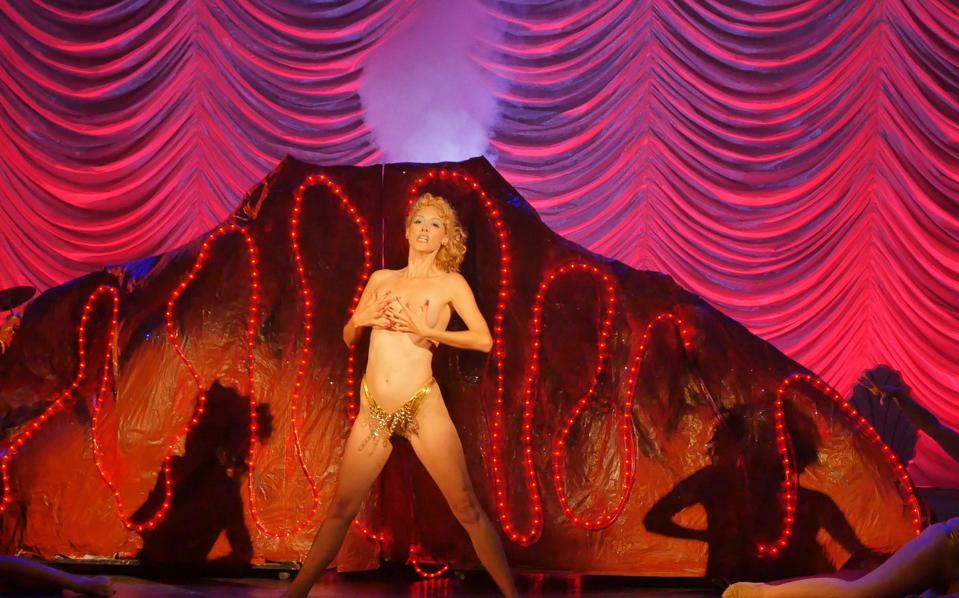 A scene from the documentary, ‘You Dont Nomi.’

Made for $45 million and grossing just $37.8 million in theaters, Showgirls is a poster boy for the box office bomb.

However, 25 years later, that critical and commercial disaster continues to be celebrated and perhaps more than ever. The new documentary, You Don’t Nomi, is one such hurrah.

“There are lots of terrible movies that come out almost every week, and they’re forgettable. Showgirls succeeds because of the unique nature of its failures, that’s what makes it so special,” explained the doc’s director, Jeffrey McHale. “Showgirls is a complicated film too. It’s not just hilarious, it’s confusing, it’s thought-provoking, and we’re still not done with it. We’re still talking about it to this day. You see great movies all the time, but many rarely feel the urge to revisit them, but something like this is just so special. It’s not something that you can create on purpose.”

Although its box office was less than fabulous, it grossed more than $100 million from video rentals when it hit home entertainment making Showgirls profitable.

Balancing the books and baring its cult status and newfound appreciation in mind, was Showgirls ahead of its time?

“That’s a hard question,” mused McHale. “I don’t know if I would say it was ahead of its time, I don’t know if American audiences were ready for something like Showgirls. To be honest, I don’t know if we’re ready for something like that now. If it came out today, I think it’s hard to imagine if there would be a difference in the reaction and how different that would be. Having had the years of cult and queer audiences, it’s more about finding the truth within its journey. Having 25 years of people exploring it in their own ways allows a reevaluation of it.”

“I was way too young to see it in theaters when it first came out. It took me about ten years to finally come around to it. I was sitting with a friend one night in his Chicago apartment when he found out that I hadn’t seen Showgirls. At that point, it had already become a queer cult classic. He popped the DVD in, and my mind was blown. I was amazed that it took me that long to see it, but within the first five minutes, I didn’t want it to end. It was an insane ride.”

He added, “There’s the glitz, the glamor, and the decadence and extravagance of Showgirls that is hard not to be drawn to, whoever you are. What I found that was interesting to me was the deeper conversations about what we all connect to. Queer audiences can certainly identify with Nomi’s journey and her struggles. A lot of us see parts of ourselves in her; there is something uniquely queer about that. That was one of the more surprising aspects, especially when I initially set out to better understand my attraction to it.”

Actors Kyle MacLachlan and Elizabeth Berkley on the set of ‘Showgirls.’

McHale couldn’t complete the journey of discovery alone, even though he had to start it that way.

“I didn’t set out to make a traditional behind the scenes’ making of’ documentary. I wanted to specifically focus on the afterlife of Showgirls and the relationship that we have with the movie,” he explained. “I was consuming everything that had been written about the movie and the analysis of it. It was then that I found this thought-provoking commentary. I also didn’t shoot a frame of video; it was all audio interviews. I shipped an audio kit to each of my contributors, and we conducted our interview on Skype very similarly to the way we’re talking now. Once the interview was complete, they shipped the kit back to me. I did that for nine months in my own free time and then began the editing.”

“I would carve out time on evenings and weekends to try to wrap my head around it and figure out what exactly I had here. It wasn’t until I had a solid rough cut that I started submitting festivals. After I got into Tribeca, it was then that I was able to raise the money I needed to finish it.”

The Tribeca Film Festival is just one of the prestigious events where You Don’t Nomi has screened. It has also played at Sitges, OutFest Los Angeles, Fantastic Fest, and Inside Out, to name just a few.

McHale recalled, “You can do a lot without actually having to raise money if there’s a subject that you’re passionate about, and there’s an interesting story that you can tell. Where I ran into some issues was where I wanted to find a wide range of critical voices. I wanted to speak to critics who enjoyed it at the time as much as those who hated it. That was one of the harder parts, but luckily, I was able to find a wide range of voices to speak on those points.”

Both solidly entertaining in any format, fan-packed theaters are where Showgirls and You Don’t Nomi really come alive in a unique way. It lands on VOD while audiences aren’t able to share that environment, but there are ways around that which excite McHale.

“Camp and cult films are definitely communal experiences, and I do think that the way that a lot of people see Showgirls for the first time is with their friends at their homes, late-night and maybe, with the current situation, you know, group Zoom calls,” the filmmaker enthused. “You Don’t Nomi arranging an online viewing party and double-billing it with Showgirls is a perfect way to celebrate both the film and the documentary. I’m just really excited for audiences to get to see it finally.”

McHale concluded, “It’s always interesting to hear about a lot of people revisiting Showgirls. Many dismissed it when it first came out or saw it once and thought it was trash, but now they are older, they are at a different place in their lives, they look at it in a new context and appreciate it and even understand the allure around it.”