You Should Probably Be Watching ‘DC’s Legends Of Tomorrow’ 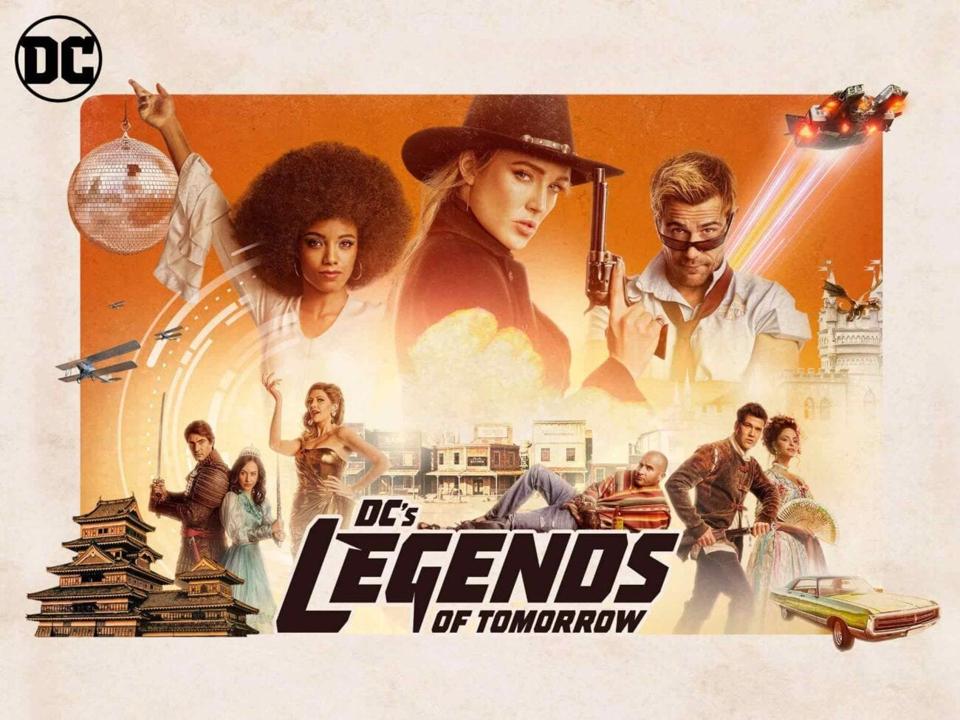 There are some shows that fly beneath the radar, but those who watch them know that they’re hidden gems. The CW’s DC’s Legends of Tomorrow is one of them. Few series have made as big of a comeback from a dismal first season as Legends has. After Arrow, The Flash, and Supergirl had already made big splashes with viewers, Legends became the series that was kind of like the younger red-headed step-sibling of the Arrow-verse. Rather than be centered around a singular marketable superhero, it had an ensemble cast mostly comprised of characters already cast-off by the CW superhero shows. It might have been able to overcome that had the first season not been so underwhelming. I regularly suggest that people watch the wonderfully weird series, but with the caveat that they should skip the first season. The result, though, of being dismissed as part of the b-team, is that it’s given the show license to be as weird and over the top as they want. As season 2 skillfully discarded the parts of the series that weren’t working, it also started to take all the risks, becoming many peoples’ favorite Arrow-verse show.

The series follows a group of eclectic characters who travel throughout space and time, protecting history, taking down those who would do it and humanity harm, and regularly save the world. Over the past four seasons – season 5 wrapped up on June 2 – the series has become something of a critical darling for the way it blends genres (Jane Austen with Bollywood is a particularly memorable combination) and comes up with wacky adventures that shouldn’t work, and yet they do (in the season 3 finale, the group used a giant, blue, fluffy stuffed animal named Beebo to defeat the big bad).

One aspect of the show that is particularly impressive is the way its able to handle a large ever-evolving cast. The series constantly has various actors and characters coming and going. Every time you think that the series has achieved perfection with its combination of characters, a couple of them leave, new ones are added, and somehow it all seems to work. The writers have a way of making interesting new characters blend with the rest of the already established group. Some actors even wind up playing different characters after certain storylines have run their course. Maisie Richardson-Sellers played the fan-favorite Amaya A.K.A. “Vixen,” but when it came time for Amaya to go back to her village and lead them as she always knew she would have to, Richardson-Sellers came back as new shape-shifter character Charlie for another two seasons (although it seems that character is also leaving the show now). Meanwhile Tala Ashe joined the cast as grunge-chic hacker Zari, but after a change in the timeline became social media star Zari. What’s amazing is that both versions of the character work. The writers truly know how to take what’s special about a character and make it shine (I still think that Keiynan Lonsdale’s Wally West worked better on Legends than he ever did on The Flash).

One of the biggest changes to the show came when the series dropped the formula it had set up in season 1, and made Sara Lance (Caity Lotz) captain of the Legends instead of Rip Hunter (Arthur Darvill), who had brought the team together. Sara was one of the strongest aspects of the hot mess that was season 1. By pushing her character to the foreground, and getting rid of certain characters who weren’t working – the Hawks (Ciara Renee and Falk Hentschel), Rip (gradually) – they put the series in a position to succeed. Additionally, a series that started out only somewhat diverse, has become an extremely diverse and representative cast. Between LGBTQ representation (I will forever ship Sara and Ava), bringing on strong women of color (Olivia Swann was a welcome addition this past season as Astra Logue), and being respectful of different faiths (Zari and Behrad are practicing Muslims), the series has proven that diversity isn’t a hinderance, but a strength. The show is as successful as it is because of all of the different aspects that these unique characters bring to it.

One would think that a series that has so much to accomplish in each episode – a time travel adventure to save the world – that it wouldn’t have much time to really devote to character development, especially with such a large cast, but those people would be wrong. In fact the series is driven by the emotional states of these characters. One of my favorite episodes, season 4: episode 12: “The Eggplant, the Witch & the Wardrobe,” had Sara and Ava (Jes Macallan) work through all of their relationship problems through a set of of shopping for home-goods tasks in order to escape purgatory. Most of the episodes are like this, with the emotional goals driving the plot rather than the other way around, and it works. It’s also nice that so many of its characters are so in touch with their feelings. Ray (Brandon Routh) and Nate (Nick Zano) have one of the best bro-mances on TV, and they never worry about showing how much they love each other, and sharing their emotional struggles with each other. It’s such a win against toxic masculinity.

Fans have learned that they can count on Legends to always have fresh storylines that have absolutely never been done before on television, and to do them in the most creatively weird, totally absurd, inimitable Legends way. Legends is never been-there-done-that, and it’s why it has built up such a cult following. But since most of you probably aren’t watching this unbelievably fantastic show, I’ll just say that you should probably be watching DC’s Legends of Tomorrow, and if you’re not, what are you waiting for?

All episodes of DC’s Legends of Tomorrow are streaming on Netflix.

4 Ways To Beat The Summer Work From Home Slump