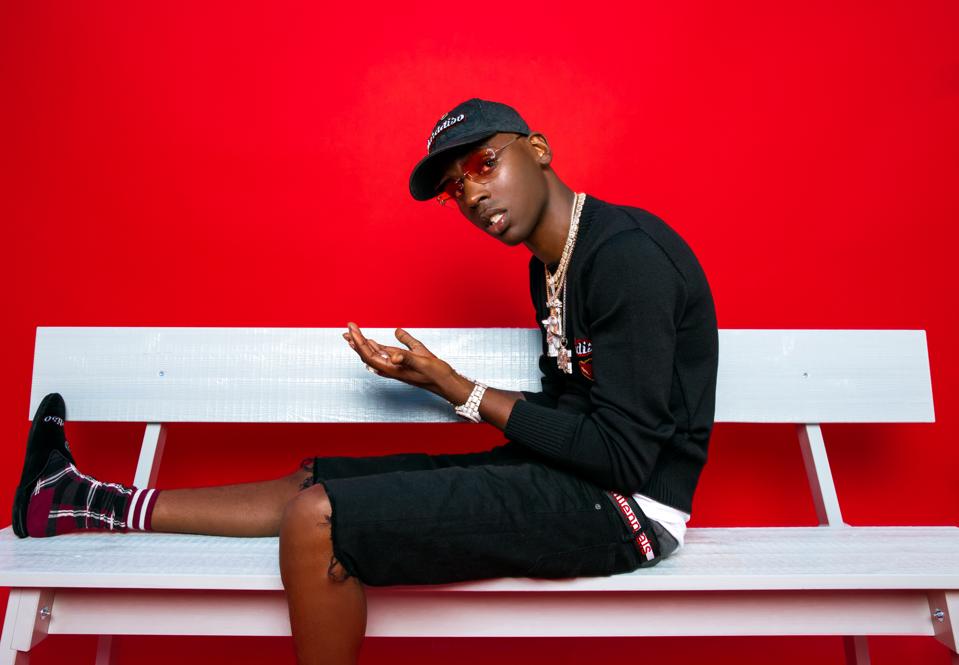 For Young Dolph, there’s not much to do right now other than make music.

“You can’t do nothing that you do outside—your street team, your marketing promo,” the Memphis rapper says about how the COVID-19 pandemic has impacted him. “The only thing you can do is record.”

Though details on a long-awaited follow-up to 2018’s Role Model remain scarce, Dolph has steadily seeded the market with singles over the past few months, including “RNB” with Megan Thee Stallion and the quarantine-themed “Sunshine.” His latest track is “Blue Diamonds,” which dropped just last week.

In the nearly two years that have passed since his last solo full-length, Dolph has mainly focused on his other job of running the independently-owned Paper Route EMPIRE record label. He’s continued to grow his roster by signing and releasing music from likeminded hip-hop artists including Big Moochie Grape, Jay Fizzle and Kenny Muney.

Last summer, he put out a joint mixtape via PRE with Memphis-based rapper Key Glock called Dum And Dummer, which debuted at No. 8 on the Billboard 200. Since then, Glock has gone on to release two more projects that reached the same album charts, with January’s Yellow Tape peaking at No. 14 there. “He’s 22 years old, he’s a millionaire, he got everything paid for,” Dolph says of his young signee’s successes and how it reflects on his own enterprise. “It sounds like I’m bragging, but the people that respect it and the hustlers think, damn the dude did it. He pulled it off.”

Those wins, as well as his own prior projects, demonstrate the PRE CEO’s keen ear for talent and business acumen in this often tricky side of the music industry. “That was my whole thing: if I can get Dolph hot, I can figure out everything,” he says of believing in himself enough to go it on his own rather than taking the major label path. “Once you get up and you finally get across that line and you’ve got a brand to stand on, it’s going to be beneficial. So that’s what I did; that’s where we at.”

It’s been awhile since we had a new Young Dolph solo project, nearly two years now since Role Model. Why the long wait?

If you drop four projects in that year and they’re all doing good consistently, you gotta spend all your time in the studio, all that time in mixing and mastering. I’m not like most artists or most CEOs—I’m a CEO first, then an artist. When I get my music mixed, I’m actually in the studio with the engineer, every project I’ve ever put out. So it’s supposed to always say mixed by whatever engineer I use and Dolph. Then you gotta shoot videos. You gotta travel to all these shows. All of my personal time has been gone. It just gave me some time to catch up.

For you and for the artists that you’ve signed to Paper Route EMPIRE, why has doing things outside the major label system worked so well for you?

All the labels call me about every artist I get. But, man, they don’t want to do that. Kenny Muney don’t wanna do it. Big Moochie don’t wanna do it. Glock, he ain’t trying to do it. Fizzle don’t wanna do it. They’re all like, what we need to go for? We is the major label. I set it up like this and I’d be feeling like they can’t be mad about it. I told myself, if I sacrifice Young Dolph and never sign to a major label and I get Young Dolph hot? I’m going to earn and get all of these relationships and do a lot of networking. I’m gonna know the business, all the way, ins and outs. When you get hot and you’re an artist, you do what you want to do. So by me being the CEO, I take off the Young Dolph cap, I put on the Adolph Thornton, Jr. cap. As long as you’re working, the goals and the plans never stop. With everybody on the same task, everybody’s going to win eventually in the long run…

At the same time, I ain’t going to sit and cap like I never thought about going with a major label. I’ve got real relationships with certain people. I don’t even display it. The thing about me, a lot of s*** that goes on with me, people don’t know like who I really rock with or who I’m friends with. I’m a private person. I keep my business, my business. It’s like, nah, like I rock with y’all, I f*** with y’all, but let me try my way. Right now, this s*** been working for me and y’all see this s*** working for me. That’s why y’all still calling me; that’s why y’all still on my line. As long as I keep going up and keep working, my value is going to increase.

It seems to be working. Apart from yourself, Key Glock has been the label’s biggest success story. How does that impact the rest of the PRE roster?

With other artists, they see Glock like, we know Dolph knows what the f*** he doing, we’re on the way, we’re next. That’s all our mentality. So long as they work, I’m behind them 190%. You just got to know how it is. You gotta feel the temperature, what the streets want. You gotta know who you selling him to. You got all these different products. It’s like my trap house!

Everybody that I deal with, from my producers to my engineers to the camera crews, everybody gotta be worth all this. This s**** ain’t given to us. All this is coming out of my pocket so y’all can not play ‘cause I’m not playing. I’ma always set the best example I can, not just sitting back playing like I’m the boss, I’m the CEO. I don’t even like saying it. It’s cool, it’s a good title now. But at the same time, I’m going to work. Because no CEO ever became a CEO without being a worker, you know what I mean? The thing with me, I still am a worker. I’m one of the artists, one of the products on a label, the biggest, the one that started it.

What advice do you have for independent artists right now who out who are looking for an alternative to the major label system?

It’s cool, but while you’re waiting on even trying to do anything to impress them or try to get their attention for them to even invest in you, try investing in yourself. Just try to keep going up and coming up with new things to do, being creative every day. Make this your life. Don’t try to do the music and try to go to work and try to go to the other job. And if you is gonna do other things on the side, make sure it’s like it’s only for the money just to support what you really want to do and you give it your all. If you’re down to down your last, what are you gonna do? You’re going to either spend the money on your career or you just going to peel off of it day by day, go on dates, go to hotels with girls, get fresh, go impress all your friends that don’t even like you. You don’t even like them. What are you going to get out of it? Me, I’m going to invest in my career. I’ma invest in my future. I’ll invest in little dude next to me just because I see something in him. I’m going to do anything that’s beneficial, that I see bringing my future to life. So that’s my money and my time. 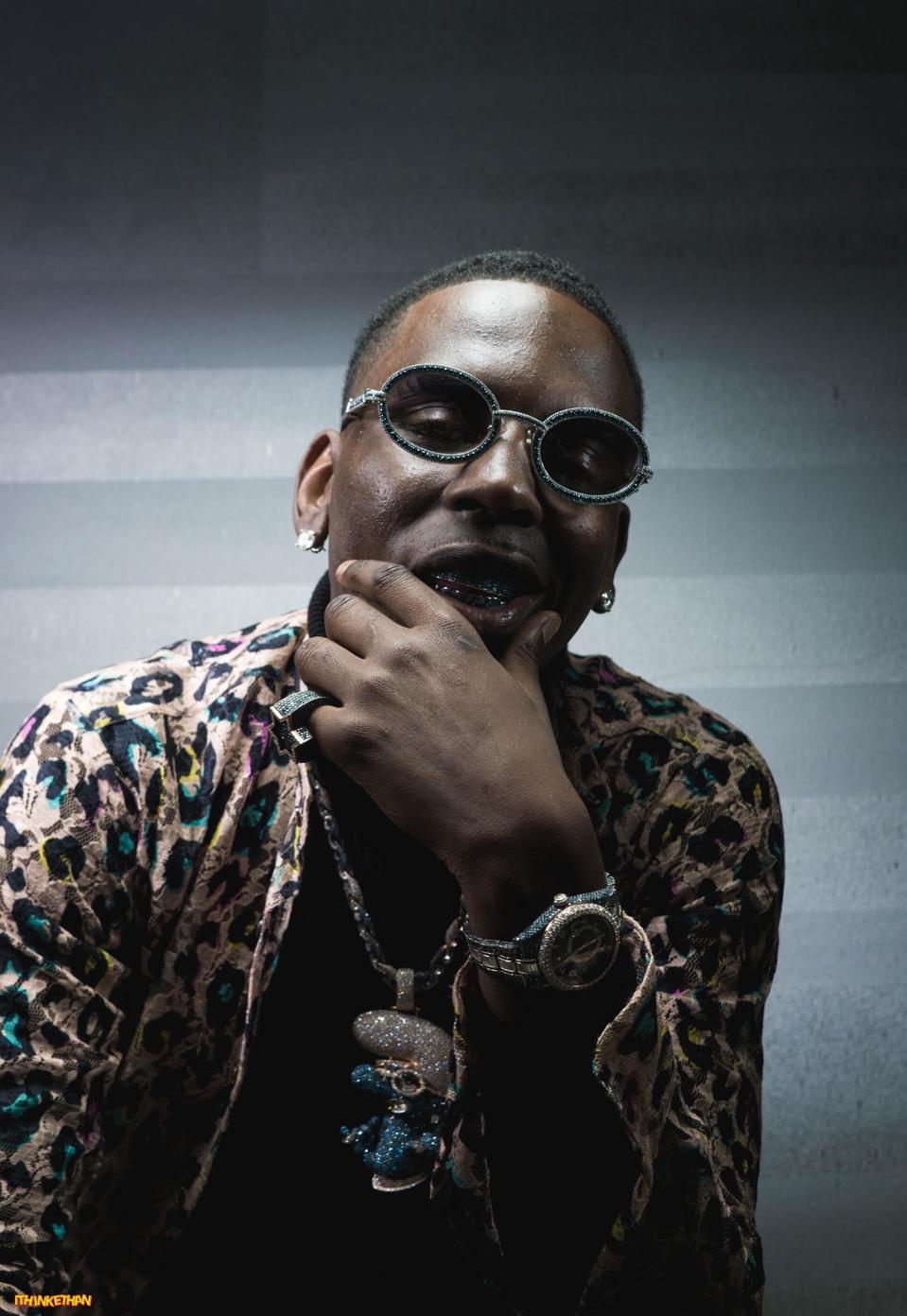 How A Coffee Startup Is Helping Independent Roasters...

Three Marketing Mistakes B2B Firms Made In The...