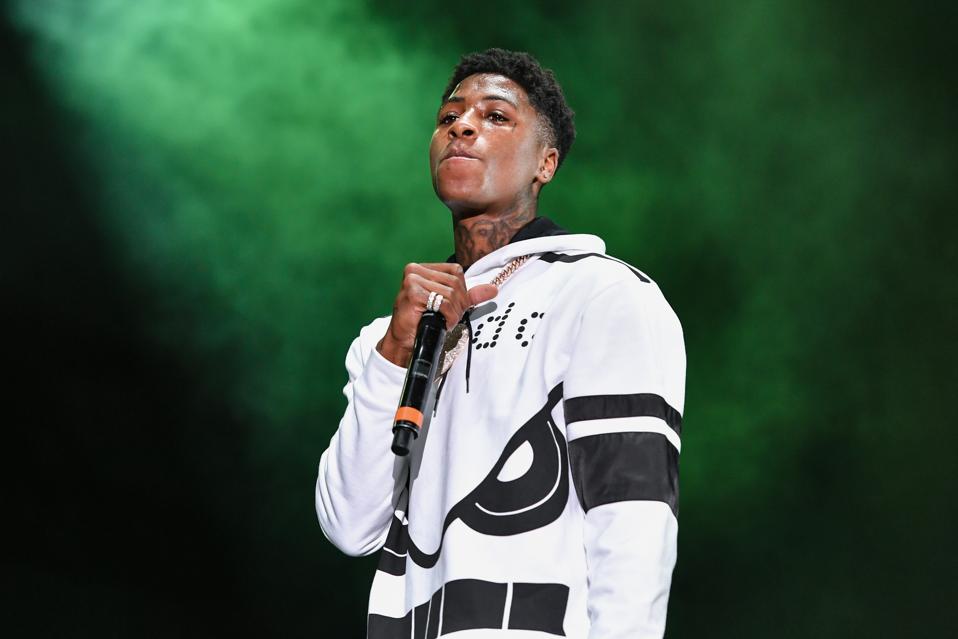 There are 14 songs new to this week’s Billboard Hot 100 (dated Mar. 7). Eight of those are by YoungBoy Never Broke Again, and no other artists are featured on his tracks.

All eight songs are from his new album Still Flexin, Still Steppin, which was released less than two weeks ago on February 21. The 14-song album has already been extremely successful. It’s currently ranked No. 2 on the Billboard 200. This means that while the album ranks below BTS, it has climbed past albums from artists like Justin Bieber, Roddy Ricch, Post Malone and, even, Billie Eilish. He has also released a bunch of new music videos for tracks off his latest album. Some, like “Lil Top,” have tens of millions of views.

Besides the newly entered songs, YoungBoy NBA already had one single on the top chart: “Make No Sense.” This track is currently at No. 79 and has been on the chart for 16 weeks in total. “Make No Sense” is from his 2019 album AI YoungBoy 2, which he released just over a week before his birthday in October. This album was also very successful and peaked at No. 1 on the Hot 200 weeks after its release. Perhaps Still Flexin, Still Steppin will follow suit.

After scoring his first Hot 100 track in 2017, “Untouchable,” YoungBoy NBA has been working hard to keep making hit songs and albums. Today, his success is apparent through Still Flexin, Still Steppin and previous hits. The Baton Rouge rapper is currently on tour.

YoungBoy NBA songs that newly entered this week’s Hot 100 are listed below.

This Stock Has A 4.42% Yield And Sells For Less Than Book

On CRM: From Salesforce To Zoho, Which Of These 10 CRMs Is Really Best For Your Business?

Getting Involved: 14 Tips To Help You Decide...

Why Bitcoin Won’t Be Dethroned As Crypto Market...