Younger People Are Increasingly Developing Colorectal Cancer. Experts Are Trying To Find Out Why 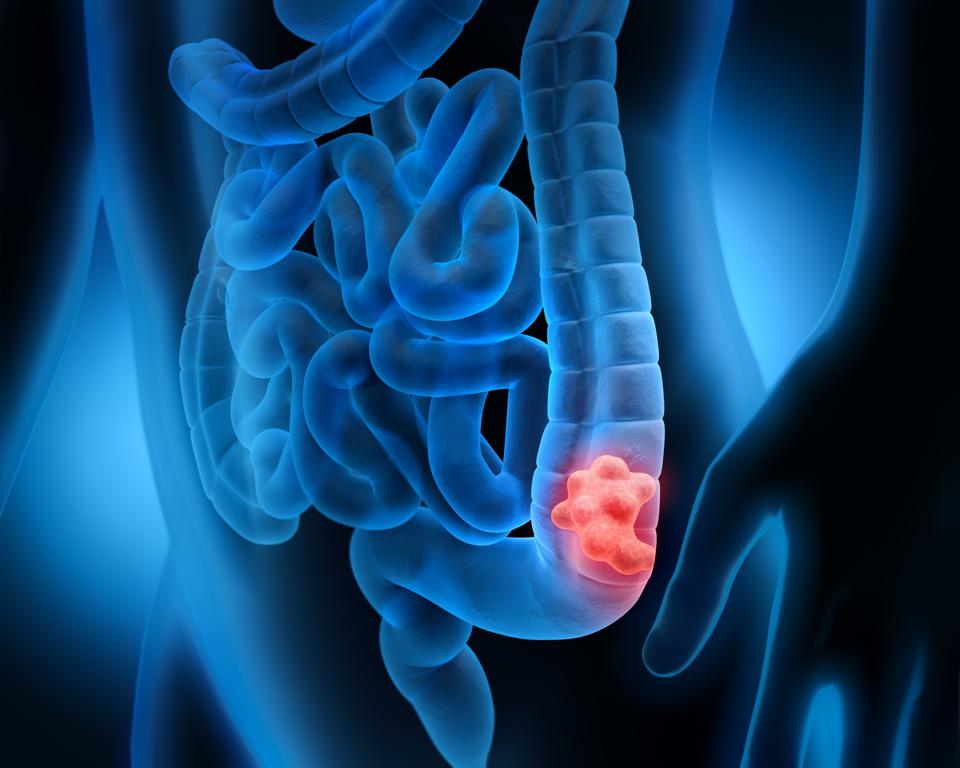 Colorectal cancer is increasingly being diagnosed in younger people as experts call for more … [+] awareness of the symptoms of the disease among people and physicians.

A new report released today by the American Cancer Society shows that the incidence of colorectal cancer is increasing in younger people, but declining in older people.

The report predicts that this year, 49 new cases and 10 deaths per day will occur in people under 50 years old. In the 1980’s the median age of diagnosis was 72, but i the most recent stats available from 2016, this number was 66, meaning half of all diagnoses now occur in people aged 66 or younger. 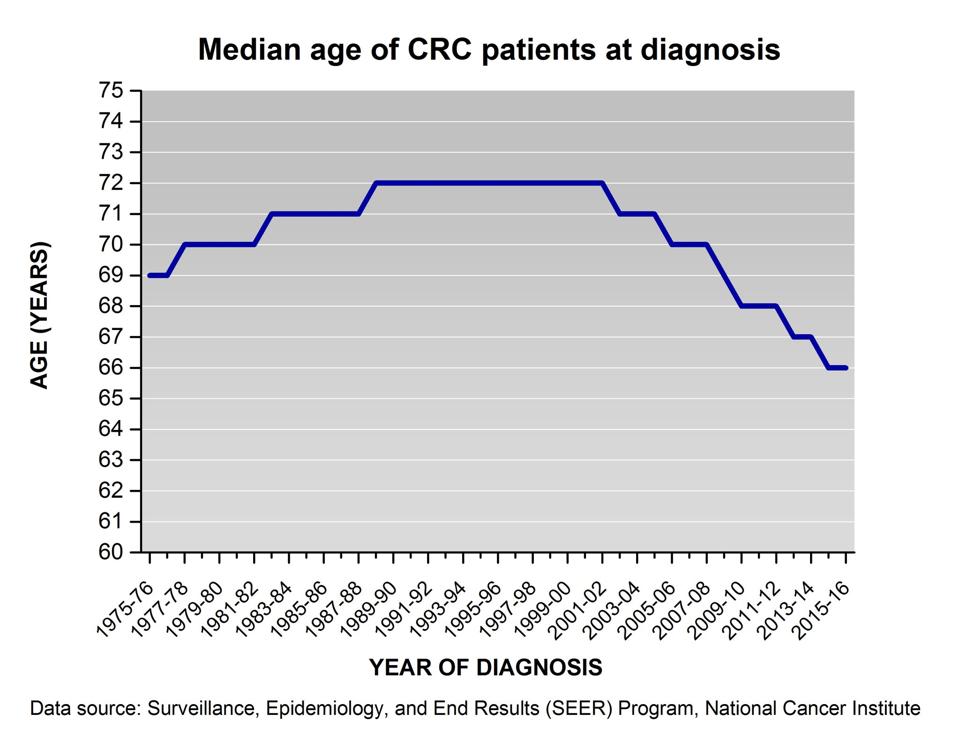 Since the early 2000’s colorectal cancer is becoming increasingly common in younger people.

Colorectal cancer is the third most commonly diagnosed cancer in the U.S. and the third leading cause of cancer death in both sexes.

There was a reduction in cases in people over 65 in the early 2000’s, believed to be as a result of better early detection and screening methods, with rates dropping 3.3% per year between 2011 and 2016. But during the same time period, incidence has increased by 1% per year in people aged 50-64.

“Although overall colorectal cancer incidence and mortality continue to decline, this progress is increasingly confined to older age groups and is marred by vast disparities,” said Rebecca Siegel, MPH, lead author of the report. “Unfortunately, tools that are very effective at reducing the burden of this disease are not being fully utilized. One in three people 50 and older is not up-to-date on screening; many of them have never been screened at all,” she added.

Risk factors for colorectal cancer include smoking and being overweight, with disparities in access to high-quality healthcare such as screening also playing a large role in determining whether people are diagnosed early and what their chances of surviving the disease are. But what might be causing this increase in incidence among younger people?

“That’s a question that everyone is trying to answer and it’s largely a mystery right now,” said Kimmie Ng, MD, oncologist at Dana-Farber Cancer Institute and director of the Young-Onset Colorectal Cancer Center at Dana-Farber/Brigham and Women’s Cancer Center. “These latest cancer statistics really reinforce the previous trends and confirm that there really is a rise in colorectal cancer in younger people,” she added.

Ng’s research at the Young-Onset Colorectal Cancer Center at Dana-Farber is collecting clinical and treatment data from young people with colorectal cancer along with information about their diet and lifestyle.

“We will also collect samples and put these puzzle pieces together to try and figure out what might be causing these cancers,” said Ng.

The research at the center is part of a huge $25 million Cancer Research UK “Grand Challenge” grant, which aims to investigate the role of the microbiome in the development and response to treatment of colorectal cancers.

“We are looking at some hypotheses such as what roles do obesity and diet play, but we are also studying the microbiome. The microbiome is being looked at in so many different diseases, but it’s particularly important in colorectal cancer,” said Ng.

The grand challenge research team, which includes scientists across several different countries, recently published research showing that a particular strain of E. coli found in the microbiome, may contribute to the development of colorectal cancer.

“We will be collecting stool samples from our patients and looking at factors such as the E. coli they identified in the recent Nature paper and whether this is different in younger and older people with colorectal cancer,” said Ng.

The American Cancer Society recommends that screening for colorectal cancer starts at age 45. But this is at odds with the U.S. Preventive Services Task Force, which still recommends starting screening at age 50.

“Right now my understanding is that the vast majority of insurance companies will cover screening at age 50, as most are tied to the U.S. Preventive Services Task Force guidelines,” said Dr Ng.

Either way, people under 45 are not routinely screened unless they have a known genetic susceptibility or family history indicating they are at a greater risk of developing the disease.

“Young people are much more likely to be diagnosed at later stages than older patients. There are delays in diagnosis due to a lack of awareness, for example younger people might not be so concerned about blood in their stool or other symptoms when they are otherwise healthy,” said Dr Ng, adding that an improvement of awareness in both patients and physicians as well as more research into underlying risk factors for developing the disease is needed to increase early detection in younger people.

Some of the possible symptoms of colorectal cancer are blood in the stool, changes in bowel habits, unexplained weight loss and abdominal pain, but many of these can be explained by less serious conditions, often leading people to delay seeking medical help.

“All of these symptoms are pretty non-specific and for a young person, most are caused by more benign conditions. But, if these symptoms persist and are getting worse, talk to primary care providers,” said Ng.

Because of the nature of the symptoms, there is also a certain amount of stigma surrounding colorectal cancer.

“People can feel very uncomfortable talking about these symptoms, or even saying they have colorectal cancer to raise awareness. This contributes to fewer advocacy and organizations dedicated to colorectal cancer. We need to normalize conversations about this,” said Ng.

Ask Ethan: Could Gravitational Waves Ever Cause Damage...

Here’s When The Deadpool Skin Goes Live In...