The 2020 Oscar nominations have been released, as always generating considerable discussion among film fans and critics. One thing’s for sure: this year has a number of beautiful, risk-taking contenders that visually reflect the true potential of films as works of art. The following is a breakdown of the Best Cinematography nominations. 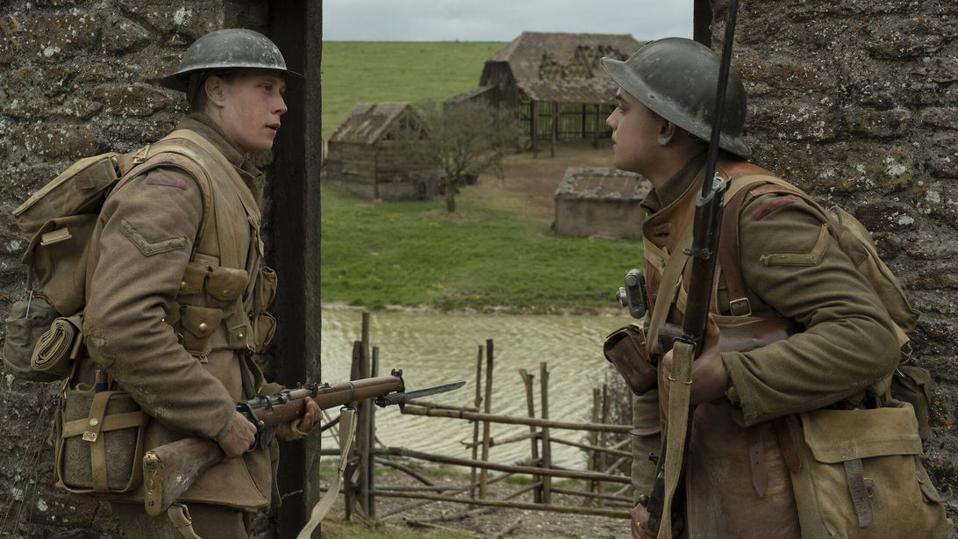 Director Sam Mendes’ exceptional war epic 1917 uses a novel technique: it is shot to appear as one almost perfectly continuous take (minus one evident cut). The technique has a strong pedigree from Hitchcock’s Rope (1948) to Alexander Iñárritu’s Birdman (2014), and the effect in 1917 pulls the audience into the battlefield, feeling as though they too are risking life and limb to deliver a fateful message to the front lines. Deakins shot on prototype Alexa Mini LF cameras with Arri Signature Primes. The large format sensor reduced depth and focus slightly in ways that reflected WWI photos.

Combined with predominantly outdoor conditions, attention had to be paid to external lighting conditions (Deakins predominantly shot under cloud cover to match all footage) and there was no room for additional lighting equipment due to often 360-degree camera turns. Approaching such continuous movement—both camera and of the actors—necessitated elaborate back-and-forth storyboarding. First, a rough storyboard was finished by Mendes and Deakins, then rehearsals with the actors helped to pin down shot and choreography timing. The film feels like you’re in the middle of World War I, a testament to immersive filmmaking. 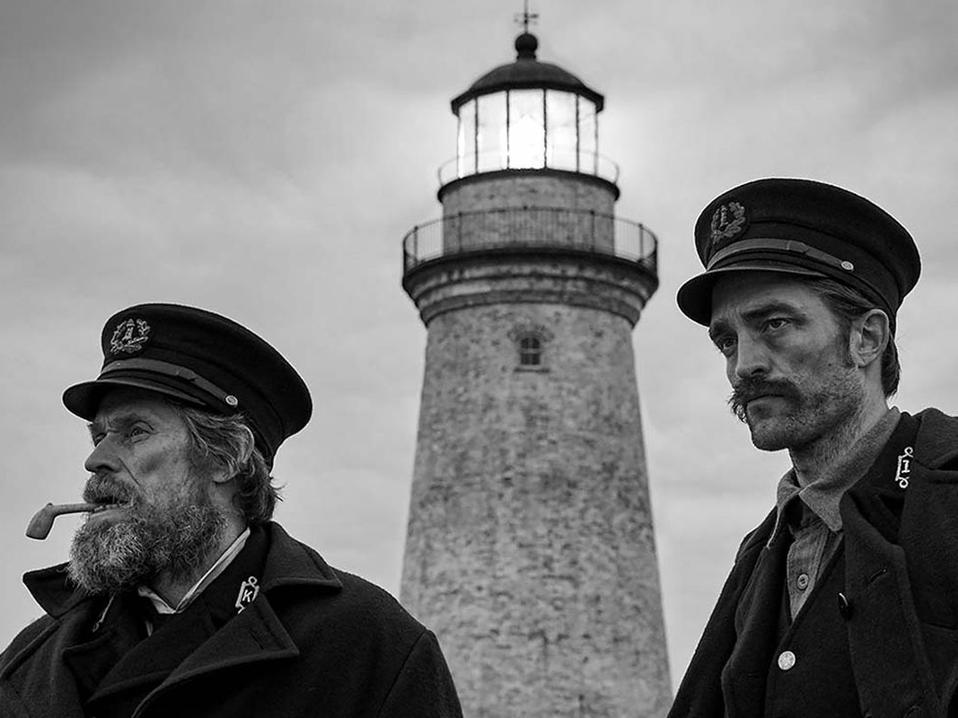 Robert Eggers’ The Lighthouse is a beautiful film, pulling the audience into a world of folklore and legend through the use of beautiful black-and-white cinematography. DP Jarin Blaschke shot on Kodak’s Eastman Double-X black-and-white 5222 film stock in a nearly-square 1.19:1 aspect ratio. Rather than shoot on digital and convert to black-and-white, Blaschke opted for traditional film for the unique qualities of film stock that can’t be replicated on digital. Baltar lenses were found to have great bokeh with less contrast, in addition to highlighting glow and shimmer for an ethereal quality to the shots. Finally, ‘orthochromatic’ stock film emulsions were earlier technologies designed to be sensitive to blue and green light and exaggerating red/orange tones, emphasizing facial blemishes and textures and giving an overall classic-portrait look. The totality of these effects creates an almost mythical and classic look to the film.

Equipment: For non-de-aging VFX, Arricam LT and ST cameras with Kodak 5219 and 5207 stock; for shots requiring de-aging VFX, a three-camera rig with a RED Helium at its center. 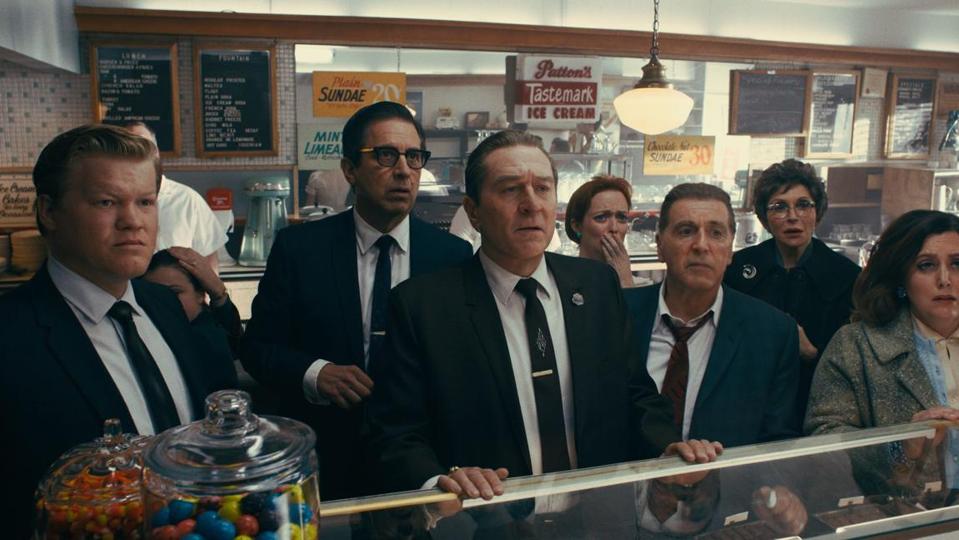 Martin Scorsese’s generation-spanning mob epic The Irishman presented DP Rodrigo Prieto with a unique challenge—to design an approach to the film that both facilitates its decades-long story and its unique de-aging VFX. Prieto designed four different look-up tables to capture the distinct ‘feels’ of different time periods. These include Kodachrome for the 1950s, Ektachrome for the 1960s, ENR ‘light’ for the 1970s, and full ENR for the scenes following Hoffa’s death in 1975. The effect resulted in a decrease in color as decades pass. Simultaneously, each shot requiring de-aging technology used a custom three-headed camera setup with a RED Helium at its center. With two distinct camera setups and dramatic shifts in color profiles to give different ‘feels’ to different eras, The Irishman’s cinematography achieved ingenious effects.

Once Upon A Time… In Hollywood (DP: Robert Richardson, ASC) 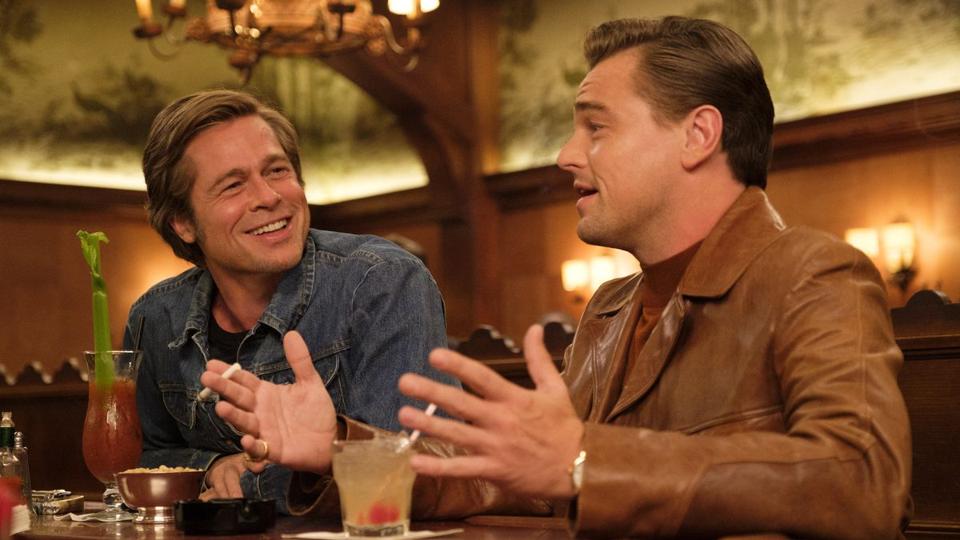 Once Upon A Time In Hollywood

Centering on two fictional Hollywood performers—actor Rick Dalton and stuntman Cliff Booth, OUATIH is a nostalgic look into classic 1960s Hollywood. The throwback film’s aspect ratio correspondingly changes between 1.33:1 and 2.39:1 anamorphic, and it was shot on film on Kodak Vision3 film stocks (5219 500T and 5213 200T) with some Double-X black-and-white for earlier Western footage. Richardson chose film stocks and lighting carefully to achieve high color saturation, a nostalgic look, and high contrast with dark blacks. The resulting look is both very vibrant and alive yet thoroughly in the past.

Todd Phillips’ Joker is largely told through extremes of wide and close up shots. In order to let Phoenix’s performance drive the narrative, DP Lawrence Sher opted to ‘light spaces, not faces’, focusing on full spatial illumination. This allowed for improvisation in performance and choreography. Sher and colorist Jill Bogdanowicz worked together to create a custom LUT to emulate Kodac negative film stock. As Arthur’s journey towards becoming the titular Joker advances, the colors in the film become increasingly vibrant with a simultaneous emphasis on shadow to highlight Arthur’s heightening darkness.

What Do High-Performance E-Commerce Websites Do Differently? Results from the 2020 KPI Study

Rolls-Royce Never Turns Up Its Nose At Social...