Breaking
As Biden Admin Eyes Canceling Student Loans, Taxpayers...
How Social Media Is Helping Cryptocurrency Flourish
Here’s What You Need To Know About AstraZeneca’s...
Mini Gifts: What To Get For Your Colleagues...
Report: Biden Picks Janet Yellen For Treasury Secretary
Policy Priorities
Eight Key Steps To Landing Your Product In...
How Much Room Is There For E-Kick Scooter...
Why We Must Update The Law For The...
The Tax Rules For Home Businesses And Working...
How To Use The ‘E.R.I.C.’ Framework To Tackle...
‘Destiny 2: Beyond Light’ Review: A Frozen Triumph
Five Steps To Faster Market Research
What’s The Upside For NetApp Stock?
Why Automated Machine Learning Is Becoming A Must-Have...
Is The Caruso 2020 A Serious Challenger To...
Home Technology YouTube Channel WawamuStats Visually Tracks Spread Of COVID-19
Technology

As one particularly nasty historical figure once said, “Kill one, it’s a tragedy. Kill a million, it’s a statistic.”

While the Coronavirus pandemic claims more than 1 million cases worldwide, the crisis creeps onto that realm of numbers beyond the mind’s ability to envision or compare. In those cases, visuals can take the place of raw stats to demonstrate the course of worldwide events. One popular social media site looks to do exactly that. 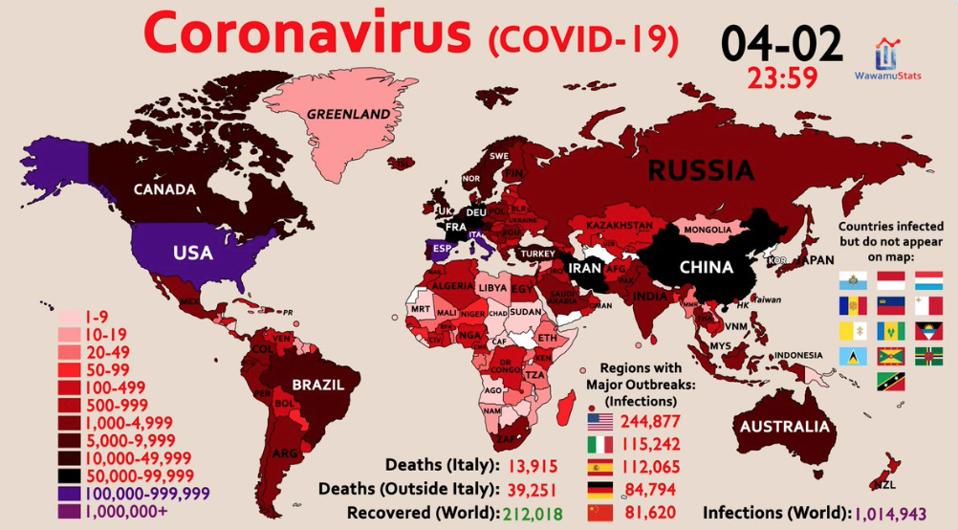 The YouTube Channel WawamuStats piled up more than 76 million views with its series of animations demonstrating the spread and effects of COVID-19. Each social media communique analyzes the problem from a difference perspective. One looks at the continued spread of the illness over a given time period. Another checks out confirmed cases, etc.

In the words of its organizers, WawamuStats believes historical data is fun, but reading about is boring: “This channel makes tedious data into a dynamic timeline, which shows historical data from past to present, sometimes even to the future.”

While the site was originally intended to track general historical statistics such as global population, GDP development and general life expectancy, the current COVID-19 crisis recently became the exclusive focus of WawamuStats. The YouTube page follows the virus stages throughout the United States and the world, using both maps and graphs, tapping into statistics from the Center for Disease Control and the World Health Organization. 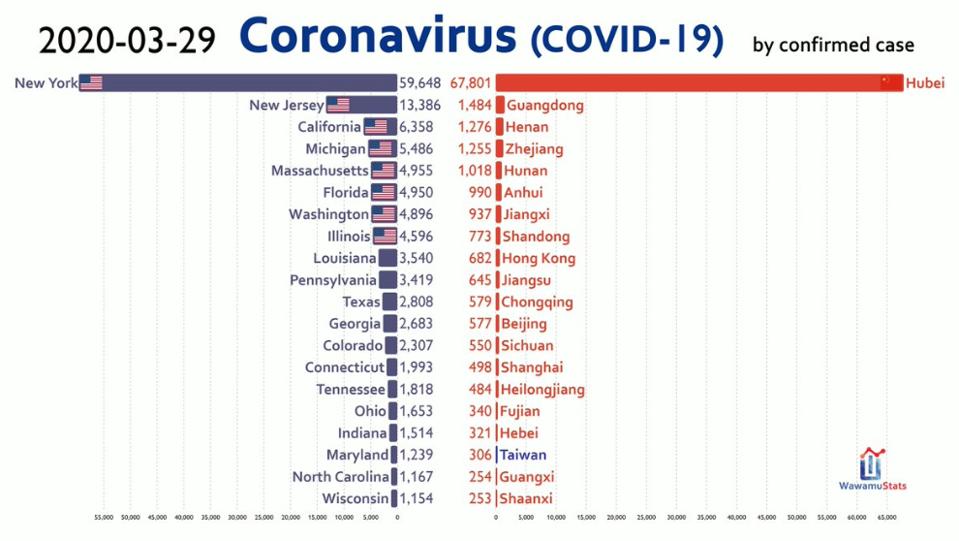 Beyond its maps, the YouTube Channel WawamuStats also employs animated graphs to demonstrate the … [+] Coronavirus spread.

Some of the Coronavirus-themed animations pick up the disease for tracking before it became a page two media story around January of this year. Others track the infection well into the headline-dominating international crisis phase. They prove invaluable for following how, where and how quickly the illness spread.

As political foes harangue each other about whether the spread was the fault of China’s secrecy and dishonesty or President Trump’s stubbornness and incompetence, they can sit back and study the facts of the virus’ build up visually. Like every other visitor, they can make up their minds for themselves without having to read only the numbers.

Sanitizing Your Home: A COVID-19 Q&A With The American Cleaning Institute