YouTube Poop And The “Sanic” Boom: Digesting The Strangest Slice Of Google’s $15B Video Business 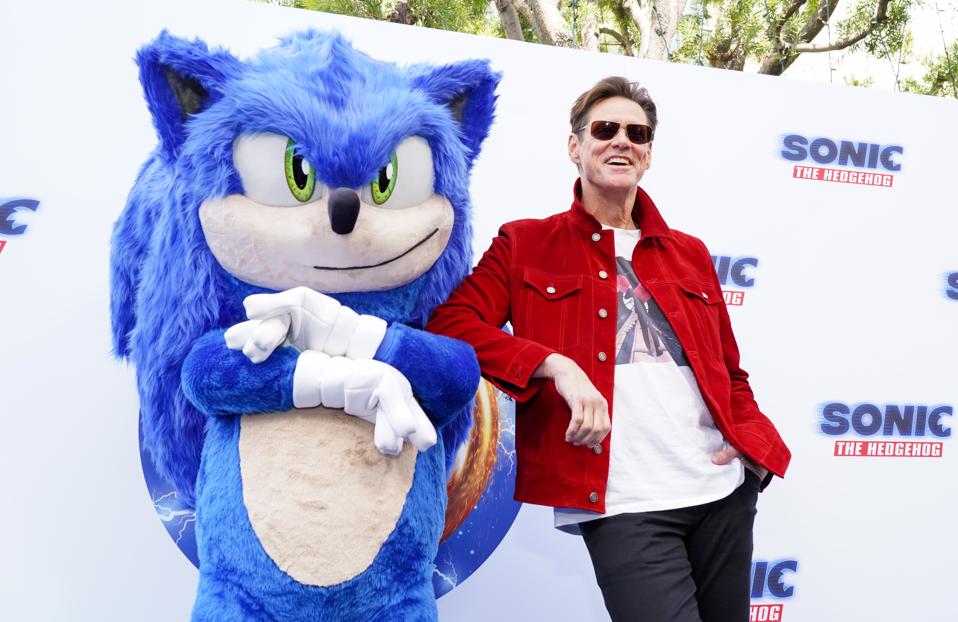 Gotta Go Fast: Sonic the Hedgehog and human co-star Jim Carrey are speeding towards the top of the … [+] worldwide box office, with some help from the cameo of a decade-old internet meme.

Bubbling deep beneath the buzz around Sonic The Hedgehog—the video game-inspired film and No. 2 global box office hit so far this year—is a question the internet had been asking for months: Will Jim Carrey, the film’s human co-star, “poop” onscreen?

He didn’t, but the filmmakers did, when they gave a cameo to “Sanic Hegehog,” a crudely drawn Sonic meme that rose to fame beginning 10 years ago during the primordial era of so-called YouTube Poop. Created by a now-inactive YouTube account, Sanic still pops up in user-generated videos across the web, spouting matter-of-fact catchphrases (“gotta go fast” and “cumon step it up”), accumulating random friends (Thomas The Dank Engine) and even more random enemies (Rick Astley).

It’s not exactly a mass movement, but the supporters of YTP videos are a devoted—and sizable—mob. A single clip of Sanic chasing Sonic through an empty cityscape has clocked nearly 10 million views. Walt Disney spoof “The Uncredibles” has 6 million and what many call the YTP prototype, “Skellington’s Revenge,” a take on Tim Burton’s Nightmare Before Christmas, has 6.4 million. “The Sky Had a Weegee,” which mixes SpongeBob SquarePants with Nintendo’s Luigi, clocked 17 million. Even the 2016 election found its way into the mix, with a mash-up of the fourth debate between Donald Trump and Hilary Clinton approaching 1 million views.

“It’s sort of a rebellion against corporate media,” says Ellie Spectacular, 26, the auteur behind “{YTP} ~ 24601 Releases a Sammich on Parole,” who boasts 100,000 subscribers and 30 million views. “I would define it as a sort of collage in video form. It’s not just limited to what the people in charge say it has to be.”

All it takes to qualify is a base of original—usually copyrighted—media, along with some deft editing skills. Everything is fair game, from films and video games to obscure infomercials and corporate training videos, all of them chopped up into clips that use distorted sounds to avoid YouTube’s intellectual property detectors and pass muster as fair use or parody. In the YTP universe, Luigi becomes “WeeGee”; SpongeBob becomes “SpingeBill” and “snooping around” becomes “pingas,” the word Sanic fans hoped Carrey would say on camera.

It’s an odd corner of the web that becomes a little more relevant in light of Google’s recent decision to break out YouTube’s revenues for the first time. The platform generated $15 billion last year—about 10% of the tech giant’s total. YouTube didn’t respond to a request for comment for this story, and Wall Street analysts were similarly disinclined to weigh in.

Defining YTP’s slice, therefore, is an anecdotal exercise at best, and everyone involved has a guess about just how big a business it could be. A casual poll featuring several startup founders, computer programmers and YouTube Poopers produced estimates of anywhere from 0.1% to 8% of all YouTube videos falling into the category (respondents noted their guesses would be higher if considering YTP by hourly volume instead of total videos, mostly because of examples like this).

By that reckoning, the guess about YTP ad revenue produces an astonishingly wide range, and that’s only if the cut of that $15 billion were a direct correlation. But not all videos are monetized equally—or at all—in fact, only around half are, figures Ellie Spectacular. That means YTP could be anywhere from a high seven-figure business to a low nine-figure business for Google, albeit with some potential for expansion.

“I always think of content like this as sort of the quintessential user-generated content that has sort of fallen by the wayside in the shift to glossier more corporate-friendly content,” says Nicole Perrin, principal analyst at eMarketer. “It seems like this is theoretically at least the sort of content that YouTube might consider falling within the category of ‘edgy’ that it announced new plans to monetize last fall.”

YTP is almost as old as the argument itself, a manifestation of a generation that grew up online interacting with a nearly unlimited array of video content and with easy access to editing tools. Rather than making collages with dry macaroni or glossy magazine cutouts, these creators craft shambling representations of their favorite video game characters, mashing them up with memes from the virtual underworld (often giving voice to intolerant tropes that well up from the web’s darkest corners).

“Basically, the neural network comprised of ‘80s-‘90s kids got in this feedback loop of watching and producing content that could stimulate deep-seated childhood memories,” says Nathan Griffith, a computer programmer familiar with the genre. “And nobody really set out to design YTP to work this way—only a fraction of YTPs ever succeed in releasing enough neurochemicals, and those are the videos that get elevated and then remixed into a new round of poops. So by the time you’re watching a popular ‘Sanic’ meme, you’re witnessing the result of many, many generations of mutation and natural selection.”

That’s one of many reasons YTP isn’t often monetized. Ellie Spectacular says she mostly creates “clean” YTP—not necessarily obscenity-free, but also not the sort of stuff that “punches down marginalized people.” She only recently started monetizing some of her own videos, many through YouTube, with others coming via Patreon, a membership platform where fans can pay their favorite creators directly. She pays the bills with her day job as a warehouse worker.

“There’s something about YouTube Poop that it feels like it would go against the spirit of it to try to turn it into a big monetized for-profit kind of thing,” she says. “I think in this particular case, it changes the art for the worse.”

Bankruptcy Or Bailout? McConnell And Pritzker Give Their...

How Much Technology Debt Is Your Company Taking...