Breaking
Want to Boost Your Business Marketing? Hire a...
What We Know—And Don’t Know—About Biden’s And Trump’s...
The FDA Will Not Inspect Vaccine Production Plants
Three Things Newborns Can Teach CEOs
Got Negative Feedback? Nine Smart Strategies For Handling...
Inclusive Hiring: How To Address Bias In The...
Trump On Student Loans
SAP BrandVoice: How A Synchronized Supply Chain Addresses...
How To Create A Culture Of Appreciation In...
How To Drastically Improve Your Mobile Conversion Rate
China’s Alibaba And Ant Group Billionaire Jack Ma...
The Adorably Cute ‘Part Time UFO’ Is Now...
Trump Will End H-1B Visa Lottery
In The Hot Seat With Forbes Advisor India:...
New Zealand Apparel Brand Aims To Go Entirely...
Among Republican-Led Rural States Vermont Is Vastly More...
Home Business Zooming In – Should SMEs Invest In The Personal Brands Of Employees?
BusinessEntrepreneurshipStart Ups

Zooming In – Should SMEs Invest In The Personal Brands Of Employees? 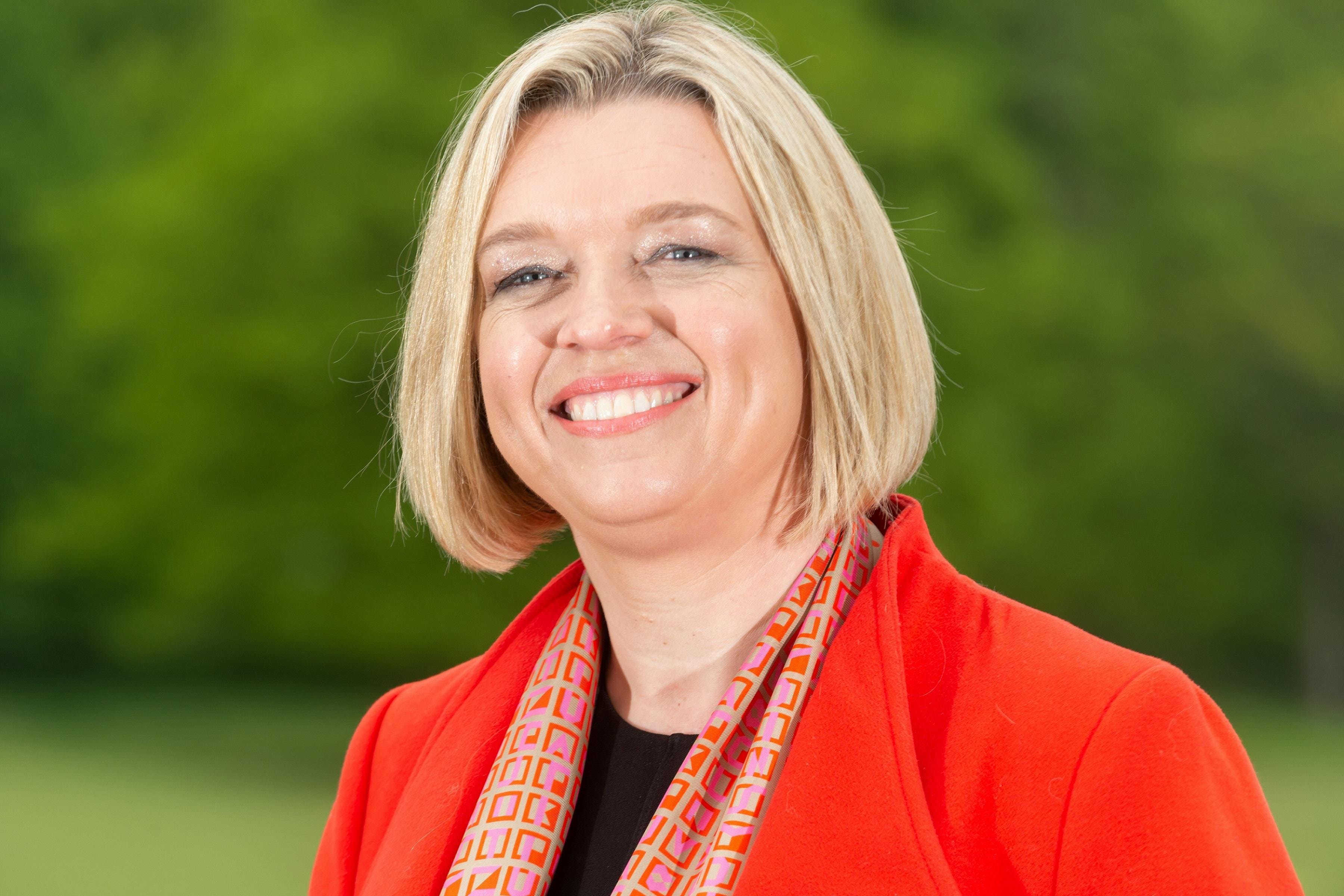 Suddenly, we’re all stars of the small screen.

OK, perhaps that’s over-egging the pudding but it’s certainly true that increasing numbers of us are having to get used to the sight of our pixelated faces staring back at us from laptop and tablet screens as we communicate with peers, talk to our bosses and pitch to clients via video conferencing tools.

And the rise of the Zoom/Teams/Skype meeting has come as something of a culture shock. Once upon a time, you either connected face-to-face or on the phone. Ahead of face-to-face situations you probably took time to prepare, if only by dressing for the occasion. On the phone, dress didn’t matter so much, if at all. You could talk to the CEO of a multinational corporation and potential customer while dressed only in jeans, t-shirt, and your favorite baseball cap. Only you would know. This is why, of course, employees in call-centers aren’t always noted for their sartorial elegance.

And here’s the thing. When video conferencing began to pick up traction at the beginning of the pandemic, it was essentially replacing meetings that would otherwise have taken place in person. Now – in some cases at least – it’s becoming a default. For instance, until fairly recently when I arranged to interview an entrepreneur, it was usually done on the phone. Today, more than 50 percent of my interviews are done via Zoom or Teams. Consequently, I get to see my interlocutors. I see how they are dressed, what their offices look like, and whether they look relaxed and confident when answering questions. As such, maybe I’m getting a better sense of their personal brand – and, worryingly, they of mine.

If you happen to run an entrepreneurial business, there are upsides and downsides to this new visibility. If your staff come across well, a video conference – say, with a customer –  can enhance the brand of the business. If on the other hand, members of your team look uncomfortable, haven’t dressed for the meeting and are shrouded in shadow due to poor lighting, an audio/visual encounter can have a negative impact.

The same is true on social media. If you use Facebook, Linkedin or Instagram to interact with stakeholders, then a lot depends on the perception that you and your team create. Get it right and social media pays dividends. Get it wrong and you, potentially at least,  have problems.

So maybe it’s time for relatively small businesses to pay attention to personal brands. Certainly, that’s the view of  Carlene Jackson, founder of Cloud9 Insight, a cloud CRM provider based in Brighton, England. Although the company is relatively small – around 35 staff – Jackson is encouraging everyone, regardless of role, to develop their own, visible, personal brands.

As Jackson explains it all started with an assessment of her own role as company CEO.  “A lot of organizations are headed by guru brands – people like Richard Branson and Elon Musk. I realized that as a business owner, I needed a personal brand.”

Everyone Has a Brand

A lot of company owners probably feel the same way. As leaders, they are the faces of their businesses, attending networking events, talking to major customers, and perhaps also doing some public speaking.

But owners and founders are by no means the only people who represent their companies. Sales staff certainly interact with customers on a daily basis, but even in the so-called back-office departments, individuals have a profile. “My lightbulb moment was that everyone has their own personal brand,” says  Jackson.

What does that mean in practice? As Jackson sees it, the brand of employees is manifest in their networks,  their presentation and how well (or badly) they are thought of by those who interact with them. Often, however, an individual’s brand has quite a limited reach – maybe only colleagues are aware of it and, to be honest, they probably don’t think of it as a brand.

But this is the age of social media. There is scope to build the brand of the company by leveraging the personal profiles of employees. “I thought it would be amazing if everyone had a voice. If they could tell stories,” says Jackson.

So Cloud9 Insight brought in consultants to teach staff how to develop their personal brands. Teams have been coached in using social media, how to present themselves on video, and how to dress. Equally important, they are encouraged to share stories. For instance, employees make videos. These are passed onto the marketing team, who in turn create blogs around them.

The latter is potentially tricky. We all have work and play personas. How we present ourselves to colleagues and stakeholders in a work situation is often fundamentally different from how we talk to friends about hobbies and(ahem) wild nights out. So isn’t there a risk that that work version of a personal brand will be at odds with the image an individual presents in a non-professional situation?

Jackson says some staff members could create separate Facebook accounts for work and play – but more generally she argues that anything posted on social media should be informed by the knowledge that future employers may well look at it and make hiring decisions accordingly. Thus, she says, there should be no inconsistency between the work and play brands. That’s possibly true but it has to be said that it could make Facebook a very dull place.

Personal branding coaches are familiar figures in big companies, but perhaps not so much in small organizations. Jackson says, there are good commercial reasons for investing in training.

“People buy from people,” she says. “On the delivery side of the business, people will always look up your employees, so it’s important that they have accurate profiles on LinkedIn. At the same time, there are opportunities to share thought leadership.” This creates opportunities to boost sales. Since June, the business – which serves more than 600 customers – has grown 70 percent, with referrals playing a major role in driving new business.

“It has also been fantastic in HR,” Jackson adds. “On the recruitment side of things, candidates are coming directly to HR.”

All of this begs a question. What is a good personal brand?. “It should be authentic and shouldn’t come across as too scripted. And the brand should be relatable” says Jackson. On the technical side photography (on social media) should be high quality as should the cameras and lighting used for video conferencing.

Jackson acknowledges that some employees were nervous at first and the training sessions (which have included a private Facebook group) have involved out of hours “homework.” With coaching, however, confidence has grown. And as Jackson sees it, marketing has become more crucial than ever during the lockdown. personal branding plays an important role.

A $22,000 Microsoft Surface Will Soon Be For Sale…And Other Small Business Tech News